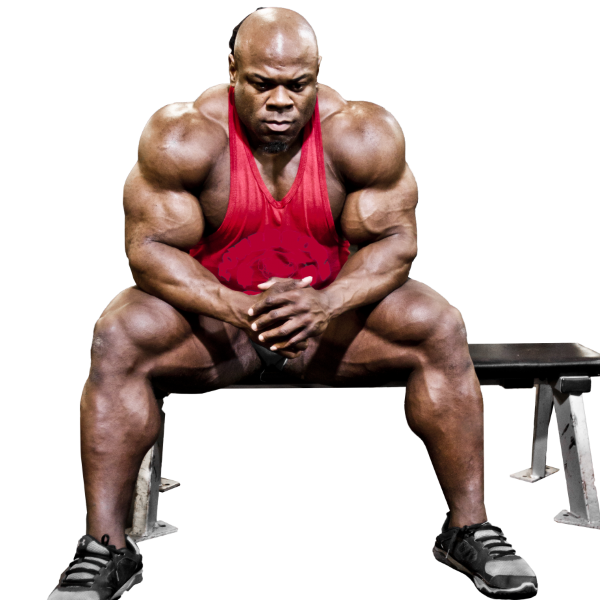 I am not a big fan of Kai Greene’s wannabe-philosophical rants, and I am especially not a fan of his utter reluctance to answer questions during interviews. However, there are a couple of messages which Kai continually preaches that I feel are of great importance in bodybuilding. One such message is not getting cut up in intricate details, but instead focusing on simply getting the work done. In other words, stop worrying about overly specific details, and just get the work done. This current epidemic of being obsessed with minute details, details which in reality hold little to no bearing on one’s success, seems to be growing into a larger problem by the day.

There are few places the reality of this epidemic is clearer than in the overwhelming majority of modern gyms and supplement stores. The variety of machines and strange looking equipment in modern gyms is causing our younger generation to assume that the use of all these different angles and shiny, high tech machines is necessary for success. The same phenomenon is seen in supplement stores today. As a person who worked in supplement stores for a decade, I have seen it firsthand hundreds of times. On a daily basis, I would see young, skinny-fat kids come into the store who have probably never lifted a weight in their life and proceed to ask twenty questions about the pre-workout products, as if the decision of which pre-workout to use was going to make or break them. How we have gotten to a place where young people think that what combination of stimulants and amino acids they drink before their workout is their number one priority in regards to their progress, is beyond me. The truth of the matter is, the only factors in a person’s control that are essential to success are hard work and consistency. Without these two qualities, all of the science, supplements and anal retentive workouts in the world won’t make you what you wish to become. To find validation of this, you must look no further than an upstate New York cow pasture, in the middle of nowhere.

Growing up I had a friend named Jason whose father owned a used car dealership far out in the country, close to where my parents lived and the house I grew up in. Now when I say county, I mean manure stench, no cellphone service, country. Jason’s father also owned a farm, believe it or not. As some country bumpkins may know, many farms have small sheds used to house the electronics and fuses for all the electrical fences. In this case, the shed was roughly a mere 8 feet by 12 feet in size. This small rundown shed, in the middle of an active cow pasture, is where I made the greatest muscle and strength gains of my life.

Based on its appearance from the outside, it does not seem possible that this small, red, run down shed could possibly contain an effective “gym”. When you open the door, this former impossibility quickly becomes vanquished, as you lay eyes on what appears to be a combination of an ultra condensed Metro-Flex gym and a redneck locker room. The opening of the door also exposes you to the gyms distinct smell. This smell being a combination of old rubber mats, spilled fruit flavored supplements, and wintergreen chewing tobacco, courtesy of multiple six-pound-creatine-jug spittoons. The walls are plastered with mostly naked women, supplement ads, and professional bodybuilding posters. The floor is littered with empty water bottles, random pieces of camouflage clothing, aforementioned spittoons, and slaughtered bugs, namely ladybugs and spiders. The four corners of the shed consist of a stack of cheap tools for attempting to keep equipment in working order, an out of place looking surround sound system, a black .22 caliber rifle, and rickety weight plate holder.

The equipment situation is beyond what you might expect in relation to what you have seen thus far, which is obviously not saying much. The gym is based around an adjustable bench/squat rack, 2 Olympic bars, one of which is being held together by duct tape, 500 lbs of random, non matching weights, and Bow-flex block dumbbells which adjust from 10’s to 90’s. The gym also contains a power tower for chin ups and dips, an old nautilus ab machine, and two e-z curl bars. Not to be forgotten is a giant tractor tire at the base of a steep hill behind the gym, alongside one of the many cow fences, which was flipped up and down this hill for cardio. When this was performed, the cows would often follow you up and down the hill, getting some cardio of their own, assuming you are near the fence in order to feed them. Speaking of feeding, it was not uncommon for me to step outside the shed and take part in the wild blackberries and raspberries growing right outside the door if I felt my blood sugar levels dip while training.

Needless to say, the shed had no heat or air conditioning. This meant that in the depths of the upstate New York winters, we trained in heavy clothing, used niacin tablets to heat ourselves up, and performed a good thirty minutes of jumping jacks or in place running before beginning to train. There was one memorable winter when the car lot plow trucks made a giant snowbank right on top of the entrance to the gym. We responded to this by taking however many hours it took and clearing the many feet of densely packed snow out of the way so that we could train. The searing heat of summer was combated by opening both doors and windows, making the shed a sort of a breezeway, letting in the smell of cow manure and freshly cut grass, along with giant moths and enough mosquitoes to make you believe you were training in the amazon rain forest.

Our workouts were very basic, as surprising as that may be. For example, chest day always looked something like this: Started with flat barbell bench. Couple sets around 20 reps, set of 12, set of 8 or 9, set of 5 or 6, then a heavy single or double, followed by one or two drop sets. After flat barbell we performed incline dumbbell or barbell presses as heavy as possible, followed by incline flys as heavy as possible, and that’s all she wrote. I highly doubt that explaining what a leg or back workout looked like is necessary at this point. Here’s a hint: Back days where dead lifts, barbell rows or dumbbell rows, and chins, every time. These workouts were powered by the surround sound system mentioned earlier. Having this five speaker sound system stretched over such a small area gives you an idea of how ear piercing the music would get at times, especially before super heavy sets or personal record attempts.

The majority of the time there were three of us training in this micro gym at once. Dustin, Jason, and yours truly. As God as my witness, I watched Jason grow from 168 pounds to 200 pounds in less than a year, while at the same getting noticeably leaner. Then you had Dustin, let me tell you about Dustin. Dustin would always show up rocking a huge wad of chewing tobacco in his lip, and sometimes would also be carrying a few Bud Lights upon arrival. Despite drinking and chewing during most training sessions, and seeming to have some serious allergy to healthy food, this guy weighed 175 pounds, had a sub 30 inch waist, could bench press double his body weight, and sported arms that were one more mosquito bite shy of 18 inches. In this smelly little shed in the middle of nowhere, void of any fancy machines or supplements, we must have been doing something right.

Next time you find yourself wondering how to make new gains or take it to the next level, you should probably just do the damn thing, as Kai would say. Instead of looking for a miracle training system or supplement, find some heavy weights and lift them with a high level of intensity. This way you will not have to worry whether or not you are doing what is necessary to make changes, because this is what always has and always will work, from the human cows at Planet Fatness, to the real cows out in the pasture who I used to do cardio alongside.