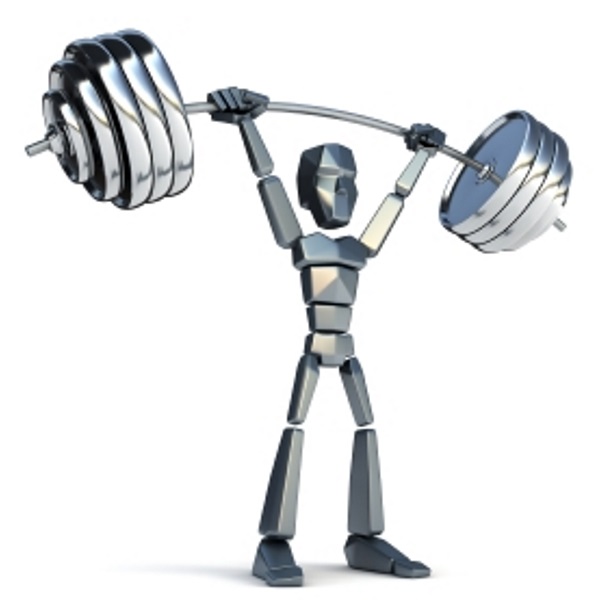 This spring I decided to change up our training and incorporate more team-building drills, with an emphasis on handling adversity—both individually and collectively. One of our main goals during the off-season was to become a tougher team, and when you talk about toughness in basketball, you’re talking about doing all the little things, being held accountable and not giving in to mental or physical fatigue when adversity hits.

I believe energy is extremely contagious, and I often talk to my players about superior body language. No matter what I throw at them during a training session, they have to exhibit confidence by urging their teammates on, having superior body language themselves, and (for extra credit) talking a little trash to me (as long as they back it up with effort)

The workout we used is an oldie but goodie, and after I made a few modifications to fit my group, it worked its magic in our weight room. I was first put through this workout by Hank Behrens, a long-time strength coach at Cal. I named it “Hank the Tank.” It’s a timer circuit I loved to hate for three weeks. The circuit breaks down in a Leg, Push, Pull manner, working from big movements to smaller movements; and since it is a full body workout, we did it only twice per week, specifically following an off-day, to make sure the players were physically and mentally prepared for it.

The “Hank the Tank” exercise circuit is by far one of the toughest circuits you’ll try.

During the season, our lifting sessions were held 2 or 3 times per week, 30 to 40 minutes per session, and our primary objectives were to stay strong, promote recovery and perform at an optimal level on game day. I’ve seen great results with this type of training with my basketball players.

Perform 3 sets of an exercise before moving on to the next exercise. All sets are done at 65% of max. The first two sets, do 10 reps, then do the third set to failure. If a player hits 20 reps on his failure set, then the following week either bump the weight up or make sure he hits more than 20 reps on his last set.

Breakdown of a Week’s Work

Adversity Factor
What makes this workout more brutal than performing 10 reps at 65% of your max is that you are on a timer and you’re paired with a teammate who is stronger, weaker, taller or shorter than you. I intentionally pair up players for whom it wouldn’t make sense to partner up. I do this to force communication. On a timer, each pair has one minute to complete their individual sets, including adding or removing weight, adjusting bar height, and making sure their partner completes his set within the allotted time. If for any reason the players don’t communicate with each other, don’t hustle from set to set or don’t finish their set on time, a “turnover” is assessed and the whole team must go back and re-do their last set.

This little penalty reveals how well the players handle adversity. But if the groups work great together, helping each other out, communicating, and getting through their sets without a turnover, then I reward them with a “double bang.” (In hoops, a double bang is a defensive stop followed by a score. They are pivotal in extending leads or coming back from deficits.) The goal for the team as a whole is to get as many double bangs in the bank as possible, so that if there is a turnover, they won’t have to go back a set. I just subtract a double bang from the bank.

Tough Tuesday
Due to the nature and physical demands of the workout, it is only performed twice a week following a day off. This opens up training days and allows the players to get outside, away from the court, and train in environments where they are not as comfortable. We have a large hill near our campus, and every Tuesday we meet at the hill for a workout. We do exercises like Soldier Crawls, Bear Crawls and Crab Crawls with 20-pound weight vests (courtesy of Harbinger Fitness). Everything is timed and a competition, seeing who finishes fastest. Every week, we increase reps on the hill and finish with a “call out session,” in which each player can challenge another, racing him to the top of the hill (minus the weight vest). We also increase the number of reps in the call out sessions as the weeks progress.

Friday Fun Day
This is a circuit done on a track, where multiple stations are set up incorporating Sled Pulls, Sled Pushes, 200-Meter Runs, Med Ball Slams, Hurdle Hops and Heavy Ropes. The circuit is timed and players are partnered up. The pairs stay at each station for 35 seconds, until a “rotate” command calls them to hustle to the next station and be ready to work. Rest time is minimal and players are forced to fight through fatigue, work together, thrive in adversity and beat the circuit.

As much as players can frustrate coaches at times, I truly believe players want to improve and want to make you proud as a coach. If you’re preaching the importance of toughness, handling adversity and teamwork, they will improve on these intangibles. As coaches, we can accelerate progress by spotlighting behavior that epitomizes what we want to see during workouts. At the end of each workout, I like to highlight the good, what we need to improve on and how far we’ve come from previous workouts.