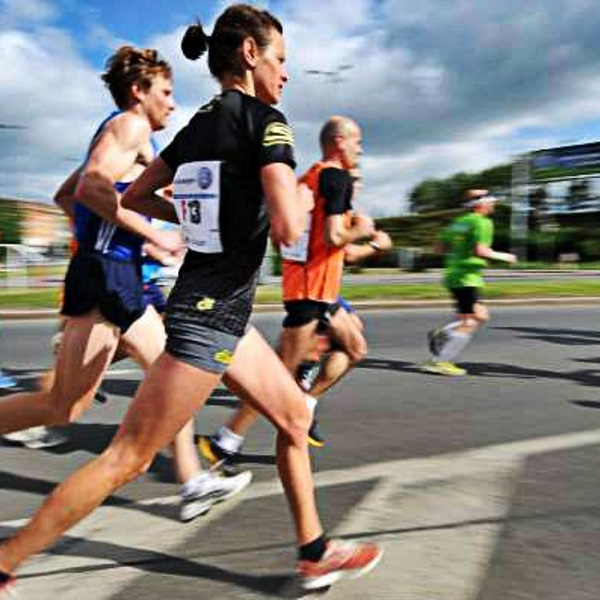 All training fits into four broad categories. In order, these are:

There are many ways to individualize and tailor your training within each group. But the categories remain the same.

As I wrote in a Coaches Only article a little while ago, these are the four fitness pillars. Following this, I was ecstatic to see Charles Staley say the exact same thing in his article here. When you’ve got two experienced people in complete agreement, it’s a solid head’s up that what is being said is worth of remembering.

While there is a logical, sequential order, these categories are also related. This makes it possible to work on elements simultaneously while still prioritizing one at a time. Body composition comes first for one simple reason: being overweight has an adverse relationship with health and fitness, as well as your mental state.

Your training and diet should make you better and healthier.

Controlling your diet is the first step toward peak athletic performance.

The BMI (Body Mass Index) is often maligned as an inaccurate way to assess risk in athletic populations. But there is sufficient research to show BMI is a valid tool. While some outliers at the upper and lower ends may fall into undesirable ranges, I have yet to meet many healthy people in these ranges.

Many people are lost in a game of trying to be big. The number on the scale is all they care about, regardless of whether they’re fat or lean. Unfortunately, the heart can only handle so much stress before it becomes damaged, and adding enormous amounts of muscle adds considerable danger. A good number of people who fall in this category also use drugs to help them get there. While I don’t think steroids are the devil they’re often portrayed to be, there are real risks associated with their use. Strike two for chasing excess muscle.

It’s time for a reality check. Use BMI, your waist measurement, and body fat scales to figure out where you should be. For reference, an athletic male should have between 6-13 percent body fat, while a female should have 14-20 percent. This study1 found body fat was closely linked to BMI measurements greater than 30. In other words, if your BMI is 30 or more, you are likely to have a corresponding body fat percentage.

BMI is simple to calculate and can be done using this page here.

The healthy range for me, as an example, is between 65kg and 86kg, making my score 18.5 to 25. However, this is only part of the equation, as BMI alone isn’t a great indicator of heart risk.2 Not surprisingly, fatness is also an indicator of future risk,3 and the measurement of your waist is the current benchmark.

Take Action Outside of the Gym

The first thing we train for at Read Performance Training is health. Ironically, even in these times of “functional training,” people are often more worried about what they’re doing in the gym than they are about life outside the gym. I know my clients agree that they’d rather have a little less on their deadlift and live a bit longer. That’s why our first job as coaches is getting body composition to acceptable levels. Food tracking becomes a large part of this process, as does the effort to create new habits and educate people about what to eat and when.

But here is where people get derailed. At this point, with only a little understanding behind, people start to worry about whether one type of training is better than another. Let me give it to you straight. If you are overweight, what matters most is what goes in your mouth. Concentrate on that.

Work Out Longer, Not Harder

People want to talk about the differences between interval workouts and steady-state exercise when it comes to fat loss. They opine about EPOC (post-exercise oxygen consumption, or the amount of energy required to allow you to recover after exercise). Did you know that the difference between a steady-state workout and an interval workout is 7 percent?

Just to give an example of how little EPOC matters, consider that I burn 30cal/km riding my bike. In thirty minutes, I can ride 15km and burn 450cals. The amount of energy consumed is largely a factor of how far I travel, not how fast.

Steady-state cardio aids in weight loss.
Choose aerobic-based workouts that won’t take a toll on your body and delay your next training session.

If I were to do that workout as an interval session, it would take longer due to the rest time needed between intervals. So instead of taking thirty minutes, it might be closer to sixty. In this case, all that extra EPOC amounts to 31.5cals – the amount of energy found in a single pretzel.

When it comes to training for fat loss, the decision is simple. Pick the workout that burns the most calories in the most sustainable way. In 2006 La Forgia et al did a study4 on high intensity work and found that:

“[T]he earlier research optimism regarding an important role for the EPOC in weight loss is generally unfounded. This is further reinforced by acknowledging that the exercise stimuli required to promote a prolonged EPOC are unlikely to be tolerated by non-athletic individuals. The role of exercise in the maintenance of body mass is therefore predominantly mediated via the cumulative effect of the energy expenditure during the actual exercise.”

Another downside to all this high-intensity training is that even if you work so hard you stimulate EPOC – and as the researchers noted, this is unlikely – it will take you a day or two to recover. Meanwhile, the person who did a slightly easier session is able to go back out the next day and burn another 450cals. At the end of a month, when you’ve burned 7,000cals and they’ve burned 13,500cals, who is going to look better?

All this is predicated on eating well. None of it will make any difference if you’re snacking on pizza every night and eating M&M’s by the bucket (even though I swear the peanut ones are totally paleo).

Rule one is that your training, including the associated diet, should make you better and healthier. If you’re trying to eat your way into a bigger deadlift but you don’t compete in a lifting sport, you will probably make things worse for yourself in the long run. Get your eating under control this year and watch how easy it is to nail down your other health and fitness goals.