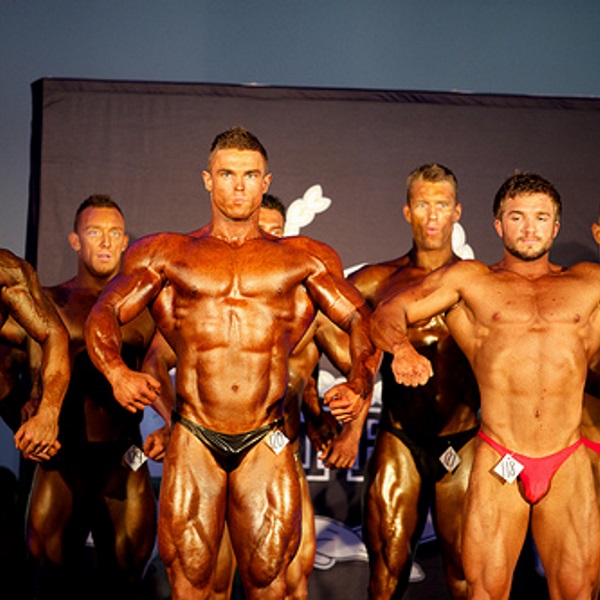 The answer to the question in the title is without batting an eye—YES. If you’re anything like me, checking the results of recent IFBB Pro Shows leaves me scratching my head. What direction is the sport going? Is it going down the same path that it has for several years, or is it transitioning?

Where It All Began
In the early days the sport of bodybuilding was all about symmetry and aesthetics. V-taper, tight waistlines, vacuum poses, and aesthetic conditioning. Then there was a transition into the “mass monsters” where the sport got away from tight waistlines and overall conditioning and started awarding the biggest freaks on the stage first place—even at the expense of some competitors looking pregnant on stage when not controlling their midsection. This change in physiques caused a domino effect where all competitors then went back to the drawing board to figure out how much and how quickly they could put on size to compete with the larger, more muscular competitors. This seemed to go on for years. Then walks in Arnold Schwarzenegger at the 2015 Arnold Classic in Columbus, OH pointing his finger in disgust at the judges saying they are hurting the sport and that the vision of the judging panels needs to go back to the good old days of symmetry and aesthetics. Did that happen? Yes and no. Has the sport “evolved” more so than “change”. It seems these days when you say the word “change” it seems to make people feel a negative vibe as if whatever will happen will be for the bad. So maybe the sport is simply evolving into the next form of the sport, like a Bodybuilding 2.0. If you ask most people today if they feel the sport is entertaining, the answer would be yes. So what’s the NPC/IFBB to do?

The Demand for “Change”
Last year in Columbus at the Arnold Classic, the man himself, Arnold Schwarzenegger, took to the mic and had some criticism of the judges after the show was over—and he didn’t hold back. Arnold’s vision of the sport bleeds of the days where he was on stage competing against Lou, Franco, and the likes. But where and when did the sport go sideways? The sport is very subjective and has several judges who can be looking at different pieces of an overall physique differently—it’s certainly not an easy job. You can look at one competitor who isn’t as big as another but is much more conditioned and is striated all over but that individual places poorly due to lacking size. Arnold looks at the NPC/IFBB judges for the answer.

For years the NPC/IFBB has compared size and seemed to have put that up on a pedestal as a key attribute when judging competitors, but that shouldn’t be the only thing they look at—and it’s not. Honestly, you have to respect the judging panel, as many of us would have a very difficult time scoring what we see on stage and deciding on who the clear winner should be as well as the following placings. It takes a lot of hard work in the gym, dedication, food prep, and rest to achieve the size of competitors today. There’s a lot they sacrifice to be the best in the world. So can you really blame the judges for awarding the biggest and baddest athlete on stage? I can’t, and here’s why.

Don’t Shoot Yourself in the Foot
Look at the sport as it stands today. Have you been to the Arnold Classic or Mr. Olympia shows? Have you been to the expos at the events? It’s a circus. Not in the sense of wild animals walking around—well, I take that back, some people at the events could be considered wild animals. But I’m talking in the sense of there’s so much going on surrounding the event. The Arnold hosts 70 events and has more than 18,000 athletes competing. The expos are slammed packed and basically at capacity with more than 900 booths set up. People walk around visiting their favorite bodybuilders for pictures and autographs. And don’t forget about all the free samples you get to leave with. The sport is hotter today than it has ever been. One can only assume that the transition of the sport is due to the mass freaks. So why WOULD the IFBB want to change the way they judge and the status of the sport? Can you blame them? With competitors coming from all over the world as well as spectators filling up the seats, they’re doing something right. While the image of the sport isn’t where it was back in the days of Arnold’s glory, the sport is still growing.

Not to knock natural bodybuilding, but look at the attendance and overall physiques on stage and ask yourself how that compares to the NPC/IFBB athletes. No comparison. People fill the seats of an auditorium to see some of the biggest freaks on the planet do battle with each other to see who comes out on top at the end of the night show. They aren’t filling up auditoriums to see 160 pound guys jump on stage in a banana hammock. Not as appealing and entertaining, right? You see where I’m going with this.

Personally, I find the physiques of Cedric McMillan, Dexter Jackson, Melvin Anthony, and some “old-timers” such as Shawn Ray, Serge Nubret, Arnold, Flex Wheeler, Frank Zane, and Steve Reeves to be the “ideal” look for bodybuilding. While each has slabs of muscle, all of them are symmetrical, aesthetic, had tight waists, and amazing v-tapers. That’s the look I think the sport should get back to, but again, do you fix something that isn’t necessarily broke? After all, bodybuilding is a sport that is meant to be entertaining to its fans. But if change does occur, then what happens to guys like Phil Heath and Kai Greene? Do they fade away in the field? Do they go back to the drawing board and figure out how to tighten up so they aren’t as “thick”? You see another dilemma here as those two names are two of the most famous names in the sport right now.

The NPC/IFBB is Evolving
While the sport of bodybuilding and the visual of the sport has changed, the NPC/IFBB is evolving. A few years back the NPC/IFBB opened up a new division called Men’s Physique. This division is more of an aesthetically pleasing, less muscle mass, board short wearing type of division. The division allows guys who are in shape (think of a fitness model physique) but don’t possess the thick muscle density and overall thickness that the bodybuilders have on stage a place to compete and show off their hard work.

Likewise, this year the NPC created yet another new division—Men’s Classic Physique. This division is more of an “in-between” division where it isn’t bodybuilding caliber size and muscularity, yet it isn’t a (dare I say) smaller, more mainstream type of physique. In an interview with Frank Sepe for NPC News, Jim Manion said this division “will highlight proportion, symmetry, pleasing lines, and a small waist. In short, the focus will be on aesthetic qualities in harmony with muscularity and condition.”

This addition isn’t necessarily a bad thing for the sport. In fact, there are many competitors who are considering making the switch to this division merely because they don’t have a home in bodybuilding since they aren’t big enough, yet they are too big for the Men’s Physique division. For example, IFBB Pro Bodybuilder Darrem Charles is stepping back on stage to compete in the Men’s Classic Physique division. It will be interesting to see what athletes step down or step up to this new division and call it their new home. Darrem says he’s in it to win it so he will be a strong contender in this division.

The Finishing Touches
The show ends and the winner is crowned and you have the groups who are happy with the result and those who are disappointed. Either way, everyone showed up to the venue, had a good time and enjoyed the show. The sport is growing with no end in sight. The more the NPC/IFBB listens to their audience and gives them what they want to see and creates new divisions to further add more friendly competition, the more people are going to flock to the fitness industry. This gets more people into health and fitness and can help change lives. So is that really a bad thing in the end?

I wouldn’t consider the current positioning of the NPC/IFBB to be taking a step backwards. While the term “bodybuilding” can be perceived as the good old day of Arnold and his crew, it can just as easily be thought of in today’s world of entertaining routines and mass freaks. Have you ever seen some of the pro’s routines on stage? You have break-dancing, feats of flexibility for someone their size, and straight up dance-offs. While the view of the term “bodybuilding” might have changed, the sport and competition is still there. And without a doubt, the sport will continue to grow and evolve as long as the fans fill the seats. Just as you were entertained over the years, the best is yet to come.