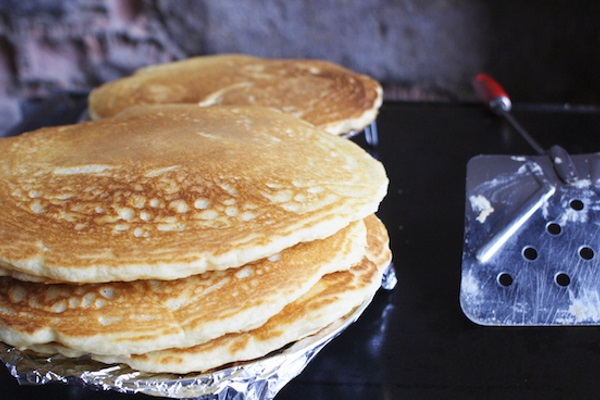 Fueling J. J. Watt is no easy task. For one, he’s massive—6-foot-5, 288-pounds, to be exact. Second, his work ethic both on the field and in the weight room is unmatched. When you’re that big and you work that hard, you need a ton of calories to keep you going.

It was recently revealed that Watt eats roughly 9,000 calories a day to keep his energy levels high and his bodyweight where it needs to be. And many of those 9,000 calories come from his massive breakfast. They include traditional staples like eggs and toast, but Watt recently added a unique item to his morning meals—cottage cheese pancakes. He says, “I’m a huge breakfast guy. I recently started making these cottage cheese pancakes. They’re something new, but I’m a big fan.”

Although cheese curds in pancake form may sound odd, it’s surprisingly tasty and has some great nutritional benefits.

For one, cottage cheese is high in protein. A one cup serving containing about 25 grams (and low-fat versions contain slightly more). Watt puts his muscles through hell and back every single day, and the extra protein helps him rebuild them and come back stronger.

According to Roberta Anding, a former dietitian for the Houston Texans, the protein in cottage cheese is especially useful. She says, “Cottage cheese contains casein, which is a slow-acting protein. It’s time-released throughout the day. So if you combine that with things like buckwheat and blueberries to make a pancake, that can give you a really good way to start the day.”

If you want to start your day like J. J., give this cottage cheese pancake recipe from Anding a try.