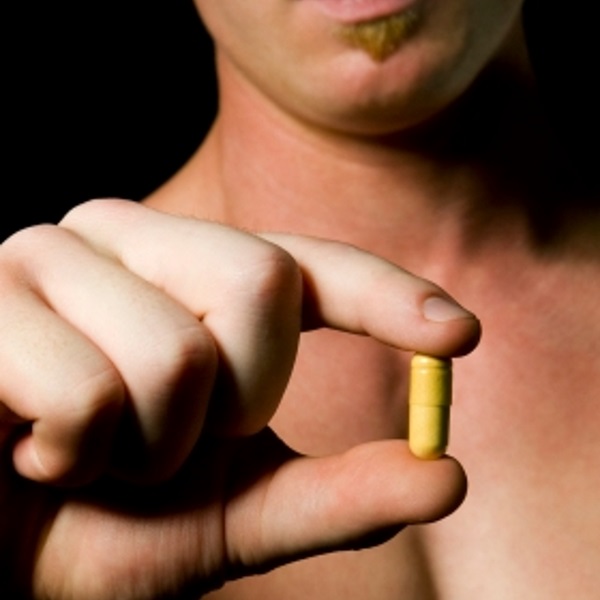 Prohormones used to be cool…really fucking cool actually! Back when things were new, it seemed that people like Patrick Arnold, Bruce Kneller and Bill Llewellyn were bringing out the coolest new compounds for us all to experiment with…

We would push the envelope, trying to find a way to use compounds that were safer than steroids yet still delivered results. Some of us did crazy shit like inject prohormones for fun, while others came up with amazing new delivery systems.

One thing was the most fun…spirited debate that bordered on the offensive and company owners fighting tooth and nail to push their technology. Pat Arnold and I used to fight round and round with me buttressed by the STEROID GOD SETH ROBERTS.

The boys on Anabolic Minds and the Mind and Muscle forum would sit down and watch the PROHORMONE WARS go down battle by battle. Most of the time the battles were about what to take and who’s prohormone is better than the other. Occasionally, the wars spilled over to discussing delivery systems like sublinguals (under the tongue), topicals/transdermals (on the skin), liquids and pills.

Behind the delivery systems were genius men like Par Deus (the original owner of mind and muscle). Par, pushed the envelope of topical delivery and pushed it from simple Alcohol (Biotest) to alcohol and isopropyl myristate (Ergopharm) to an advanced mix of carriers and disruptors found in ONE and ONE+.

Back when I started in this industry (circa 2001) there were a few simple prohormones on the market and everyone used them in various combinations to get maximum results. Amazingly, the industry has come full circle and basically the same cast of prohormones are available today just in their DHEA form.

Before the world went crazy with steroids being sold as prohormones and every tom, dick and harry making VILE concoctions of various steroids that have nothing to do with each other there were 5 basic prohormones:

Avant Labs had two steroidal topical products ONE and ONE+. These simple “cycles” still represent the most intelligent mix of prohormones on the market today.

“The only difference between the two, other than ONE having a bit more 1-test per serving, is the inclusion of 4-AD in ONE+. The primary thing this is going to do that could not be provided by an equipotent amount of 1-test, is to provide estrogen. This will have a number of effects.

First, it will cause some fluid retention, which will not only increase strength, but it should ultimately lead to greater muscle growth, because hypertrophy is all about tension overload on the muscle fiber. It might directly aid protein synthesis by increasing cell volume. Estrogen also more directly aids muscle building by increasing androgen receptor density, increasing growth hormone and IGF-1 levels, and enhancing glucose utilization by the muscle.

The precense of estrogen is also necessary for the manifestation of many of effects normally associated with androgen use, such as increases in CNS stimulation/strength, libido, and aggression. Due to their lack of aromatization, and the fact that they suppress natural test (thus, estrogen), users of 1-AD, and 1-test by itself, actually experience as decrease in these areas rather than an increase.

Thus, I think it is definitely advantageous on a bulking cycle.

On the flip side, estrogen also causes some effects that one might prefer to avoid. As mentioned, it causes water retention (though, the amount from 4-AD is in the 3-4 lb range, rather than the 10+ one might get from a testosterone ester). In addition, it can also cause increases in body fat. Thus, ONE is probably the product of choice if you are dieting.”

THE BEST STACK FOR BULKING

Thus according to Par Dues the best stack for bulking is 1-Testosterone and 4-Andro. The combination of the two will give the best results with the lowest side effects. They make for an easy cycle that gives great results when stacked with proper diet and exercise. Seems like one of the father’s of modern prohormones is just as right today as he was in 2002, nearly 15 years ago. Sometimes OLD SCHOOL KNOWLEDGE is still the best.

Even back then, almost 15 years ago it was well known that each body is different. Thus, the directions for ONE+ were as follows:

Each 8oz bottle contains 1-Testosterone and 4-androstenediol and lasts 15-30 days.

So, what that means is that if you are a naturally good responder, then a single bottle would work but for men that don’t respond as well, you may have to buy two bottles in a month.

That should be enough “estrogen” to offset the side effects of 1-DHEA and give clean results that everyone can enjoy.

Keep this stack in mind when you are considering a prohormone cycle and you will find yourself with the cleanest gains on the planet with little to no side effects.