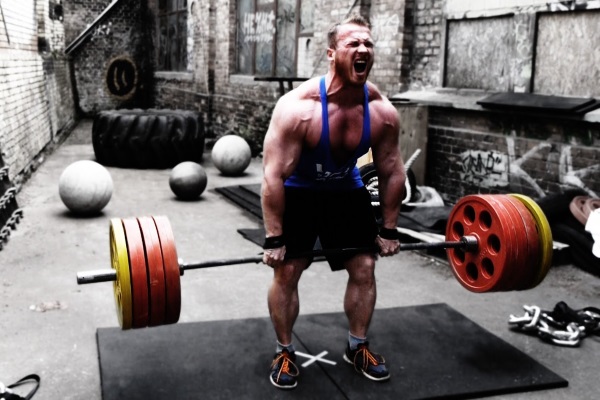 The Deadlift is one of the best total-body exercises to give you the most bang for your buck. The premise is simple: Grab a heavy object on the ground and stand up with it. Simple, but effective. You may have heard Deadlifts are dangerous, but I assure you good deadlift technique is not dangerous.

In my opinion, every athlete should be doing Deadlifts; they are that beneficial. Nothing builds a strong posterior chain quite like a Deadlift. If you want sport-specific training, look no further than the Deadlift. Show me a football lineman with a weak posterior chain, and I will show you a lineman who will be bulldozed by a linebacker running at full steam.

As simple as picking a heavy object up off the ground is, Deadlifts can actually be quite technical. But many techniques and tricks can help you on your journey toward a big Deadlift and a strong-as-an-ox posterior chain.

Alternate Grips
For many advanced athletes and lifters, grip becomes a weak point when they get to heavy weight. To combat this, switch up your grip every now and again, alternating between double overhand and mixed grip (one over, one under). On the mixed grip, alternate the hand that’s over and the one that’s under.

Brace Your Core
Right before you pull the bar off the floor, take a deep breath in and focus on pushing into your diaphragm. This takes some practice. At first, you may just be pushing out on your abs, but keep doing it and your awareness will build. When you lift heavy, you want everything to be tight. Your body is a chain, and if you have a weak link, that’s where the chain breaks. Poor form equates to a higher risk of injury.

Create Tension in Your Upper Back
Believe it or not, your upper back and lats play big roles in keeping your body in an optimum position during a Deadlift. Create tension in your upper back and lats by grabbing the bar and pulling up with just a little bit of force—not so much that you lift the bar off the ground, however. As you pull slightly up you will feel your lats and upper back engage. Keep them tight and rip the weight off the ground!

Push Through the Floor
Engage your quads. I know this sounds crazy. Use your quads? We are talking about Deadlifts not Squats, right? Yes, use your quads. Personally, I try to learn as much as I can from elite powerlifters and transfer it into the sports performance world, and I could never understand what they meant by saying, “engage your quads.” But then rep after rep, it finally started to click—start your pull off the floor by driving your feet into the ground as hard as possible. When you do this, your quads turn on, and guess what? You stay tighter. See a theme forming here? Tightness is key!

Get those Glutes Going
The glutes are among the most overlooked muscles. Quads and hamstrings get a lot of attention, but the real money is in the glutes. Gluteus maximus is the largest muscle in the body. Put that thing to work! As you near the lockout of your pull, squeeze your butt as hard as you can to fire your hips forward as you extend your hip. After you practice this for awhile, lockouts will become the easy part of the Deadlift.

Alternate Your Stance
Switch your stance every few weeks or even every training cycle. Alternate between a conventional, narrow stance and a wide sumo stance. By rotating stances, you will take full advantage of the benefits associated with each and change your muscle activation/stimulus a bit. Generally speaking, when you use a conventional stance, you will have to use a lighter weight than you can use with a sumo stance, because the sumo stance results in a shorter distance for the bar to travel from the floor to lockout.

Watch Your Head
When you deadlift, what do you look at? Something in front of you? Really, you shouldn’t be looking at one object in particular. Keep your head in line with your torso in a neutral position instead of looking up at an object in front of you. As you pull the bar off the ground and move toward lockout, your eyes should move up from the floor to directly in front of you at the same speed that your torso moves.