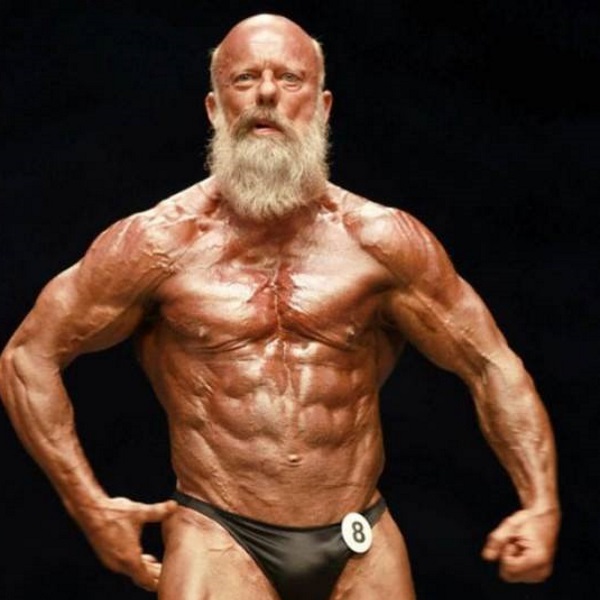 Perhaps the only folks whose gym efforts are even more honorable than those of the seriously overweight people are those of the 60+ guys and gals. If you are like most people, whenever you see a 65-year-old person working out at the station next to you, regardless of their routine or how heavy they lift, it motivates the hell out of you and reminds you that you have zero excuses for not making the most out of your young, strong muscles. It’s a good thing that almost every gym has its local old-timer who can still beat your 1RM bench press – there’s a lot to be learned from these seasoned fitness freaks besides reaping some extra motivation.

Here are the top weightlifting vets who look like they’ve found the fountain of youth in the gym because their muscles are still rock solid while their percentage of body fat is most likely below yours.

Lou Ferrigno is one of the greatest old-school ass kickers that have managed to maintain their top shape during their older years. He was an important name in the world of bodybuilding in the 70’s after winning one IFBB Mr. America and two IFBB Mr. Universe titles and gaining international fame with his TV appearance as The Incredible Hulk. Today, this tough 64-year-old trains five to six days a week and still sports a pretty badass physique. Andreas Cahling (60) is a professional bodybuilder with 37 years of training experience under his belt. He was very popular in the 80’s after winning the IFBB Mr. International title in 1980. In the last few decades, he has appeared on many covers of bodybuilding magazines and has his own line of posing trunks. There are numerous reasons why Louie Simmons has been dubbed The Godfather of Strength. The 66-year-old powerlifter and strength coach still hits 10 workouts per week and squats more than 700 pounds without breaking a sweat. His powerlifting gym, Westside Barbell in Columbus Ohio, the place where he developed his famous training method, has the reputation of one of the most hardcore muscle building facilities in the world and his Westside Barbell team has broken over 100 World Records. Robert Irby (64) has been competing for almost four decades now, claiming many heavyweight and overall champ titles along the way. In 2014, he became the 60+ Bodybuilding Champ and obtained his pro card from the IFBB, while in 2015 he was the overall champion in the 60 or older age range at the IFBB Pittsburgh Pro Masters, which makes Irby a living bodybuilding legend. Without any doubt, The Austrian Oak is still going strong at age 68. It’s been a while since his glorious Mr. Olympia days and today Schwarzenegger works out with moderate weight for 90 minutes a day instead of hitting his muscles with an extremely intense volume and frequency as he used to. Although these days the main goal of his training is to preserve his muscle mass and keep his bones and joints healthy, The Terminator is still looking pretty pumped. If you’re looking for a truly inspiring source of courage, perseverance and excellence, look no further than this amazing guy. At the age of 80, Arthur Peacock’s size, definition and strength are absolutely mind-blowing. Besides the fact that he has been competing for more than 50 years and has 55 titles to his name, Arthur has survived two heart attacks, cancers of the bladder and prostate and has a metal plate in his hip – none of this stopped this old-timer from winning his division of the National Physique Committee’s Teen, Collegiate and Masters National Champions and earning an IFBB pro card just a few weeks before his 80th birthday. Let us know what you think in the comments bellow.