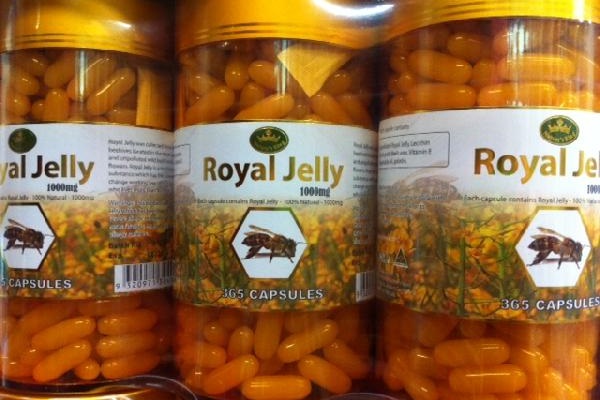 Yesterday we wrote about an Iraqi animal study in which Royal Jelly boosted the testosterone level. Researchers at the New York Medical College discovered back in the 1980s that Royal Jelly contains testosterone. A little. So little that it can’t explain the effects that the Iraqis report.

Royal Jelly
Royal Jelly is a concentrate that makes queen bees live 60 times as long as ordinary bees. In almost every culture that keeps bees healers have found a use for this wonder jelly. In Kampo, traditional Chinese medicine, Royal Jelly is used to treat menopause problems. The Kampo tradition inspired Japanese researchers to study whether Royal Jelly can help against osteoporosis. [Evid Based Complement Alternat Med. 2006 Sep; 3(3): 339-48.]

The researchers removed ovaries from female rats and thus stopped estradiol production. [OVX] Then they gave the rats feed for 7 weeks that contained 0.5 [RJ1] or 2 percent [RJ2] Royal Jelly. Other groups were given the same quantities of Royal Jelly, but from a preparation that had been pre-treated with a protein-splitting enzyme. [pRJ] The bone-strengthening effect of the supplement is pretty close to that of synthetic estradiol.

In 1984 endocrinologists at New York Medical College announced that they had indeed found testosterone in Royal Jelly. [Experientia 40 1984 104-6.] But as you can see in the table below, we’re talking about nanograms. To make it clear: a nanogram is a millionth of a milligram.

Testosterone surge
Such a miniscule amount of hormone can’t possibly have the effects attributed to it in the studies. Like the graph below. This shows the concentration of testosterone in male rabbits during the summer.

The figure is from a recent Egyptian study. [Anim Reprod Sci. 2010 Aug;121(1-2):174-80.] In Egypt rabbit is an important source of meat, but the climate is really to hot for them. The heat makes male rabbits infertile in the summer. In the article the researchers, working at Alexandria University, describe their successful attempt to boost testosterone and sperm production by giving the animals Royal Jelly.

What’s interesting in the Egyptian study is the doses they used. The researchers gave their overheated rabbits 200, 400 or 800 mg Royal Jelly per kg bodyweight, in an oral form just once a week. The experiment lasted 6 weeks.

This stuff isn’t interesting. It’s fascinating: an oral substance that has an ergogenic effect if you take it just once a week. More about this soon.