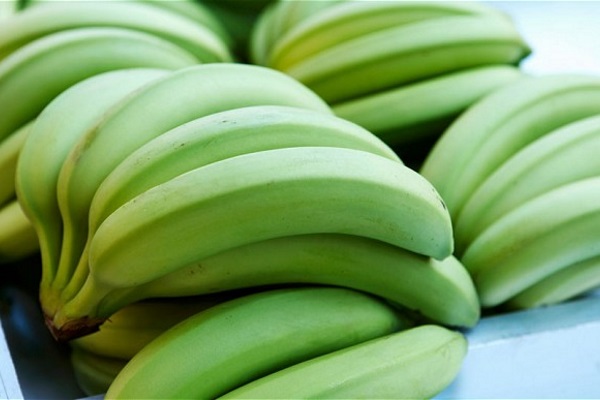 Ripe or as in this case overripe bananas have little to no starch, green ones almost only starch and only little sucrose / fructose.

It is well-known that people with higher intakes of resistant starches have a reduced risk of becoming obese, developing diabetes and hyperlipidemia. Studies also indicate that starchy carb lovers have overall lower insulin concentrations and an increased insulin sensitivity compared to the average junk-food eater (McKeown. 2002; Liese. 2004), whose low dietary fiber consumption is linked to a reduced in insulin sensitivity and inflammation (Parillo. 2004).

What distinguishes whole grains and co from plain sugar, cornflakes and white bread is that they contain dietary fiber in its non-digestible form that is fermented in the colon, where the production short chain fatty acids (SCFA | learn more) triggers many of the well-established health benefits by direct and indirect effects on the gut-endocrine axis (Topping. 2001).

One of the best dietary sources of resistant starches are bananas… well, green bananas or rather the high resistant starch flour that’s produced from green bananas. Although, it takes some processing to extract it from the bananas, it’s classified as “RS2″, i.e. naturally occuring resistant starch, because it is after all a native (vs. man-made) starch granule that is naturally highly resistant to digestion by α-amylase enzymes in the small intestine (Englyst. 1992).

Figure 1: Proximate compositions of the edible portion of bananas at different stages as classified by the color of banana peel (Lii. 1982) – only a small fraction of the original starch is already RS2, it takes processing to isolate the “natural” resistant starch from the bananas and the amount of RS2 in banana flour is variable 50%-84% (Lehmann. 2002).

Since it’s a natural product, banana starches from different sources may have diverse structures and may thus also have a different degree of resistance to enzymatic hydrolysis. It is thus no wonder that previous studies by researchers from the Universidad Juá rez Autónoma de Tabasco has shown a large variety in terms of the amylose-content and resistance to digestibility among Banana starches from different sources. In general, though, all of them share the important property of being largely indigestible and being able to trigger a reduction in the glycemic and insulinic response compared to regular starches in both healthy and diabetic subjects (Ble-Castillo. 2010). 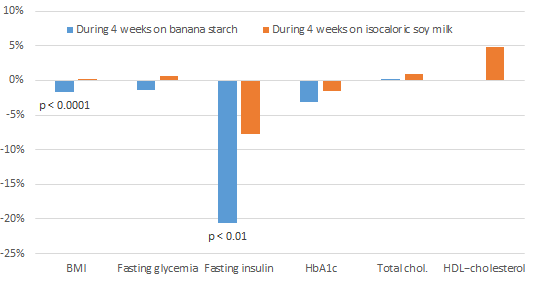 Figure 2: Effects of either 24 g of NBS dissolved in 240 mL of water per day or 24 g/day of soy milk dissolved in the same volume of water for 4 week (data represents within subj. comparisons | Ble-Castillo. 2010).

In fact, Ble-Castillo et al. were already able to show that within only 4 weeks on 24g/day of native banana starch (NBS) both the body weight and insulin sensitivity of obese type 2 diabetics significantly improved – and that not “on average”, but on a “within-subject” basis as it can only be observed in cross-over study.

Why is it important to test not just in obese subjects? This is a good question and one that actually touches on (one of) the root cause(s) of the obesity pandemic. For decades, obese individuals have been told to eat like lean people. People of whom scientists observed that they stayed lean and healthy on low(er)-fat, high(er) carbohydrate diets. The consequences were – at least in some cases – literally “fatal.” Over the past decade, though, we’ve seen lean, athletic people make the opposite mistake when they assumed that the same low-to-no-carbohydrate diet and supplements like lipoic acid that help the obese lean out would help them stay lean or become even leaner (learn more). The assumption that diets, supplements and – as in this case – certain dietary nutrients necessarily do the same thing in obese and lean individuals, however, is unwarranted and in many cases simply wrong.

In a more recent study, Guadalupe Jiménez-Domínguez repeated the Ble-Castillo study in a different, more diverse group of subjects:

In said study, the subjects received a higher dose of 38.2 g of native banana starch (NBS) or the same amount of corn starch twice daily yet for only four days, before, on day 5, a 3-h meal tolerance test (MTT) was performed to evaluate the acute effects glucose and insulin responses that may explain the benefits Ble-Castillo et al. had observed (see Figure 2).

“All of the subjects received low-fiber diets at breakfast and lunch from the Nutrition Department’s restaurant during days 1‒4 of the treatment period. The low-fiber diet consisted of avoiding whole-grain/wholemeal breads and cereals, legumes, nuts, and seeds, and of removing the skins from fruit and vegetables” (Jiménez-Domínguez. 2015).

All subjects had to stick to the same baseline diet. Adherence to the diet and the randomly assigned supplements,

both of which had to be consumed in the fasting state (7:00 A.M.–9:00 A.M.) and before lunch (1:00 P.M.–3:00 P.M.), by counting the unopened sachets, a query regarding the missed servings and daily food records all subjects had to fill everyday before they went to bed. 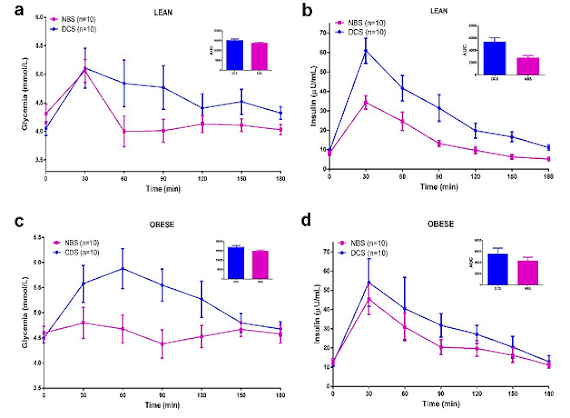 Figure 3: The 4 days on natural banana starch had quite significant beneficial effects on the glucose and insulin response to a standardized test-meal. It is yet also obvious that the obese saw greater benefits (Jiménez-Domínguez. 2015).

The most significant results in Figure 3 are not really surprising, though. As you may have expected, the native banana starch has a significant advantage over the corn starch, when it comes to its acute and chronic effects on glycemia in both, lean and obese individuals. An advantage that may well explain the significantly different metabolic effects in the Ble-Castillo study. 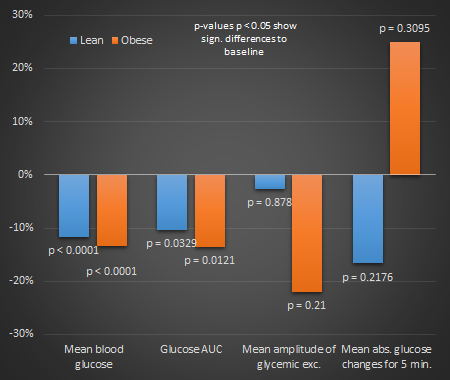 Figure 4: What is almost more important than the improvements in the 3h-glucose test that yielded beneficial results (see Figure 2) is that the continuous glucose monitoring over 48h depicted in this figure shows sign improvements in glycemia, as well Jiménez-Domínguez. 2015).

Bottom line: The fact that the acute provision of natural banana starch does improve the acute postprandial glucose and insulin responses in obese and lean individuals is yet only part of the good news. What’s probably of greater physiological relevance is the fact that it also improved the insulin and glucose levels over the whole 48 h period that was assessed during the study.

Against that background it is not too disappointing that the resistant starch did not ameliorate the glucose responses to the test meal. A fact, that should still remind you that you have to watch what you eat – even if you make natural banana starch a regular constituent to your diet. The glucose excursions in response to high glycemic index foods / loads, of which scientists have long been speculating that they may propel the development type II diabetes, are after all at best ameliorated, yet not abolished by an increased intake of resistant starch.

Things may look very different, though if you completely replace “regular” starches with resistant starches. One of the easiest ways to do this may be by buying newly developed “functional” foods like spaghetti that contain 15% or more of their starch content in form of resistant starches from bananas and are still highly palatable (Hernández-Nava. 2009). Alternatively, you may want to check out the various recipes for resistant starches based cookies and other baked goods you can easily find on the Internet if if you google keyworkds like “banan bread”, “banana cake”, and “banana whatever”; and even though you won’t find scientific evidence for the health benefits of each of the recipes, there is evidence for the health benefits of replacing regular starch in common recipes with resistant starches form a handful of proof of concept studies like Aparicio-Saguilan, et al. (2007) | Comment or post your recipes on Facebook!