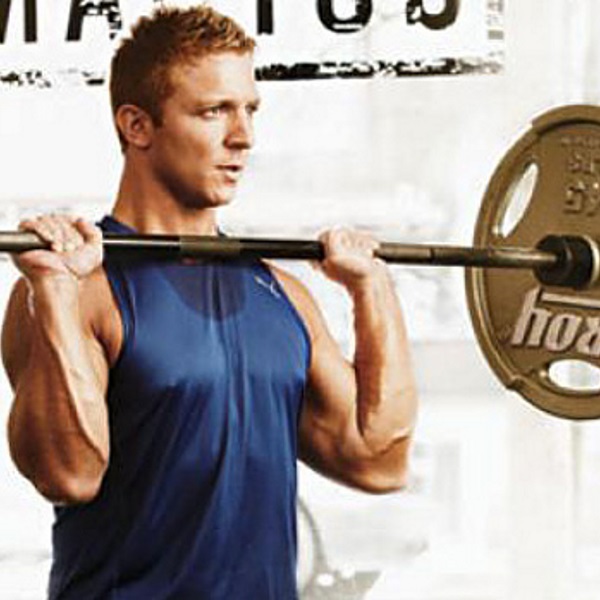 Is It Right for You?

What Is Percentage-Based Training?
A lot of programs use percentages based on your tested 1 rep max to establish their loading parameters. They’re useful because they provide detailed set and rep schemes for the lifter. The method is generally reserved and most useful for the “big” lifts such as the squat, bench press, deadlift, and the Olympic lifts. (Sorry, one-arm overhead BOSU ball pressing with contralateral biceps curls don’t apply here.)

For example, if your 1 rep max on the squat is 400 pounds, you might build a percentage-based program that follows this progression:

Advantages of Percentage-Based Training
1 – Accountability
As coach Tony Bonvechio notes, the greatest benefit of percentage-based training is the sense of accountability it creates. There are many effective programs that instruct the lifter to work up to a maximum weight at a given rep range, like a conjugate method max effort day where you work up to a 5, 3, or 1-rep max). There are others that use auto-regulation and let the lifter pick and choose weights based on how they’re feeling that day.

These are great in theory, Bonvechio says, but sometimes you can’t trust your feelings. Sometimes you need a concrete assignment that says you must lift this weight this many times for this many sets. Even if you’re feeling tired, lazy, and unmotivated, you’re less likely to sell yourself short and quit if the program says exactly what to do.

This approach takes a lot of guesswork out of the equation and provides instantaneous direction to many lifters who otherwise would be confused as to how much weight they should be using in any given training session. If you know your true, not internet, 1RM and are given sets/reps/percentages, all you have to do is type out some numbers in a calculator and presto, you have yourself a training session.

More importantly, you have direction and purpose with your training – a goal. This can make a profound difference in long-term progress.

2 – What Gets Measured, Gets Managed
Percentage-based training provides structure to your training. It makes it much easier to go back and audit a program’s effectiveness and/or limitations. Paying more meticulous attention to set loading parameters – rather than haphazardly relying on “feel” – will make it easier to modify the program accordingly.

3 – Percentages Respect the Process, Not Just the Outcome
Far too often, lifters get sucked into the mindset that the only way to make progress is to add more weight each and every week. It makes sense because it’s progressive overload. But it’s also a reason why so many people end up hurt. Percentage-based training, however, helps to pull in the reigns and to help trainees appreciate that it’s okay – and often beneficial in the long term – to back off.

Put another way, submaximal loads and increasing the volume of the quality of work is important and plays a crucial role in your success. Many of the people who roll their eyes and scoff at spending more time performing submaximal work fail to realize that many of the most successful strength training programs in recent memory all utilize a fair amount of submaximal (60-80%) work as the meat and potatoes of the program.

4 – Percentage Training Involves a Reduced Workload
Percentage-based training makes a lot of sense when working with larger groups or team-based training. Some collegiate strength coaches are in charge of several teams, which is a metric shitload of programming for one person. Using percentage-based programming drastically reduces the workload while still allowing for some tweaking and individualization.

Disadvantages of Percentage-Based Training
1 – Assuming One-Size Fits All
Oftentimes, programming just isn’t that simple. Relying solely on a calculator to dictate loading on any given day can underestimate an individual’s preparedness, or overshoot it. One day may call for 4×3 at 80% for deadlifts, yet you feel like a million bucks and want to tell gravity to go screw itself. You get your reps in, but it was too easy.

Conversely, you walk into the gym feeling like you got run over by a bulldozer. Reps are missed, gains are stolen, and frustration follows. Bret Contreras and Brad Schoenfeld have expounded on this point. They recalled a time when they were collecting data on EMG activation in leg muscles with heavier loads (75% of 1RM) versus light loads (30%).

Interestingly, they found there was a wide range of total repetitions performed amongst the test subjects using 75% of 1RM loading. While most performed anywhere between 12-15 reps, one subject performed 21 reps and another was only able to perform 7 reps with 30% of 1RM (when the range was 30 to 71).

What does this mean? For some lifters, basing their loading off preset percentages will be spot on. The load, sets, and reps mirror the person’s ability and they’ll see great progress. For others, not so much. Loading will be too aggressive for their current fitness level.

2 – Strength Isn’t Always Linear
Strength doesn’t happen in a linear fashion. As Eric Cressey notes, “I rarely use percentages. Think about it this way: if you test your squat and it’s 500 at the beginning of a 16-week cycle, and then put 50 pounds on it over the course of that period, the percentages based on that 500 number aren’t very accurate by the time weeks 11, 12, 13, etc. roll around, are they?”

In short, you’d have to re-test your 1RM every four weeks or so to update your program calculator, which can be a nuisance. Also, this can be detrimental because people already spend way too much time testing their 1RM rather than actually building it.

3 – It Isn’t Always Practical
Some programs that utilize percentage-based training are absolute hogwash. They look cool and sexy on paper, but once you take away the programming beer goggles, they’re a discombobulated nightmare.

And this doesn’t take into account a recent program I saw that called for 30 work sets, ranging from 5-10 reps, performed with a 505 tempo with three minutes rest in between each set. Supposedly the workout could be done in an hour. Right, and my grandfather is Gandalf. Whomever wrote that program has never trained anyone in real life.

However, another point to consider is something brought up by strength coach Jesse Irizarry. A large number of programs have rep counts assigned to percents that don’t factor the cumulative stress brought on by doing multiple reps at that given percent.

Performing 5 reps of any movement at 80% of 1RM doesn’t sound too hardcore, right? The FIRST rep is the only one that represents 80% of 1RM. Every rep thereafter represents cumulative stress on the body and is greater than the demand imposed by doing 80% 1RM. And then we’re asking some trainees to perform 5, 6, even 7 sets at that percentage!? It’s not realistic, and it’s going to smoke some people.

Should You Use Percentage-Based Training?
Percentage-based training can work for beginners and a fair portion of intermediate lifters, but it may not be a good fit right out of the gate. To be blunt, most guys just aren’t strong enough to even worry about it. Yes, it provides structure, which is important, but if you’re a grown-ass man and your 1RM squat is only 185 pounds, following a standard, vanilla, set/rep goal for a given weight will be more than enough.

Basically, you stay at a given weight until all sets and reps are hit in two consecutive weeks. So, for example, if the goal is to perform three sets of 3-5 reps at 165 pounds on the squat:

This individual should remain at 165 pounds until he’s able to perform 5 reps on all three sets two weeks in a row. Once that happens he can then increase load 5-10 pounds and start the process over again. Having said that, it’s a good idea for beginners to set percentage-based parameters one or two times per week on a given lift to focus on technique.

Rather than test a beginner’s (true) 1RM, it’s probably safe to use a 1RM calculator to figure out appropriate loading parameters for a speed/technique-focused day. Using the squat example above, if someone is able to perform 165 pounds for 5 rep, his predicted 1RM is 190 pounds.

On a speed/technique day, it’s best to keep loads in the 55-70% 1RM range, so a macro-cycle for the above hypothetical lifter may look something like this:

Now remember when I said earlier that a lot of trainees spend too much time testing their 1RM rather than building it? Percentage-based training helps with the latter. Lifters learn to build a wider foundation in order to reach a higher strength peak. Chad Wesley Smith is a champion of this philosophy and if it works for a guy with the ninth highest total in powerlifting history, who are we to argue?

How you get strong is by taking what you could originally do for three reps and do it for five. What was originally your 92.5% 3RM is now 87.5%. You can only do this by accumulating volume and by putting in the work. It’s not just going to happen. And this is where using percentage-based training has a ton of merit, and is, not coincidentally, why it’s so effective.

Percentage-based training, more so for advanced lifters, also provides some semblance of forced auto-regulation. People always get into trouble whenever they force themselves to train the deadlift in the 90%+ range consistently. At some point, by week 4 or 5, the back laughs and says it’s not going to happen.

Once you adopt more of a percentage-based approach, though, it forces you to tone things down, place more of a premium on bar speed and technique, and allows you to accumulate more volume without the back flipping you the middle finger. Moreover, it encourages you to “earn the right” to put more weight on the bar. By performing “x” number of reps within a specific percent-range, it forces you to work on some gross imbalances, weaknesses, and techniques, which then translate to better performances once you again attack the big boy numbers.