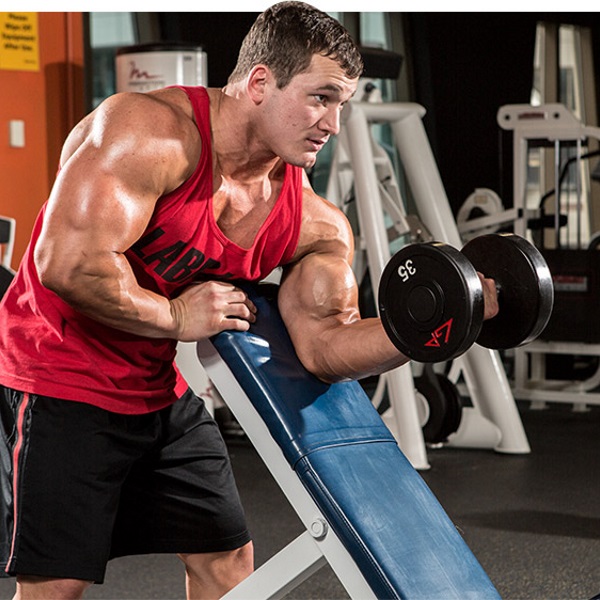 Marshall and I talk pretty regularly, and he shared with me an idea for an article for elitefts. A week beforehand, he benched 460 raw, which is good by any standard, but especially for a shirted bencher that doesn’t do a ton of raw training. He felt like the one thing holding him back was the eccentric phase of the bench:

“Unracking anything past 315 feels like 800 pounds. [He would know what that feels like, so I don’t doubt him.] The press is always strong and easy but the descent feels awful. I feel I could bench so much more raw if this wasn’t a problem.”

I think there are a couple takeaways from this. First, 300 pounds is always 300 pounds. Some days it will feel light while other days heavy, but that’s just the nature of the beast. Chad Aichs told me one time, “400 pounds in the squat NEVER felt light. Some days it moved faster than others, but it always felt heavy for me.” To hear Chad say that made me feel a lot better about the days where four plates feels like garbage. Second, as Marshall pointed out to me, the years of shirted benching have left him feeling ‘weak’ in the eccentric part of his bench. The shirt takes the brunt of the weight, as you are loading it during that phase. You still must remain tight and engaged in order to maintain bar path and be able to effectively press a maximal weight.

I know when I’m too slow in the eccentric phase of both my squat and bench, my ability to stand up with or press anything over 90% goes in the toilet. Part of the issue is the time under tension principle. Some of it is the stretch reflex. But the majority of the pie is technique and keeping the proper muscles engaged to control the weight and maintain proper leverages. For the purpose of this article I’ll just focus on the bench press, but understand that while the muscle groups will obviously change, similar principles apply in the squat as well: external rotation, tension, stretch reflex…

If you watched Dave Tate and Matt Smith work with me on my bench press technique, you may recognize similar cues and verbiage in this section. But there are 4-5 cues I like to use when teaching the bench that apply to the eccentric phase and those cues are designed to keep certain muscle groups engaged.

Pinch the pad with your shoulder blades.

Did you notice no mention of triceps or pecs? You shouldn’t be reverse benching the bar or trying to slow down the eccentric with your pressing muscles. You can do that for awhile, but your bench will stall quickly.

So how do you bring up the lats, rear delts, and mid/upper back?Check out the Exercise Index on elitefts.com for full explanations, but here are some of my essentials…

What else can you do to get more comfortable with the eccentric phase (and ultimately improve your bench)? I’ll give two that I have experience with and one that I want to try, which is part of a different style of training.

I won’t go into the whole program in detail here, but it looks something like this:

All three phases should get you more comfortable handling weights during the eccentric portion of the lift, as well as reinforcing the cue to stay tight and pull the bar down to meet your chest.