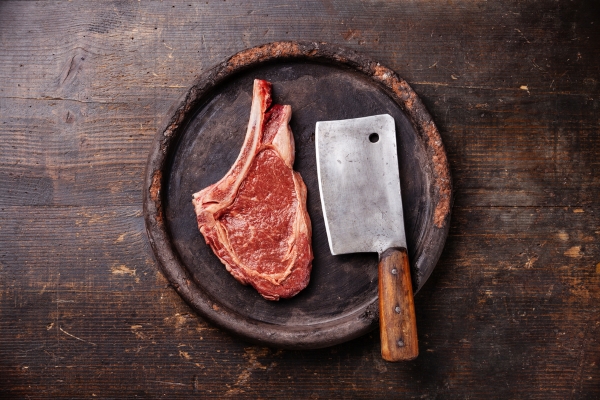 Spoiler alert: Protein is not dangerous or a threat to your liver or kidneys. But there are circumstances where you need to limit how much protein you eat.

While protein is known as the king of muscle-building and an essential component of fat loss, it’s also surrounded by numerous safety concerns. Specifically, many people fear protein. While it might be hard to believe in an age of Paleo-based, meat-eating frenzy, the average American still loads up on significantly more carbs and fats. And it’s likely not a coincidence.

If healthy, you’re not in harms way if you want to pound protein shakes and feast on chicken and steak.

For more than 30 years, the concern is that too much protein will do damage to your internal organs and cause diseases such as cancer.

Let’s save the speculation for another time and stick to the facts: There is no substantial evidence that protein is bad for healthy liver or kidneys. In fact, protein is not dangerous, and despite some extreme claims, it’s safe to say it doesn’t cause early death.

But if you’re still concerned, here’s why most people are safe to enjoy protein-packed meals, as well as understanding the rare situations when protein can be an issue.

The Origin of Protein Fear

While protein has been researched for decades, much of the recent concern was sparked by The China Study. (It’s important to mention this is a book based on research observations, not a scientifically designed study.) While some of the claims are downright terrifying and could lead anyone to a plant-based, low-protein diet, research tells a different study. [Eds note: this is not to say there’s anything wrong with a plant-based diet. What you eat is your choice; the goal is to make sure you’re clear on the risks.]

Most protein-fear revolves around a link between protein intake and something called hepatocarcinoma.

In scientific terms, for protein to cause this problem there must be aflatoxin toxicity (very rare), and without reaching certain levels of aflatoxin in the body, there is no significant link between protein and liver toxicity.

So what is aflatoxin? In the most basic sense, it’s a toxic mold that can be present in proteins, and it’s one of the central arguments behind the idea that protein can harm kidneys, do liver damage, or even cause cancer.

On paper, it all seemingly makes sense, except for the fact that essential details are left out. Most importantly, while aflatoxins can indeed be a problem, reaching those dangerous levels through protein is no small task. In fact, for most people it might not even be realistic.

To quote Dr. Chris Masterjohn, a professor and researcher in health and nutrition sciences,

Now I love peanut butter, but I don’t think even I could consume that much in just a few days. If protein safety is in question, it’s only because we’re stretching the truth of the real danger it poses.

Is Protein Dangerous For Anyone?

While the likelihood of protein-related aflatoxin issues is low, there are a few other conditions where you might need to watch your intake. The key being, if healthy you’re not in harms way if you want to pound protein shakes and feast on chicken and steak.

The only other possible case where both dietary protein and the liver are related is in a clinical setting with somebody who is at risk for hepatic encephalopathy; a liver condition where protein metabolism is altered, and needlessly putting more protein in your body runs the risk of cognitive damage.

Otherwise, there really is no significant concern for liver damage in a practical setting for an otherwise healthy person.

As for kidney damage, this one is similarly not a significant concern, but there are some exceptions.

There is something in the body known as glomerular filtration rate (GFR), which is the rate that a certain segment of your kidney allows molecules into the purifying process that separates urine and blood.

The GFR tends to be used as an indicator of kidney function, with lower rates being bad; currently, it is generally accepted that the decline of GFR seen in kidney failure is irreversible and people should be concerned with not causing issues for their GFRs.

Those who already have kidney disease most likely need to restrict protein (and perhaps if you are diabetic and do not know your state of diabetic nephropathy a visit to the doctor would be wise). It would also be wise to stay fully hydrated. Although that’s just a great tip in general, for all.

For all others, you’re in the clear and have nothing to fear because your kidneys are designed to process and remove waste. So eating protein is not a burden for them.

The bottom line: Unless you have underlying health issues, high-protein consumption does not damage your liver or your kidneys. How much should you be eating? Here’s what science says is right for your body.