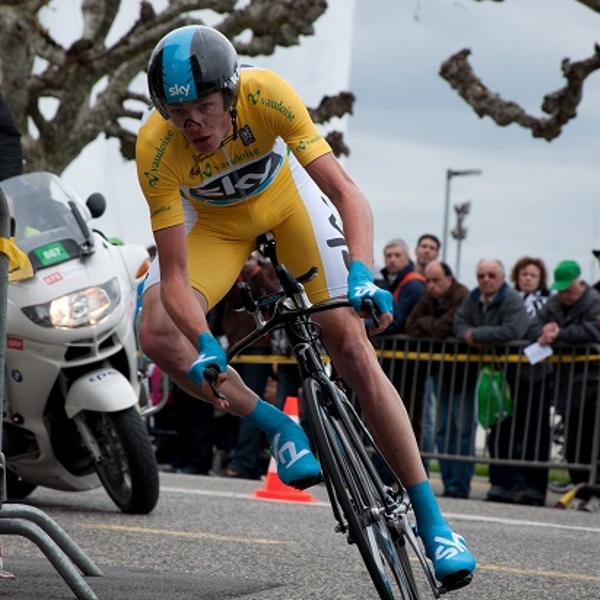 Let’s be honest, no matter what we tell ourselves or others, it’s all lies.

“This’ll keep my cholesterol down.”

“This gym has unisex changing rooms.”

While we might all have great intentions and reasoning as to why we go to the gym, 95% of the time it’s all about vanity.
I’m not talking about snapchatting your bleached anus to your 10,000 followers, but merely the pursuit of a slightly thinner or muscled version of yourself.

Who’s got a problem with that?
However, if you’re not seeing the results, then motivation can dwindle somewhat.

Toiling away for hours on the sexualiser might not be quite for everyone, and as someone who used to train around 30 hours a week just to compete at a reasonable swimming standard, I’m now happy to do 3-5 hours of hard work per week and see some improvement from time to time in size and strength.

And so – to lead on from Will’s totally metrosexual article about male grooming (and not grooming males), I present you our ‘Best and Worst Sports for Physique Development’.

Since about 2005, rugby has started to encompass almost every aspect of the strength and fitness world:

It’s now difficult to identify who’s who when looking down the line of players before kick-off and this is really all down to gym work.

Particularly in the Northern Hemisphere, it’s become less about skill and guile, more about who can sustain fewer impact-related concussions than the other team.

And while it’s leading to fewer exciting ‘purist’ games on the field, it has delivered some incredible physiques.

On the flip side, rugby is around 63% drinking, so at a more amateur level your chances of looking like Mr Universe are slightly lessened, however some fat bastards have even succeeded in going pro: Thomas Waldrom, Andy Goode, and Mathieu Basteraud.

So there’s hope for us all.

And, if you’re interested in taking up the sport, don’t forget to check out Adam’s gym workouts (some of our most popular articles) which are focused on building the strength, power and fitness required for the field of play:

Play rugby if: you don’t want to be able to buy your jeans at Topman or H&M and regularly mix your post-workout shake with stout.

The UK’s most popular sport, and, when you look at the average day of professional footballer, it’s not difficult to see why it’s such an enviable profession:

Yet look at the average footballer and you’d struggle to comprehend that they were a professional athlete.

True, having a jacked physique is not synonymous with all of the top players in the world but there are some sporting impressive looks: Cristiano Ronaldo, Vincent Kompany, Hulk, and, to a lesser extent, Adebayo Akinfenwa.

That said, the majority look like they haven’t eaten a proper meal in weeks, which is not a good look in anyone’s books.

A point that was brilliantly summed up by professional rake Peter Crouch:

Interviewer: What would you be if you weren’t a professional footballer?
Peter Crouch: Probably a virgin.

Play football if: you don’t really want to put that much effort into life.

Repressed memories of being forced to stand on a freezing cold poolside with your peers wearing little more than a Raquel Welch number covering your shrivelling Johnson?

Probably one of the most monotonous yet character building sports with the added benefits of shit hair and very little sleep – all of which often leaves you looking like Ron Woodroof.

However, all of this can be forgiven, for in the main high level swimmers are pretty fucking jacked.

A combination of high intensity cardio, compound based gym work and the ability to eat every single calorie under the sun day in day out is a perfect cocktail for lean muscle.

If you don’t look good in trunks, you can’t be a swimmer.

Do swimming if: you can pull off the triumvirate of black speedos, perfectly coiffured perm and handlebar moustache.

By far the fastest growing sport in the UK and another that is pro-lycra.

Speaking to my grandfather recently, he told me that if in his day he had see a load of middle-aged men congregating in the town centre at 10am on a Saturday morning, dressed in brightly coloured, tight-fitting spandex, he’d have rounded up a posse and strung them up by the nearest tree for being a whoopsie.

A much simpler time.

But cycling is a strange phenomenon… it’s great that people want to get out there and clog up country roads for the rest of us, but do you really need to talk about it so fucking much?
Cycling, at least road cycling, is pretty much as detrimental to a jacked physique as you can get.

– Stick arms to make yourself more aerodynamic: check
– Pencil thin calves despite all the uphill work: check
– Waif like quads even though it’s a leg dominant sport: check
– Abs: check – but that’s like big tits on a fat girl
– Pecs: who are they?

There is a small minority of cyclists (Chris Hoy, Gregory Bauge) who sport impressive physiques, but sprint cyclists tend to spend a good proportion of their day squatting, benching and eating Bran Flakes.

Which actually sounds really nice, to be fair.

Do cycling if: you love a shit t-shirt and ankle tan.

And by that I mean: turn up at your local tennis club with every intention of playing a classic 5-setter, abandon match after two games due to torrential rain, drink real ale for the next three hours in the local boozer.

Tennis is very much a cardio sport, with little to no muscle mass required, however some of the professionals such as Scotland’s Andy Murray have started to do come bicep curls.

Presumably this is just so he can get a better grip on Alex Salmond’s claymore at the next SNP Party Conference.

If you play tennis expect jokes about excessive wanking due to the arm size imbalance you’re likely to experience.

But don’t presume you’re going to look like a one-armed Popeye… oh no, one arm will just be less weedy than the other.

Play tennis if: you have a penchant for strawberry and cream flavoured protein shakes.

So that is our conclusion of your chances of building a reasonable physique while playing some of Britain’s most loved sports.

Aside from rugby and swimming (if you’re willing to train 20+ hours a week), the outlook is somewhat bleak.

So unless you’re Ross Edgley and fancy pulling a Mini around Silverstone for 26.2 miles, or quite simply: Tony Cowden, a cardio-based sport is not really going to help you produce a physique that’ll turn heads at the beach this summer.

Unless it’s a beach in Mogadishu…

Instead, just stick to the big compound lifts and full body routines we’ve profiled on this blog and you’ll be on your way to a more visually pleasing version of yourself.