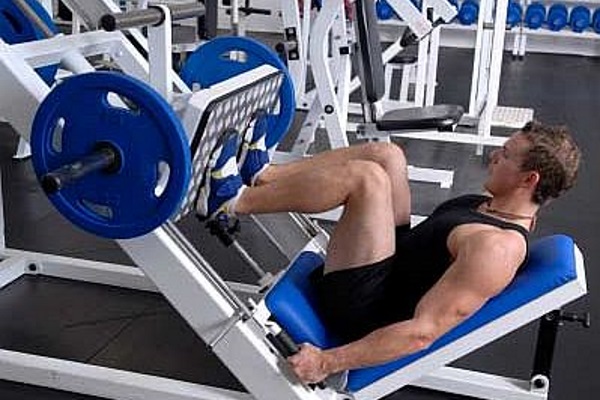 Study
Schoenfeld did an experiment with 18 young men, who had been doing weight training on average for over three years.

Schoenfeld divided the men into two groups, all of whom did a full body workout three times a week for eight weeks. The subjects did seven basic exercises: bench-press, military-press, lat-pulldown, cable-row, squat, leg-press and leg-extension. They did to-failure sets.

Half of the subjects trained using weights that were 70-80 percent of the weight at which they could just manage 1 rep [1RM]. Their sets consisted of 8-12 reps. [High load]

The other half of the subjects trained using weights that were 30-50 percent of the weight at which they could just manage 1 rep. Their sets consisted of 25-35 reps. [Low load]

Results
At the end of the eight weeks both groups had gained the same amount of muscle mass. Apparently for muscle mass it makes no difference whether you train with relatively heavy or light weights.

But by the end of the experiment the subjects in the Low load group were able to perform more reps when they did bench presses with 50 percent of their 1RM. The figure above shows that the total number of kilograms that the subjects in the High load group were able to shift in a to-failure set with 50 percent of their 1RM actually decreased a tiny amount – but not significantly.

“Provided that maximal hypertrophy is the primary outcome goal irrespective of strength increases, these findings suggest that a new paradigm should be considered for hypertrophy training recommendations, with low-load training promoted as a viable option.”

“On the other hand, if maximizing strength gains is of primary importance, then heavier loading should be employed at the exclusion of lower load training.”