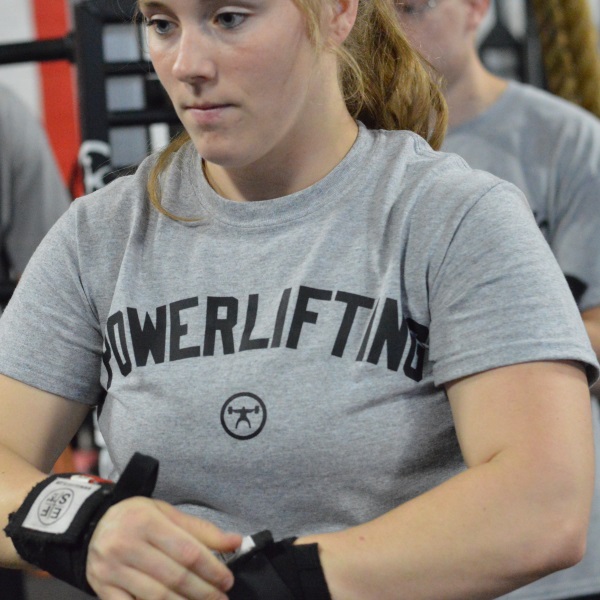 Visualization is a very powerful tool for the lifter or athlete. It allows you to be able to perform unlimited repetitions without accumulating fatigue. In fact, shot put great Brian Olfield used to say that he took well over 1,000 throws per day, but only 100 of them were in the ring.

Visualization is the use of vivid imagery to improve sporting performance and deal with hurdles that may exist. Because you can control everything in your imagery, it allows you to successfully overcome hurdles many times before you attempt them in real life.

We’ve all had dreams that were so real, we felt like we were in them. Many of us have woken ourselves up due to running or doing something in our dreams that we do in real life (i.e. throwing a punch, jumping up or watching a dog chase rabbits). A mind-body connection exists, and visualization utilizes this. Whatever you’re thinking, you send a signal through the motor neurons at a lower voltage. This helps to groove or refine technique.

It also helps alter outcomes or replace previous memories and remove mental blocks. So many of us have experienced a mental block on the platform or in sport. For me, it was adding weight to my bench press. At first, I could do 395 pounds in competition like it was a smoke show, but when 400 pounds went on the bar, I got stuck. It was anything physical. It was a mental block. After I broke the 400-pound barrier, I got 460 pounds in my next meet. Had my bench gone up 60 pounds in between two meets only three months apart? No. The mental block was gone, and I was able to compete to my full capacity.

An interesting thing happened at 700 pounds. There wasn’t actually any mental block for this one during the competition though. I was competing at the SPF Ironman or something like that in Nashville, Tennessee in 2009. I threw up 675 pounds, which actually occurred in the meet after I had finally broke 600 pounds after a couple years of training. I was elated, and when I got up, I had the fortune (or misfortune) of celebrating my PR in front of Louie Simmons. Louie said to me, “Bryan, you’re a 700-pound bencher who just doesn’t know it yet.” Either it was his confidence in me or the confidence he instilled in me, but I began visualizing myself hitting 700 pounds at my next meet. I did this day after day after day. When my next meet came, 700 pounds was a smoke show. I didn’t have any fear about approaching 700 pounds. I went up and did it, just as I had done 10,000 times in my mind.

How Do You Practice Visualization?

I’m a fan of Cook’s Model of Concentration. While I could go on about this in great detail, I prefer to keep it super simple. It’s three steps: see it, feel it and trust it.

Step one is seeing it as if you’re watching a movie. You’re the star of your movie. Let’s say that your knees have been caving in on your squats and that has been causing you to miss your lifts when you get to maximal weights. You’ve physically trained the abductors and external rotators, so that’s no longer the issue. It’s purely technical and you have to learn to put it into practice.

In step one, visualize yourself getting your knees wrapped (or not if you’re raw), putting your belt on and approaching the bar confidently, as if you own the entire platform, the entire stage, the entire gym. Slip yourself under the bar and find the groove across your back where the bar fits. Lift the bar up and out of the rack and step into position. Begin the lift, forcing your knees out and your hips back as you descend to the bottom of the squat. Your knees stay in the perfect position and you start back up. The lift goes smoothly. You lock out your knees and complete the lift solidly with a new PR.

You hear your name as they say that the bar is ready. You feel the heat rise off your body as you wipe the sweat from your brow and take encouragement from your handler as you approach the platform. You’re ready. You approach the bar just like you do every time that you’re successful. You slip under the bar and find the groove on your back, just where you like the bar to sit. You arch your chest up and squat the bar out of the rack and move back, setting your feet perfectly. The weight and setup feels perfect. You quickly nod to the head judge, and he says, “Squat.”

You feel your hips go back as you drive your knees out to the side. You feel the tension in your core and legs as you descend into the squat. You feel yourself break parallel and start the ascent, driving the knees out, keeping the chest up, driving your shoulders up into the bar and dominating your iron opponent for the day. The judge says, “Rack.” You bring the bar back toward the squat rack, and the spotters help you back into the rack. You know that the lift was perfect, but you look over your right shoulder anyway for the judges’ decision. Just as you thought, it was a perfect lift—three white lights.

Step three is rather quick. You’ve been through the movie, but you’ve also done the training and improved your competence in the movement to be able to achieve it. You’ve visualized it vividly and rehearsed it. You now only have to trust it and go achieve the lift. Trusting it just means that you’re confident in your abilities as a function of training physically and mentally to help improve. US Army Major Nesmeth was a POW during the Vietnam war. We’ve all heard or seen movies about the gruesome events that occur in a POW camp. Supposedly, Nesmeth looked deep into himself to get through each and every difficult day. He was a golfer, an absolutely avid golfer, and had played many courses. He played every hole of every course that he had ever played every single day. He felt the sun on his face and back and the club in his hand, and he smelled the freshly cut grass in the air. He felt the club hitting the ball, he saw the ball flying through the air and he watched the ball go into the hole. When Nesmeth was finally released after being a POW for several years, the first thing he did when he got back to the States was play golf. How did he do? Outstanding. He hit an eight-stroke PR and he hadn’t even set foot on a golf course in years. How was he able to do this? He had spent years visualizing his success out there on the course. He refined his technique for every swing that he had in his mind. When the day came for him to perform, he was prepared, not because of all the practice he had had with the club in his hands but from all the practice he had of doing everything every day.

The great thing about visualization is that you control it completely. Many years ago, a study was done utilizing college basketball players and free throw visualization. The researchers had the athletes all lay down and visualize taking 20 free throws. Something extremely interesting occurred. All the players scored the same as they normally did, which varied from 40 to 85 percent. Why did they miss so many? I’m still not sure. Was it habit? Was it intimidation of themselves in their own minds? Who knows. However, in the next round of this, they were brought to the realization that if they were the ones visualizing the scenario, they could control how many shots they made or missed. So in the next round, they all went 20 for 20. They repeated this visualization for several weeks and all of them ending up significantly improving their free throw percentages. There isn’t any reason for you to miss or fail during a visualization. You’re in complete control. If you want to improve yourself or be successful, visualize yourself improving and being successful.

Visualization is a simple tool, but it’s an effective tool. Combined with solid training, visualization may aid in taking your lifting career higher than it ever has been before. If there is something that needs to be improved or changed in your lifting, visualization is the perfect tool to do so. It allows you to take the number of repetitions that you need in order to improve, regardless as to whether or not you have the energy to do so.

Visualization is great for many different areas, not just the technical aspects of lifting. Some people have stage fright. They do great in the gym, but being in front of people causes them anxiety in any situation, not just when lifting weights. Visualization can help with this if you visualize yourself competing successfully in front of an audience. Essentially, the movie is done with a wide-angled lens rather than an up close shot. The movie shows you performing the lift successfully and perfectly, and you feel yourself doing it in front of a large crowd. When meet day comes, the crowd doesn’t cause you anxiety. Why not? Because this isn’t the first time you’ve been up there in front of a crowd. You’ve already done it more than 10,000 times. It’s now old hat. It isn’t an act but a habit.

Visualization is just like anything else. It’s a skill. The more you do it, the better you get at it. The better you get at it, the less time it takes to do. Some reading this article may be team sport athletes, not powerlifters. For your population, get good at visualization in the weight room. When you apply it to your sport skill, you’ll be much more effective at it. How would it be applied to sports skills? Maybe there is a play in which you struggle with your footing or maybe you’re holding your hands in an incorrect position. Visualize yourself doing it correctly and see the transfer that occurs as a result of that. With visualization, it’s just like anything else. Use weight room visualization to get better at lifting weights, but as a result, you’ll improve your ability to use visualization and improve your sports skills. How is that for a transfer of training?

Now, is this to say that if you’re a 300-pound squatter, visualization will take you to a 1,000-pound squat just because you visualized it? Absolutely not. But what it will help you do is get rid of the mental blocks and improve your technique along the way so that you can go from 300 pounds to 1,000 pounds over an extended period of time. By practicing visualization, you will help make yourself strong(er) of mind.