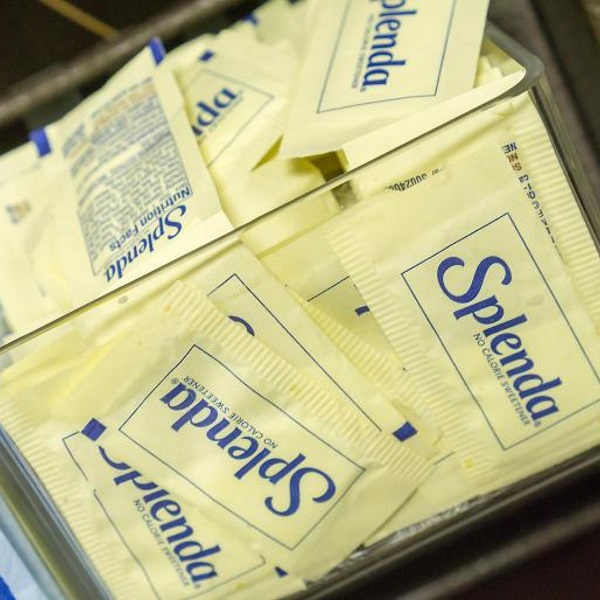 New research suggests sucralose can cause cancerous tumors and leukemia.

If you’re like most calorie- and sugar-conscious dudes, you probably have a go-to sugar-free sweetener you use daily. Well, it may not make you fat, but there’s a possibility that one popular sweetener in particular could cause cancer instead, according to new research (on mice) published in the International Journal of Occupational and Environmental Health.

In the study, researchers wrangled 457 male Swiss mice into five groups and 396 females into five groups, then loaded them with exorbitant amounts of sucralose (Splenda). The mice’s feed was spiked with 0, 500, 2,000, 8,000, and 16,000 parts per million (ppm) concentrations from the twelfth day of their development (prenatal life) until the end of their lifespan.

The researchers found a substantial dose-related incidence of malignant tumors and leukemia, in male mice specifically, at concentrations of 2,000 and 16,000 ppm.

But there are some major things to consider before you freak out and ditch the Splenda altogether. For one, this is an unfathomable amount of artificial sweetener—about 12 times the recommended daily limit for humans, Forbes, who cooresponded with the study author, reported. (You can read about the FDA recommendations for sucralose here.)

And third, the 8,000 ppm exposure of sucralose in the male mice is inconsistent with what was seen at 2,000 ppm and 16,000 ppm. The number of tumors jumped from 56 percent (at no exposure) to 63 percent at the highest concentration. But at 8,000 ppm, the rate was 53 percent—that’s 10 percent lower than the zero exposure level. (You can read the full story from Forbes here.)

The study researchers also say in a press release: “These results may be affected by the 20% decrease in the mean body weight in both males and females treated at the highest dose as compared to controls.”

So, as you can see, we need more research before saying with certainty that everyone should nix the Splenda. Plus, doing so is actually way harder than just swapping out your coffee sweetener. (After all, sucralose is used in over 4,500 food and beverage products on the market.) But, until more research is conducted, consider swapping in these sweet alternatives when possible:

In its unprocessed form, stevia provides antioxidants, vitamins, and minerals. Because the human body can’t digest the stevia plant, it offers close to zero calories and has a very low glycemic index. The fructose count also becomes negligible, and it doesn’t affect blood sugar levels either.

Monk fruit is a round green melon that’s been grown for centuries in central Asia. Monk fruit extract is about 150 times sweeter than sugar, non-glycemic, and has zero calories per serving. Industry insiders have predicted that it will become stevia’s fiercest rival.

3. Yacon Syrup
Yacon syrup is made from the root of the yacon plant, which grows in the Andes region of South America. It has a minimal impact on blood sugar levels because it has a sugar polymer our bodies cannot digest, and is considered a prebiotic as it aids in calcium absorption. Try to get the raw form when possible.