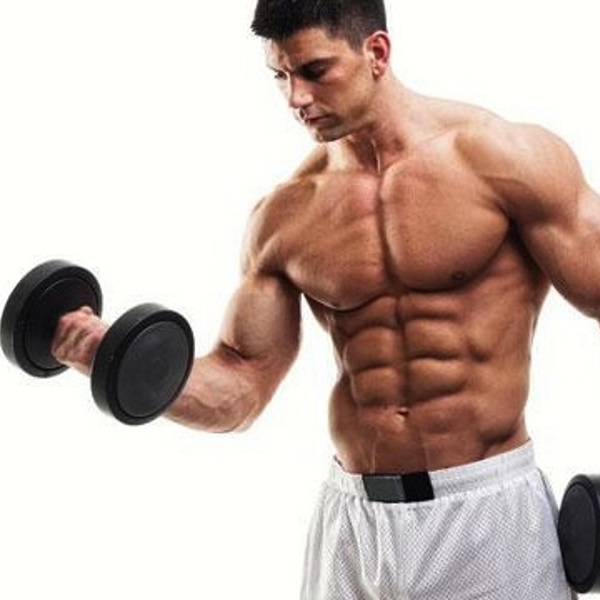 Which is best when trying to build muscle – slow speed, medium speed or fast speed?

Actually, it is best to utilize all three in your quest to maximize muscle size and strength.

Typically, rep cadences fall in the 2/4 range,which translates to a two-second positive portion, and a four-second negative. That rep cadence works best during most training sessions but sometimes it is necessary to mix things up a bit to restart gains. Your body systems are very efficient at becoming acclimated at the workload its subjected to. This is done in an effort to avoid adding muscle tissue, which is costly both in nutrients and energy to construct and maintain it. To force your body to add lean muscle to your frame, we must do something different.

Superslow training was developed in 1982 by Ken Hutchins,an associate of Nautilus machine pioneer, Arthur Jones. It involves completing a rep using a 10/4 cadence, using a 10-second positive followed by a four-second negative. The ten-second positive causes an increased tension on the muscle compared to standard training. This is due to a greater number of contracting fibers within the muscle,causing increased friction between the actin and myosin protein filaments. The slower the rate at which the actin and myosin filaments slide past each other, the greater the number of links or cross-bridges that can be formed between the filaments.

This all leads to greater micro-damage in the muscle,which in turn causes rebuilding-and overcompensation-in the muscle. This means – MORE MASS!

In several controlled studies superslow training resulted in substantial gains in strength,in some cases better than typical speed training did.

Wayne L. Westcott, PhD, fitness research director at the South Shore YMCA in Quincy, Mass., staged two informal studies in 1993 and 1999. In each, about 75 people trained with the SuperSlow program — for 8 and 10 weeks, respectively. Those doing SuperSlow in both groups experienced a greater than 50% gain in strength. In fact, the results were so difficult to believe that Westcott had them verified at Virginia Tech.

The people in Westcott’s study did 12-13 exercises. The comparison group did 10 repetitions of each exercise, raising the weight and lowering it over a period of the usual 2 seconds in each direction. The others performed five repetitions, using the Superslow Protocol- 10 seconds on the positive,or concentric portion, and 4 seconds on the negative one. That equals 20 seconds of muscle contraction for each repetition instead of the usual 4 seconds. Multiply that by five repetitions and 12 exercises, and you have a killer workout, Westcott says.

How often should you do this training? Do it as often as you would any other intense form of training. Train each muscle group once every 7 days. If you are training hard enough, you will need the six or so days between workouts to let your muscles recuperate. Bodybuilders with exceptional recuperative abilities can train a muscle every five days,but if you find your muscles still sore,or depleted, go to every 7 days.

Now, let’s get into some workouts so it will be easy for you to put this outstanding HIT technique into practice.

Even though the proponents of Superslow training advocate using this technique to the exclusion of others, I have found the best practice is to cycle training between techniques. Use Superslow for several weeks before switching to other forms of training, otherwise your body quickly becomes acclimated to the stresses placed on it and ceases to respond.