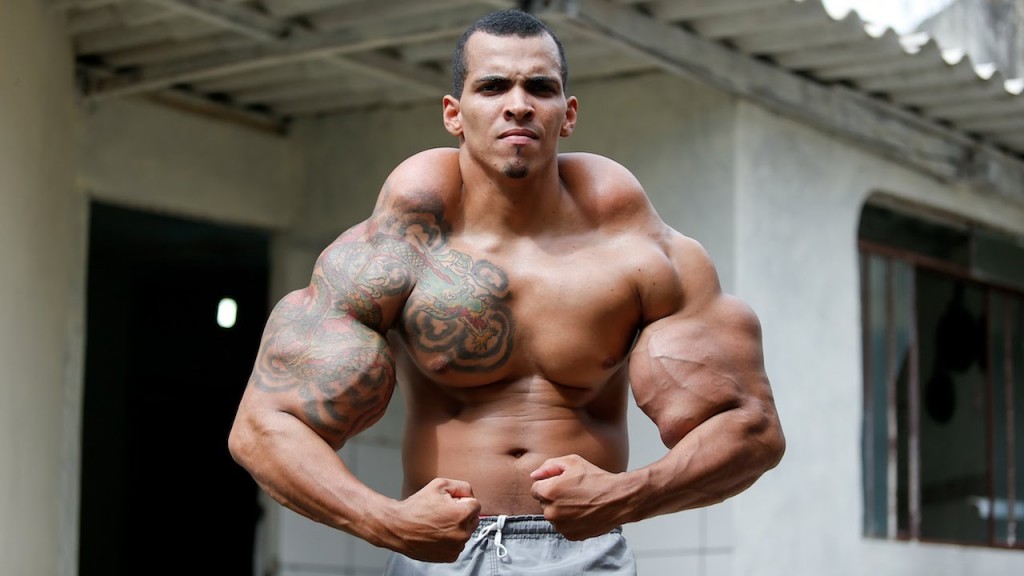 When Romario Dos Santos Alves told people he wanted the body of The Incredible Hulk, he wasn’t kidding. Through a combination of hitting the iron and injecting his muscles with synthol, which is a mix of oil and alcohol, Alves was able to dramatically increase the size of his muscles; terrifying children who saw him in the streets.

Fast and simple injections for a monster-sized physique. How could anything possibly go wrong? Unfortunately for Romario and his 25″ guns, all is not perfect. Apparently, there’s a price to pay when you stuff your muscles like a goose being prepared for fois gras. Due to the toxins in the oil, the synthol injections led to several mental and physical health problems. Things got so bad, one doctor felt drastic steps were needed to save Romario’s life.

“I remember the doctor told me that they would need to amputate both arms,” he told the Daily Mail. “They said everything in there, all my muscles, were rock.” Seems like a lot to sacrifice for a freakishly, oversized upper body. Fortunately, doctors were able to just remove some of the “rocks” that had formed in his arms. Now if they could just remove the rocks from his head.