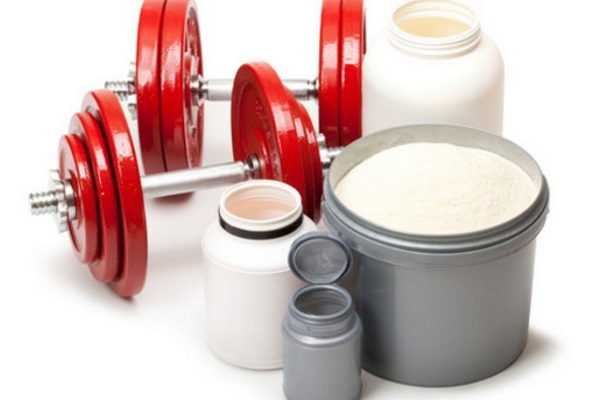 By Stephen Daniells Nutra Ingredients USA
Consuming protein before sleep may increase muscle mass and strength gains in response to resistance exercise, says a new study from The Netherlands.

The study was funded by DSM Food Specialties (Delft, The Netherlands) and the Dutch Olympic Committee.

To answer this question, the Dutch researchers recruited 44 young men with an average age of 22 and randomly assigned them to two groups: One group received 27.5 grams of protein every night before sleep during a 12 week resistance training program, while the other groups received placebo and the same exercise program.

Results showed that both groups showed increases in muscle strength, but the gains were significantly greater in the protein-supplemented group, compared to the placebo group.

In addition, the area of the thigh muscles increased in both groups over time, with the greater increases in the protein group. (8.4 cm2 versus 4.8 cm2).

“The supplement was on average taken 3.9 h after cessation of exercise, allowing net muscle protein accretion during overnight sleep,” wrote the researchers. “This nutritional strategy was feasible and well tolerated by the participants.

“The protein supplementation effectively increased gains in muscle mass and strength despite the fact that participants in both the protein and the placebo groups already received a protein snack after each training session and consumed a relative high-protein diet.

“Consequently, it is quite remarkable that dietary protein supplementation before sleep further increased the gains in muscle mass and strength during prolonged resistance-type exercise training in these young, healthy adults.