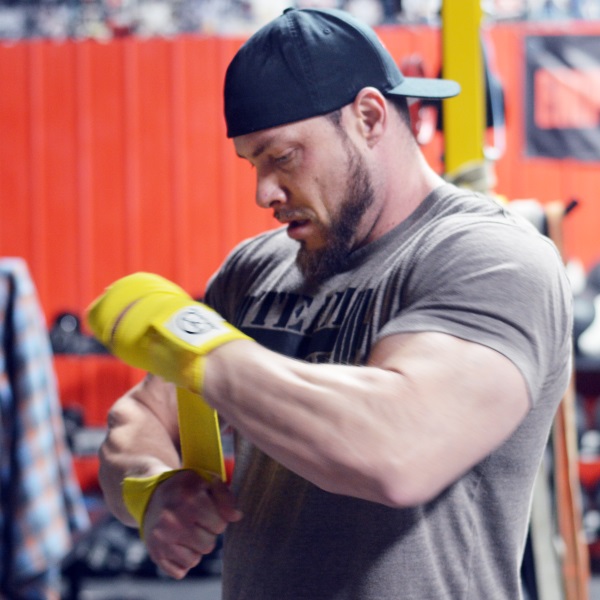 Sometimes not knowing something is a good thing. And sometimes the more you know, the worse off you are.

We live in the information age. In theory, anyone with an internet connection and a web browser can learn about anything. On one hand, this is rather amazing. Human knowledge collectively is at an all-time peak and rising. On the other hand, it’s always led to the death of expertise and, at times, creates a lack of appreciation for experiential knowledge. People believe that “knowing” about something is the same as understanding it, and this results in people often getting in their own way.

Pick a Program, Any Program

This should be a relatively relatable example for everyone. One day, you decide that you’re going to follow X program (e.g. 5/3/1, 5thSet, fortitude training). You have your mind set on this, so you draw up your training plan and are ready to go. Two weeks into it though, your mind wanders. You get online and participate in some discussions with other relatively young lifting enthusiasts.

“So and so did such and such program and it exploded all his life. It made his biceps bigger and it gave him a six-pack. And it got him a smoking hot fit chick girlfriend!”

Because you are young…and young (or old and should know better), you’re intrigued. You read further.

“Yeah, your low back hurts? That because your QL isn’t communicating properly with your TFL and this is throwing off your GOGOQs from stabilizing properly, which is creating dysfunction in your TVA when you go to breathe. So you need to do these 35 things that will torque you back into proper alignment by resetting your CNS. I swear. It worked like magic for me!”

“Yeah, sure you can do such and such program, but I really don’t think it works that well for anyone but geared/natty/advanced/hard gainers/gifted lifters. You should do X program by such and such. He knows what he’s talking about!”

Fawk! Now, you’re questioning everything. So you go home and pull out the program/plan that you made and you start changing it. Because of things that you read in a forum on the internet.

Five weeks later when you’re benching three days a week, having changed your training schedule from four days to six, and you’re now using a peri-workout, prehabbing, taking X supplements and doing a Frankenstein’s monster version of Westside with 5/3/1 and Bulgarian training with Mountain Dog intensity techniques for extra hypertrophy, you officially fucked up your training. If you’re true to form, you’ll swear up and down to yourself that this is the cleverest and smartest program that you’ve ever done. Until you get injured, plateau and stall out. Then you wonder why you haven’t actually improved anything in three months.

The irony to all this? You “know” so much about programming. Or at least you think you do.

In reality, you truly know nothing. But your “awareness” is certainly pretty high. You have lots of information in your head and it’s all working against you.

Stick to What You’ve Practiced (or Can Practice)

Sometimes I question whether this generation is a generation of quitters, not in the conventional sense of quitting but in the sensibility that few people truly try anything. They follow a program, plan or method and then switch based on their subjective feelings.

No, you didn’t. You poorly practiced it for three weeks and then moved to something else. Trying something and seeing it to completion is the only way to maximize your learning. Otherwise, your learning will be scarce.

And It Isn’t Just Training

People do this with diets, books and skill sets. They do this with everything. They start something, and not only do they not finish it, but they barely apply any measurable effort to it. As I’ve said in the past, if you’re going to fail at something, fail spectacularly. See it through to the end and do not fail quietly.

Similarly, if you’re going to fully learn something, commit to it. It takes however long it’s supposed to take. Relish the time spent on it. Make mistakes, make adjustments and don’t be afraid of not feeling 100 percent confident about it. The struggle is where the growth happens.

More than anything else, don’t trick yourself into thinking that you know more than you do. Recognize that knowing and knowledge are two very different things. Sometimes getting out of your own way is understanding that you don’t have any idea what the way is. But you sure as hell can learn through time and find out.