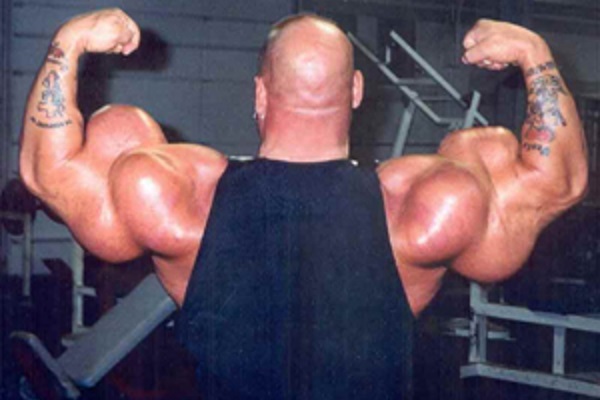 In my previous article I discussed the Designer Steroid Control Act of 2014. I covered the twenty-five compounds that were once sold OTC, but are now classified as schedule III drugs. This Act criminalized many of the compounds that were once sold as prohormones. These compounds were very popular among bodybuilders and athletes because they were able take an anabolic/androgenic agent without breaking the law. Now these bodybuilders are left with a decision to make, take the plunge and use illegal anabolic steroids while risking the possibility of arrest and prosecution. Or they can rely on their body’s own natural hormone production, in hopes of being able to come remotely close in matching the progress that accompanied the use of prohormones.

Some may opt for natural testosterone boosters, but none have shown to have much of an effect. So this is really not a viable option. With that option out the window, bodybuilders are still left with going the natural route or breaking the law by using anabolic steroids. Before taking the plunge to use illegal anabolic steroids, or settling for mediocrity that often accompanies going all natural, there is a legitimate third option.

When the Designer Steroid Control Act of 2014 was passed, it excluded hormones that are classified as estrogens, progestins, corticosteroids, and dehydroepiandrosterone (DHEA). Corticosteroids are used for their anti-inflammatory effects. They promote a catabolic environment, which makes them useless or even harmful when taken by bodybuilders or athletes (unless they are taken temporarily to lessen joint inflammation while training or during an event). While estrogen is needed in small amounts in men to increase muscle mass, it should take no explanation as to why this female hormone should in no way be taken exogenously by a bodybuilder to improve their physique. With those two hormones out of the way, that leaves progestins and DHEA related substances.

DHEA was once promoted as an effective muscle-building and anti-aging hormone. It became so popular at one time, it could be found in an injectable mixture that also contained testosterone cypionate and propionate. Known as Sten in Mexico, it was one of the most commonly found steroid blends found in farmacias that catered to the American anti-aging consumer. The hype surrounding DHEA carried it for years. One would think that if it was blended with other effective anabolic steroids by a pharmaceutical company, it must have some value. During the 80s and 90s, Mexican labs were known for blending together some strange combinations of steroids and other substances that still make no sense to this day. Another example of this was Reforvit-B. It was an injectable form of Dianabol and B-12. Dianabol is an oral steroid that has a half-life of about four hours, so the injectable version would have to be injected several times per day to experience the full benefits of the steroid. This type of non-sense blending in Mexico shows that just because a compound is added to a steroid mix, its not necessarily beneficial. DHEA is still somewhat popular among the anti-aging community, but any muscle-building properties it was thought to contain, when given to someone who is not DHEA deficient, have been dismissed.
While DHEA itself has shown to be worthless when used to promote muscle growth, there are DHEA related compounds that have shown quite the opposite.

1-Andro (1-androstene-3b-ol,17-one)
1-Andro is sometimes referred to as 1-DHEA, and since it is a DHEA related compound, it is exempt from the most recent Steroid Act. In the body, 1-Andro is converted to 1-androstenedione and 1-androstendiol. These metabolites exert some androgenic properties themselves, but they will also convert to 1-testosterone, and this is where most of the muscle-building and strength effects take place. 1-Andro is a non-17aa hormone, so liver toxicity is not a concern. Unlike many prohormones that are now on the banned list, water retention doesn’t occur with 1-Andro. Due to this, rapid increases in weight wont occur, but users can expect moderate gains of solid muscle and strength. This can be taken in place of former prohormones that were known for increasing lean muscle mass and strength.

4-Andro (4-androstene-3b-ol,17-one)
4-Andro converts to 4-androstenedione and 4-androstenediol in the body. These two hormones will then convert to the muscle-building hormone testosterone. The conversion from 4-Andro to 4-androstenedione appears to take place at a higher rate when compared to the conversion to 4-androstenediol. While 4-androstenedione does convert to testosterone fairly well, it also aromatizes. This can easily controlled with the use of an anti-estrogen such as Arimistane (androst 3,5 dien-7, 17 dione). As with 1-Andro, 4-Andro is a non-toxic compound. An increase in red blood cell count does occur with 4-Andro, and this leads to an increase in muscle fullness and pumps when training. Water retention is more likely to occur with 4-Andro, but gains in size and strength are more drastic when compared to 1-Andro. This makes this a good choice when bulking, and this can be taken in place of former prohormones that were promoted as a “wet bulker”.

Epi-Andro (3b-hydroxy-androstane-3b-ol)
Epi-Andro is another compound that dodged the bullet and survived the 2014 prohormone ban. It’s naturally produced by the 5a-reductase enzyme from DHEA. Natural production can vary from person to person since the 5a-reductase enzyme is less prevalent in some people. When taken orally, Epi-Andro converts to DiHydro-Testosterone. DHT is 5 times as androgenic as testosterone. This characteristic makes this compound efficient in increasing lean muscle mass, muscle hardness, strength, and aggression. Some users have even noted an increase in lipolysis (fat loss) while taking Epi-Andro. This dry compound is preferred by bodybuilders that are looking to gain strength and lean muscle, while inhibiting estrogenic side effects such as water retention and fat storage.

19-NorAndro (19-norAndrost-4-ene-3b-ol, 17-one)
This compound has the ability to convert to three different powerful hormones: 19-norandrostenedione, 19-norandrostenediol, and 19-nortestosterone (nandrolone). It has been shown to convert to nandrolone rather efficiently. During a study, men taking a dose of no more than 344mgs of 19-NorAndro per day tested positive for nandrolone after just 3 days. As with nandrolone, users of 19-NorAndro will experience quality gains in size and strength. Nandrolone has been popular among bodybuilders experiencing joint pain because it helps to lubricate the joints. Because this is a benefit that is also experienced with 19-NorAndro use, this compound is a good choice for bodybuilders looking to add size and strength while protecting the joints. 19-NorAndro can be stacked with other compounds such as 1-Andro, 4-Andro, and Epi-Andro.

Many prohormones were added to the list of controlled steroids this past year. After this, many feel that the only way to increase muscle mass and strength is by taking compounds that are now illegal. This is not the case. I’ve covered four legal and very effective compounds that can be used to replace the prohormones of the past.