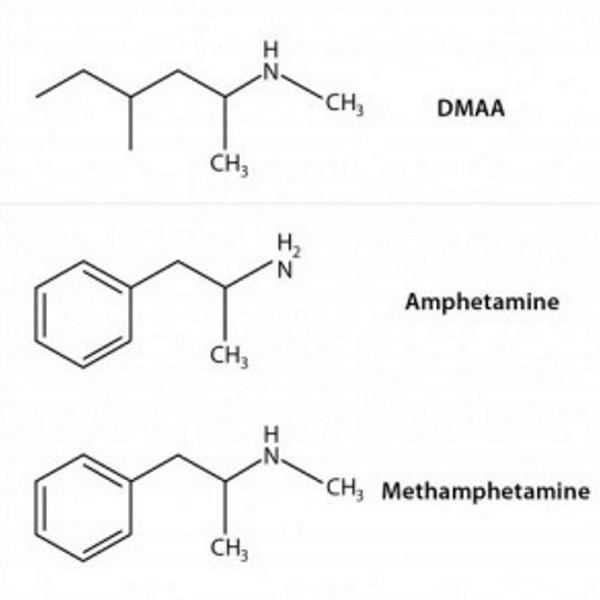 This is probably one of the most important articles you will ever read. There are some companies on the internet that sell DMAA powder and caffeine powder in bulk and this practice is very dangerous. There have been numerous people who have died taking these powdered stimulants. DMAA should be dosed at 25-50mg per serving and at max a person can take 100mg per day. The issue is that 100mg is a very small amount and it is very easy to get the wrong amount on accident.

DMAA is a natural extract of geraniums that was once sold as a nasal decongestant. It made history in 2013 when it was banned by every athletic organization, military bases and finally the FDA tried to take it off the market.

Hi-Tech Pharmaceuticals Inc is currently in court trying to prove that DMAA is totally legal, which means that for the time being, you can buy DMAA as a sports supplement in the Hi-Tech line of products here on Mind and Muscle.

DMAA has been shown to be safe when used by healthy adults at levels which do not exceed the maximum daily dose, so if you are healthy and want the best energy for your workouts, then give legal DMAA a shot in a form that is not going to be dangerous.

The LD50 for caffeine is very high (that’s the dose where animals start dying in significant numbers) and a lethal dose to most men starts at the 10g range. That being said, it’s not impossible to overdose on caffeine. A man in the UK bought some caffeine powder from a US web site and ended up using the wrong scoop which lead to his death. Similarly, in 2010 a boy in Ohio was found to have ingested as much caffeine in 70 cans of Red Bull by taking powder.

While these incidents are rare they do show that something safe like caffeine can be deadly if the wrong dose is used.

DMAA has an LD50 of just over 200mg for a single serving. This is not the 10,000mg you’d find with caffeine which would be very obvious since the difference between a 200mg dose and a 500mg dose is way less than a sugar packet.

So, you can see it would be easy to overdose on DMAA powder and all it takes is one wrong scoop or even as simple as not paying attention. How many times have you been dosing something and thought “Did I take that already?” If you do that with DMAA, because of the tight range for overdose you could be in major trouble.

DMAA is safe and effective for weight loss, focus and intensity but it isn’t to be taken lightly. It’s much better off to take commercial products with the proper dosing and studies. The typical dose of DMAA in a scoop of Jacked Up or Hydroxy Elite is 25mg per pill, which means you would have to take 10 pills to be in the danger zone. DO NOT EXCEED THE SUGGESTED DOSE!