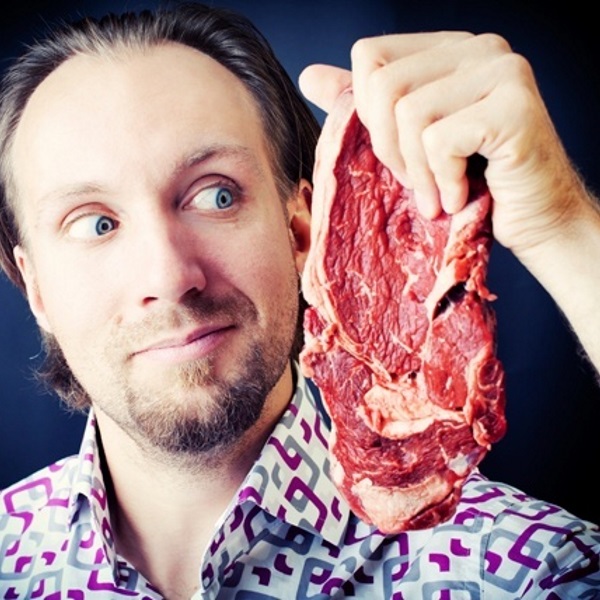 Muscle meat is rich in the amino acid methionine, but relatively low in glycine.

In the online health community, there has been a lot of speculation that a high intake of methionine, along with too little glycine, may promote disease by causing an imbalance in the body.

This article takes a detailed look at the science behind these ideas.

What Are Methionine and Glycine?

Methionine and glycine are amino acids.

They make up the structure of proteins, along with 20 other amino acids. They are found in dietary protein and also have many important functions in the body.

Methionine is an essential amino acid. This means that we need to get it from the diet in order to survive.

Luckily, methionine is easy to acquire. It is found in varying amounts in most dietary protein, especially animal protein.

It is abundant in egg whites, seafood, meat and certain nuts and seeds. Below are some examples of foods that are high in methionine (1):

One of methionine’s main functions is to serve as a “methyl donor”, speeding up or maintaining chemical reactions within the body.

Similarly to methionine, glycine is found in varying amounts in most dietary protein.

The richest dietary source is the animal protein collagen, which is the most abundant protein in humans and many animals (2).

However, collagen is usually not found in high amounts in the meat you buy at the supermarket, unless you prefer cheaper cuts.

It is found in connective tissue, tendons and ligaments, skin, cartilage and bones–stuff that is usually associated with low-quality meat.

Glycine is also found in high amounts in gelatin, a substance made from collagen. Gelatin is commonly used as a gelling agent in cooking and food production.

Dietary sources of gelatin include gelatin desserts and gummy bears. It is also an additive in various food products, such as yogurt, cream cheese, margarine and ice cream.

Below are some examples of glycine-rich foods (1):

Glycine is not an essential amino acid. This means that we don’t need to get it from the diet to survive. In fact, the body can produce it from the amino acid serine.

However, evidence suggests that glycine synthesis from serine may not fulfill all of the body’s need for glycine. That’s why we may need to get a certain amount from the diet (3, 4).

What’s the Problem With Methionine?

Muscle meat is relatively high in methionine, which can be turned into another amino acid called homocysteine.

Unlike methionine, homocysteine is not found in food. It is formed in the body when dietary methionine is metabolized, mainly in the liver (5).

Excessive consumption of methionine may lead to elevated levels of homocysteine in the blood, especially when people are deficient in certain nutrients, such as folate (6).

Homocysteine is highly reactive within the body, which makes it potentially harmful in high amounts. In fact, high levels of homocysteine have been associated with several chronic diseases, such as heart disease (7, 8).

Because of this, methionine supplements or animal protein may have adverse effects on the function of blood vessels (9).

However, there is currently no strong evidence that elevated homocysteine, in itself, causes heart disease. It may simply be an indirect risk factor, statistically associated with the true cause.

A few studies have shown that reducing homocysteine levels with folate or other B-vitamins after a heart attack does not decrease the frequency of recurrent events in the heart or circulatory system (10, 11, 12).

Additionally, meta-analyses found that reducing homocysteine levels had little or no effects on future heart disease events or the risk of death (13, 14).

Bottom Line: High amounts of methionine may lead to elevated levels of homocysteine. Homocysteine has been linked with heart disease and other chronic diseases, but whether it actually causes them is a matter of debate.

The body has a system to keep homocysteine levels within a healthy range.

This mainly involves recycling homocysteine and turning it into the amino acid cysteine or back to methionine.

When this system fails, homocysteine levels increase. Levels of methionine may also run low when homocysteine recycling is impaired.

Different nutrients are required for each of these three mechanisms to work.

1. Folate-dependent remethylation: This process converts homocysteine back into methionine, and helps keep base levels of homocysteine low (15).

Three nutrients are required to keep this system running smoothly:

2. Folate-independent remethylation: This is an alternative pathway that changes homocysteine back into methionine or dimethylglycine, keeping base levels of homocysteine within a healthy range (15).

Several nutrients are needed for this pathway to work:

The nutrients required to keep this process running include:

If these systems do not work efficiently, circulating homocysteine levels may rise.

However, nutrients are not the only factors that may affect homocysteine levels. Genetics (such as the MTHFR gene), age, certain drugs, and conditions, such as liver disease and metabolic syndrome, also play a role.

Bottom Line: Under normal circumstances, the body keeps homocysteine levels within a healthy range. This requires several nutrients, such as folate, vitamin B12, vitamin B6, trimethylglycine, serine and glycine.

Does Too Much Muscle Meat Increase Homocysteine Levels?

After eating a high-protein meal, or taking methionine supplements, circulating homocysteine increases within hours. The level of increase depends on the dose (9).

However, this increase only occurs temporarily after meals, and is perfectly normal. On the other hand, an increase in the base level of homocysteine is more of a concern.

To increase base levels of homocysteine, a high dose of pure methionine is required. This dose has been estimated to be equivalent to about 5 times the normal daily intake of methionine (6, 28, 29, 30).

Conversely, lower doses do not increase base levels of homocysteine (31).

Simply put, there is no evidence that a diet high in muscle meat increases base levels of homocysteine in healthy people.

The underlying causes of elevated homocysteine involve the body’s inability to keep it within a healthy range. These include nutrient deficiencies, unhealthy lifestyle habits, diseases and genetics.

Bottom Line: A high dose of supplemental methionine may increase base levels of homocysteine. On the other hand, eating muscle meat only leads to a temporary increase in homocysteine levels that subsides soon afterwards.

How Does Glycine Step In?

However, whether eating a lot of glycine has any effects on the base levels of homocysteine is currently unknown. More studies are needed.

On a different note, glycine supplementation may have some health benefits.

For example, it has been shown to decrease oxidative stress in elderly people, along with cysteine, and other studies suggest that glycine supplementation improves sleep quality (32, 33).

Bottom Line: Dietary glycine may help reduce the temporary rise in homocysteine levels after a high-protein meal. The health relevance of this is unclear.

There is no good evidence that getting too much methionine from muscle meat, or other dietary sources, causes a harmful rise in homocysteine in healthy humans.

However, this may depend on several factors. For example, some people with a mutation in the MTHFR gene may respond differently.

Although glycine appears to play an important role in reducing the temporary rise in homocysteine after a high-protein meal, its health relevance remains unclear.

Several other nutrients are also important for keeping homocysteine levels under control. The most important of these are folate, vitamin B12, vitamin B6, choline and trimethylglycine.

If you eat lots of methionine-rich food, such as eggs, fish or meat, make sure you’re getting plenty of these nutrients as well.