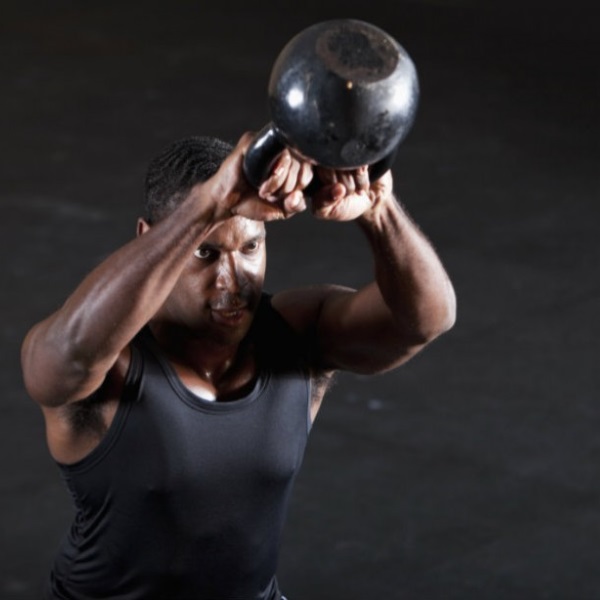 The kettlebell swing offers many benefits and can be utilized in many ways.

It’s a fantastic modality to train explosiveness and power (especially as a more “user friendly” alternative to Olympic lifting), it’s a back saver in that 1) when it’s performed correctly it helps to dissociate hip movement from lumbar movement (it’s all about the hinge baby) and 2) even Dr. Stuart McGill agrees that the KB swing is the bombdiggidy1, it serves as an excellent conditioning tool, and it’s one of those things that doesn’t take up too much gym space or equipment.

All you need is a body and a kettlebell.2

The thing is, the kettlebell swing isn’t as intuitive as it looks.

Frankly, more often than not, whenever I watch someone try it (or even coach it), it ends up looking like whateverthefuck dance Drake’s doing in his Hotline Bling video.

There’s a lot going on with a (good) swing, and it’s understandable why many mess it up on their first go. And second, and 7, 912th.

A lot of “things” need to happen and be in working order from a patterning standpoint to perform one competently. And it’s compounded further when we start to factor in load, not to mention the ballistic nature of the movement itself.

Whenever I begin to coach someone up who’s new to the movement (or even if I’m working with someone with a little more experience and have to iron out some technique kinks), I prefer to break things down into more manageable, bite-size chunks and attempt to “layer” the swing.

Layering the KB Swing
Technically, the first “layer” is slowing things down and allowing people to appreciate what the finished – standing tall – position should feel like.

Here is where abs should be engaged, knees are locked out (quads/knee caps flexed), spine is an anatomical neutral position, and one should be firing their glutes so hard that their butt cheeks could crush a Volvo.

Here, too, is where I try to get someone to understand what it means to HINGE and not SQUAT the swing.

The KB should never dip below knee level – again, it’s a hip hinge not a squat – and there are a litany of cues I default towards to get this message across:

Essentially I need to get people to appreciate that they’re going to stay upright for as long as possible – till the very last split second – before they “break” and get out of the way.

From there I find time best spent working on the set-up.

A big mistake people make is to pick up the KB and then try to start the swing from a standing position. It’s awkward and vaguely resembles dry humping a tree. See? Awkward.

Teaching the HIKE POSITION is crucial, as it gets people in a more efficient starting position and helps to set the tone for the subsequent hip snap.

This in fact may be someone’s wheelhouse for a week, maybe longer. I’ll generally keep things in the 8-10 rep range and perform multiple sets as either part of an extended warm-up or as a stand alone exercise.

The key, though, is to ensure an aggressive hike and that the hips don’t pop up too far.

Once we have that nailed down, it’s time for the next layer….

The Hike +1
Here is where we take the hike and start to incorporate an actual hip snap (swing)…albeit only ONE repetition.

The goal is to ensure quality reps.

I also want to ensure people learn to use their HIPS (and not “muscle” things with their arms). The hips more or less serve as a launching pad to “thrust/push” the arms out front.

Note: and since we built a little context beforehand and started everyone in the end position (standing tall) they should kinda-sorta know what it feels like, or what to expect. Basically, it’s not a foreign “thing” to them like a good episode of The Kardashians or, I don’t know, a leprechaun.

I’ll keep reps a little lower here, usually around FIVE, and utilize the same approach as above with the hike.

Moving Forward
Once those two things are dialed in, we can then experiment with an actual repetitive swing. However, I find many people will benefit more by not being too aggressive from the get go and veering too far away from the Hike and Hike + 1.

Some may pick things up quickly and be able to perform a swing within 10-30 minutes – Dean Somerset and I do it all the time at our workshops: TORONTO (3/19), SEATTLE (4/9) – and for others it may take a few sessions, if not a few weeks.

The important point to consider is to break the swing down into more manageable parts for people, and to not perform or coach an American Swing.…;o)