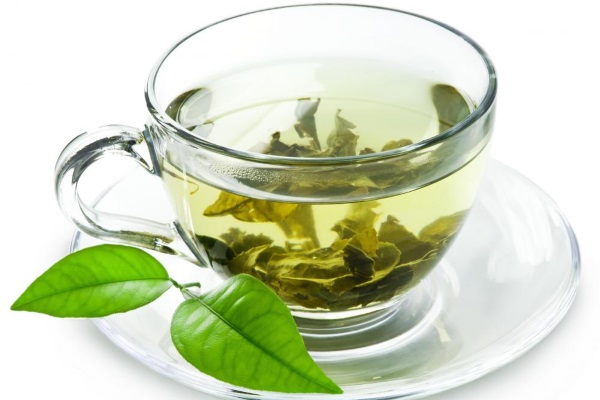 If you believe in doing cardio training on an empty stomach as a way of losing fat, then you’ll be interested in the human study that sports scientists at Charles Darwin University in Australia published in Nutrients. According to their study, the amount of fat that you burn during and after a short interval training session increases significantly if you take green tea capsule an hour before starting the workout.

Green tea, training and fat burning
Some studies have shown that green-tea supplements boost exercise-induced fat burning; others have shown that green tea has little or no effect at all. [Med Sci Sports Exerc. 2013 May;45(5):883-91.] [Int J Sport Nutr Exerc Metab. 2014 Dec;24(6):656-64.] That’s probably because scientists are not familiar with how green tea should be consumed.

It’s the same as with carnitine. In many studies L-carnitine has no effect on fat burning, so many scientists rejected it as an ineffective slimming supplement. We now know, however, that L-carnitine in supplements can only reach the body’s cells if large amounts of glucose and insulin are present in the bloodstream as well.

Something similar also applies to green tea. It seems that the active ingredients in green tea are barely absorbed if you consume macronutrients – especially protein – at the same time. Animal proteins, which contain relatively large amounts of methionine, in particular may well sabotage the absorption of the phenols found in green tea – that’s our bet. You’re best off taking green tea phenols on an empty stomach.

Study
The researchers did an experiment on 14 healthy but untrained female students. On two occasions the students had to do a cardio interval training session in the morning on an empty stomach. The workout consisted of 20 minutes cycling, in which they completed 60 cycles of 20 seconds. Each cycle consisted of an 8-second ‘sprint’ followed by a period of 12 minutes gentle pedalling to recover.

During the sprint the students cycled at 60 percent of their maximal power; during the recovery period they cycled at 20 percent.

On the previous day the students had taken a capsule with each meal. On one occasion the capsule was a placebo; on the other it contained 250 mg green tea extract. The capsules were produced by the American company GNC, and each contained 187.5 mg polyphenols – of which 125 mg were EGCG. In addition, each capsule contained 20 mg caffeine.

On the day that the subjects had to cycle they took another capsule, an hour before getting on their bikes. It takes the active ingredients in green tea about an hour and a quarter to enter the bloodstream.

Results
The students burned more fat both during and an hour after the workout when they had taken green tea, as the figure below shows.

The figure below shows how green tea boosts fat oxidation: by boosting the concentration of adrenalin and noradrenalin.

The students also burned slightly more kilocalories after taking green tea, but not significantly more than when they took the placebo.

Conclusion
The students burned more fat both during and an hour after the workout when they had taken green tea, as the figure below shows.