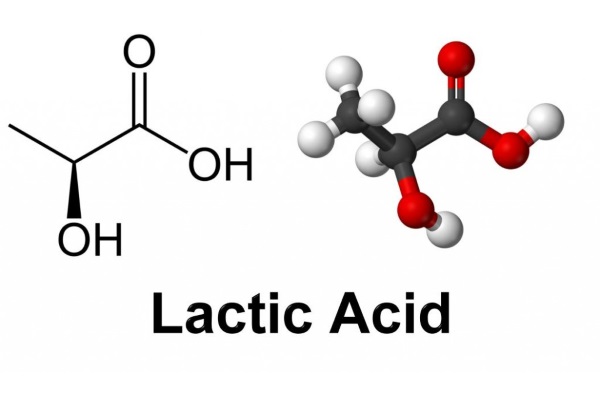 Lactic acid is released during intensive exercise. And after short, intensive exertion the body also produces more testosterone. So is there a relationship between the two phenomena? Yes, said the Taiwanese researchers we wrote about a few days ago. Testosterone producing Leydig cells work harder if they are if they are exposed to lactic acid, they discovered. And there’s another study along similar lines, done in 1997, which showed that giving lactic acid to non-active animals has the same effect.

The researchers made adult male rats swim for ten minutes and then measured the concentrations of lactic acid, testosterone and LH in their blood. The results are shown below.

The lactic acid level rose, as did the LH and testosterone levels. But to what extent are the last two effects the result of the first? The researchers found more lactic acid in the rats’ testes after the swimming session, but that fact alone doesn’t tell us much. To find out more the researchers put the lab rats on a lactic acid drip for ten minutes, in an attempt to replicate the concentrations they found when the rats went swimming.

The rise in LH was minimal. Nevertheless the researchers think that lactic acid doesn’t only have an effect on the testes, but also has a more widespread effect through testosterone stimulating hormones. They base their argument on a test tube study on cells from the hypothalamus. After the cells had been marinated for half an hour in lactic acid there was a rise in the production of GnRH, the hormone that induces the pituitary to make FSH and LH.

Now suppose that humans are just as responsive as the Taiwanese lab rats. And suppose that you could take lactic acid orally. Wouldn’t lactic acid be an interesting testosterone booster for athletes? And don’t forget, the chance of side effects is nil and the stuff is dirt-cheap: companies use it as filler.