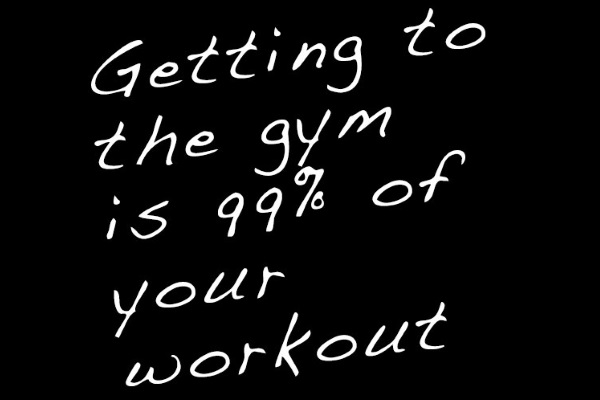 Developing any habit — good or bad — starts with a routine, and exercise is no exception. The trick is making exercise a habit that is hard to break. According to a new Iowa State University study, that may be easier to accomplish by focusing on cues that make going for a run or to the gym automatic.

Some interventions designed to help people start and continue exercising may focus on the execution habit, or an exact routine to follow at the gym, said Alison Phillips, an assistant professor of psychology at Iowa State. However, Phillips’ research, published in the journal Health Psychology, found that it’s the instigation habit — or cues that prompt people to automatically go to the gym — that increases exercise frequency.

“From a health perspective, we want people to engage in physical activity frequently, and so instigation habit is the type of habit to promote that to happen,” Phillips said. “Regardless of the type of exercise you’re going to do on a particular day, if you have an instigation habit, you’ll start exercising without having to think a lot about it or consider the pros and cons.”

For example, Phillips says many people exercise after work. The end of the work day presents their cue to drive to the gym and workout instead of driving home. For others, the cue may be the alarm clock going off in the morning signaling that it is time to go for a run or a bike ride. Some research suggests that it may take a month or longer of repeated behavior before a cue reliably and automatically triggers a behavior; sticking with the same time of day might help initially, Phillips said.

The most common cues used with interventions are external, she added. But what works best might vary from person to person. Internal cues, such as a feeling that you need to move after sitting for several hours at your desk, form the strongest habits, Phillips speculates, but are harder to train in people and must develop over time.

The study is the first to explore the importance of different habit components in predicting exercise frequency. Phillips and Benjamin Gardner, King’s College London, asked 118 healthy adults to rate their exercise instigation and execution habit strength. They then tracked how often they exercised over the course of the month.

Approximately 25 percent of participants were overweight or obese. Around 5 percent reported not exercising, while nearly 50 percent said they had regularly exercised longer than 12 months.

Finding a cue that works for you

While the study found execution habit had no effect on exercise frequency, after controlling for instigation habit, Phillips stressed it still may be an effective option for some people starting a new routine. For anyone who is new to exercise or uncomfortable going to the gym, following the same routine can help build self-confidence at the activity and being active in general. However, for others the repetitiveness of sticking to a specific routine may be detrimental.

“This study shows that you don’t have to be afraid of trying new things. You can have an instigation habit and try new types of exercise without worrying about losing the habit,” Phillips said. “It might be important for people just starting out to do the same thing until they realize they can do this, but in the long-term there does not seem to be a benefit of doing the same things over and over again.”

“I would caution people to not draw too many personal conclusions from this research because it is so preliminary,” she said. “This doesn’t mean that one way is necessarily bad or this is the way you have to do it. It’s really just the first clue that maybe what we have been doing isn’t right for everyone. And, I think it’s hopeful that the research shows you can keep up an ‘exercise habit’ without having to stick to the same boring activities over time.”

The above post is reprinted from materials provided by Iowa State University. Note: Materials may be edited for content and length.