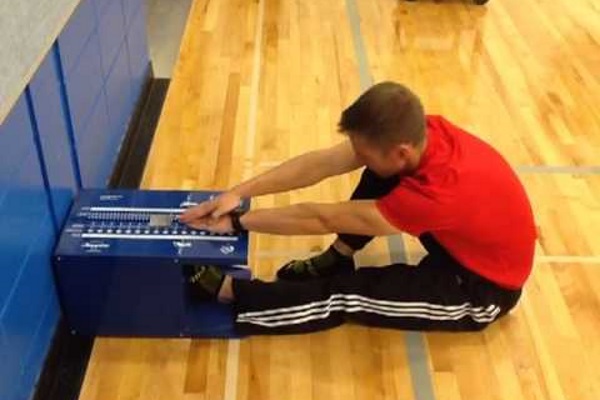 A physical education program that brings commercial-grade fitness equipment to under-resourced schools, along with a curriculum based on boosting confidence and making participation more enjoyable, dramatically increases students’ performance on California’s standardized physical fitness test, a UCLA study has found.

Publishing in the July issue of the Journal of Education and Training Studies, Anastasia Loukaitou-Sideris, a professor of urban planning and associate dean in the UCLA Luskin School of Public Affairs, reported that the UCLA Health Sound Body Sound Mind curriculum tripled the percentage of students who passed the state Fitnessgram test in schools where it was implemented — from an average passage rate of 20 percent prior to the curriculum’s initiation to an average passage rate of 60 percent after its completion. The study also found that students’ confidence levels, enjoyment of physical activity and knowledge about fitness increased following the program.

“I was not expecting that in such a short time one could see such a big difference in the kids’ fitness performance,” said Loukaitou-Sideris. “A curriculum such as this could go a long way toward motivating children to be more active and fighting obesity, particularly in low-income communities where such efforts are most needed.”

Loukaitou-Sideris, along with a team of UCLA graduate students, followed 640 students attending five inner-city Los Angeles schools during the academic year 2012-2013. The students, who ranged from seventh to 10th grade, spent eight weeks taking physical education classes that followed the Sound Body Sound Mind curriculum. Students, parents and physical education teachers were asked to respond to questionnaires before and after the students completed the curriculum. The researchers also interviewed teachers and analyzed students’ Fitnessgram scores.

Sound Body Sound Mind has been implemented in nearly 100 middle and high schools in the Los Angeles Unified School District, the vast majority of them in low-income communities. More than 400 educators have been trained on the curriculum. The Sound Body Sound Mind Foundation was created by philanthropists Cindy and Bill Simon in 1999, and became part of UCLA Health earlier this year.

Approximately 23 percent of children and young people under the age of 18 in Los Angeles County are obese, and another 19 percent are overweight, as measured by body mass index. Low-income communities tend to offer limited access to free and safe spaces for physical activity outside of school, making it more difficult for children from those communities to get regular exercise.

Sound Body Sound Mind addresses this problem with state-of-the-art fitness programs and a unique curriculum that includes 30 lesson plans focused on mastering basic physical tasks. All of the activities are designed for small spaces, so they don’t require gyms or large multipurpose rooms, which many inner-city schools lack.

“At the core of the teaching strategy is creating a welcoming environment, removing intimidation and demonstrating to students that they can improve their fitness by focusing on their own achievement rather than comparing themselves to others,” said Nathan Nambiar, executive director of the Sound Body Sound Mind Foundation and community engagement manager at UCLA Health. Nambiar says that students are never asked to perform in front of others and, since everyone is moving at once, they don’t worry that others are watching.

At Alliance Alice M. Baxter College-Ready High School, a public charter school in San Pedro, the initiation of the Sound Body Sound Mind program last fall resulted in a dramatic increase in the percentage of students passing the FITNESSGRAM test — from 37 percent to 82 percent.

“It’s changed the entire outlook our students have on fitness,” said Brooklin Brumund, athletic director at the school, which was not part of the study. “A lot of these kids come from families where exercise and healthy lifestyles are not promoted. Many have never been involved in recreational sports. At the beginning some of them complained about hating anything physically strenuous, and now they are running miles, passing the physical fitness test, and showing confidence that they’ve never had before. It’s been an amazing transformation.”

The above post is reprinted from materials provided by University of California – Los Angeles Health Sciences. The original item was written by Amy Albin. Note: Materials may be edited for content and length.