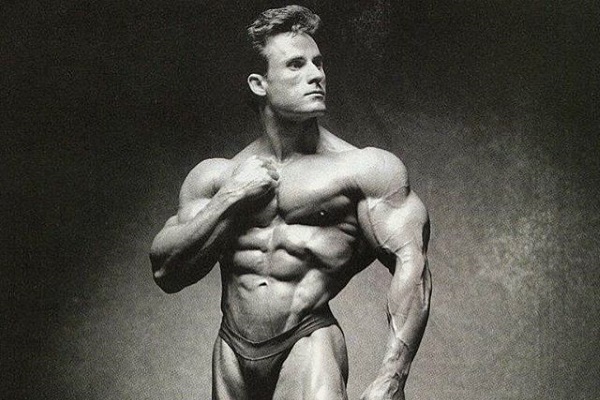 With the emergence of several new divisions in the IFBB and NPC over the last ten years or so, it has become clear that these changes, for better or for worse, have a monumental effect on our industry as a whole. The 202, now 212 division, bikini division, men’s physique division and women’s physique division have all left a dinosaur-extinction-crater sized mark on our industry. These marks have been mostly positive, with select exceptions. Now the question becomes, based on what we have witnessed in regards to new divisions over the last ten years, what kind of effect will this new men’s classic bodybuilding division have on our industry and how large will the effect ultimately be?

The idea to split men’s open bodybuilding into two separate weight classes was met with little opposition, and for good reason. This division, probably more than any other, is pure gold. The 212 class has created new super stars, new champions, more excitement, and most important of all, more opportunities for professional bodybuilders to actually make a living being bodybuilders. What’s not to like? Men’s physique was met with much criticism, especially from the hardcore bodybuilding purists, and it is very easy to imagine why. That said, the division has been a huge success for the most part. The only real negative effect the division may be having on our sport is that fact that many super talented guys who could become champion bodybuilders, are instead taking the easier route and become men’s physique competitors. In a sport as niche as bodybuilding, the last thing we need is another reason for young talent to choose against becoming a bodybuilder.

One of the largest divisions in our sport right now is the fairly new bikini division. If any of these new divisions are worthy of being eliminated from our industry, this is the one. The issues I have with this division are virtually endless, so I will refrain from listing them all. That said, I will bring up a few. First off, the division is just downright sleazy. From the suits, or lack thereof, that are worn, to the way the girls walk onstage, to the legs-spread-open-from-behind “pose”, the division would fit better on a porn website than it does on a professional physique stage. The other main issues I have are the lack of hard training and dieting the division requires, and the amount of artificial “flesh” that is used. I realize these girls eat right and train, but in comparison to all other divisions, well.. there is just no comparison. In bodybuilding everyone gets all bent out of shape over site injections and synthol use, but in the bikini division nobody seems to care about the ass injections, excessively fake breasts, shot up lips or jimmied-up cheeks. Half of the girls on stage resemble the bride of Chucky doll from the neck up. Sometimes you wonder if maybe they stole one of Kai Greene’s masks backstage while he was too busy pretending to cry about something. But I regress, the division does bring more people to the sport, whether done in a moral fashion or not.

My favorite new division, outside of the 212 class of course, is the women’s physique division. This division is great for several reasons, however one reason sticks out amongst all the others. This being the elimination or at least the removing from the spotlight, of women’s bodybuilding. Say what you will about women’s bodybuilding, but that fact remains and will always remain, that 999 out of 1000 people feel that female bodybuilders are, for a lack of a better term, disturbing. A female who is 5’4” 165 pounds at 4% body fat does nothing good for our industry in any way shape or form. What female bodybuilding had become over the last decade was like SPF 100 mainstream attention blocker. Women’s physique is a new platform for girls who love to train hard, get super lean, and compete without having a look that would give even the most hardened war vets nightmares.

The death of the freaks and the birth of a division filled with more streamlined bodybuilders circa the 1980’s hardly sounds like a bad thing, and it’s not. I have little issue with seeing the massive, distorted, freak show physiques disappear for the most part. However, not all open bodybuilders are freaky mass monsters. Some of them, like Shawn Rhoden and Cedric McMillan, have very pleasing physiques. That said, this new division does have weight limits for each height which may throw a monkey wrench into this whole equation. Assuming the open class becomes heavily overshadowed by this new classic division, guys like Shawn and Cedric, because of the weight limit set in the classic division, will have nowhere to go.

One possible way to remedy this predicament is to simply change the standards in the open class so that the competitors are forced to resemble more “classic” physiques, instead of making whole new division. This would allow guys who want to look more streamlined and “healthy” to compete, while at the same time keeping phenomenal physiques such as Shawn’s and Cedric’s in the limelight. I still feel that this would be a better option than creating a whole new division, but it is hard to say without seeing both scenarios play out in real time. Either way, the classic bodybuilding division, if nothing else, will provide more widespread opportunity, a more mainstream appeal, and more substance to talk and write about, none of which are ever a bad thing.