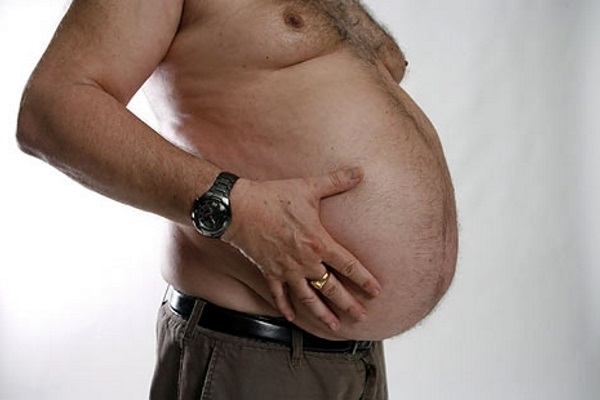 Those spare tyres around the middle are even worse for men’s androgen levels than we thought. Enzymes in fat tissue not only convert testosterone into estradiol, but also transform the androgen DHT into inactive compounds.

Overweight men more often have a shortage of androgen hormones than thin men do. In trials doctors have treated the problem with an anti-oestrogen like letrozole, and there are also cases of fat men becoming more healthy as a result of testosterone injections.

The researchers examined pieces of subcutaneous fat and abdominal fat from fat and thin men. They discovered that especially in subcutaneous fat there is a high level of conversion of DHT into 5-alpha-androstane-3-alpha,17-beta-diol. The enzymes that activated DHT were more active in mature fat cells [mature adipocytes] than in fat cells that had not yet reached maturity [pre adipocytes].

So the more fat you have, the more DHT is deactivated in your body. But that’s not the whole story, as you can see directly above here. If men put on weight, then by kg bodyweight, the DHT deactivating enzymes become more active.

For keen strength athletes who could do to lose a bit of fat, the take home message is clear.