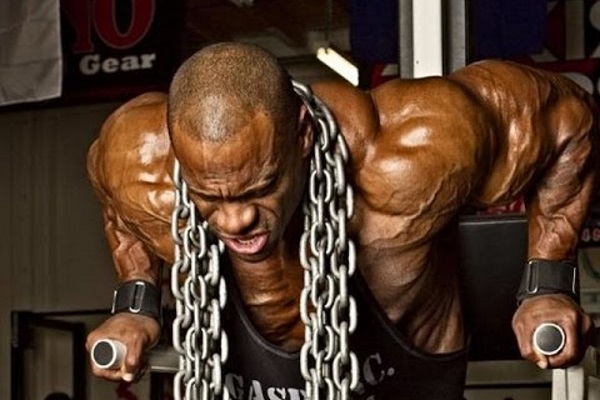 Pavel Tsatsouline once quoted in his book Power to the People (1), that the way to do more chin-ups is to “grease the groove” by doing lots of chin-ups every day. What Pavel was stating was that, repetitive and reasonably intense stimulation strengthens the nerve impulse to the muscles involved, making them stronger and more enduring. This is not to say that every set must be taken to absolute failure. Quite the opposite, as Pavilion states:

“Muscle failure is more than unnecessary – it is counterproductive! Neuroscientists have known for half a century that if you stimulate a neural pathway, say the bench press groove, and the outcome is positive, future benching will be easier, thanks to the so-called Hebbian rule. The groove has been ‘greased’. Next time the same amount of mental effort will result in a heavier bench. This is training to success! The opposite is also true. If your body fails to perform your brain’s command, the groove will get ‘rusty’. You are pushing as hard as usual, but the muscles contract weaker then before! To paraphrase powerlifting champ Dr. Terry Todd, if you are training to failure, you are training to fail.”

Undulating periodization, as described by Charles Poliquin (2), differs from Linear Periodization (LP) by making changes in intensity and volume in a more frequent fashion. Rather than making changes every 4 weeks, the undulating model makes these same changes on a bi-weekly basis. However, the switch to Daily Undulating Periodization (DUP) is repeated and increased volume training in different rep ranges on a daily basis. The higher the training volume per week, the more rapidly the gains can come.

This is not to say you should train the same way every day, and there are some caveats that need to be adhered to. I have had both powerlifters (myself included) and bodybuilders improve on both of their needed outcomes of strength and hypertrophy respectively. Not one of my athletes failed to get stronger or bigger in a shorter amount of time.

I am not giving the advice to jump into the deep end of the pool if you don’t know how to swim.

On the contrary, it does take a little time to get used to higher frequency training. When I started training for NPC Masters Nationals this year, I wanted to make it a goal to take as few days off as possible and just repeatedly train until my body started to “feel” overtrained and utilize a planned ”deload” week. While I do take one day off from training (but with HIIT cardio), this was not always the case. The concept of “deloading” was introduced when I started to use Jim Wendler’s 5/3/1 protocol and it has since been a staple in any of my programs for myself and clients.

To summarize my training, I started out with two workouts on Monday and Tuesday, cardio only on Wednesday, back to training for Thursday and Friday, off Saturday and cardio Sunday. Now, just 7 weeks into training, my coach Kent Bierly at Pure Focus in Brick NJ, we agreed that training every day except one day a week is far more beneficial for hypertrophy and to my physiology. To date, every one of my training days has had a substantial boost in every workout and my body looks developmentally different.

This is not a fluke. I have a 56 year old female raw powerlifter who struggled for many months to move past a 100 pound one rep max on bench press. Once I got her past the fear of pressing one hundred pounds, I switched her training from 5/3/1 where she made very respectable gains, to DUP. Her protocol is laid out like this: This application can be done on bodybuilders looking to gain mass or enter a fat loss period. A figure client I have trained for 5 years always desires to grow, and continue getting stronger. She has always responded well to higher volume training. In her off-season, I made a week’s worth of training the full body four times a week:

During the course of her training year or macrocycle, my figure client’s off-season can last anywhere from four to six months. The period of time selected is called a mesocycle and it is committed to gaining size and strength. As a planned event gets closer, one power day will be omitted, with the central focus placed on hypertrophy while maintaining strength levels. This mesocycle will usually last twelve to sixteen weeks, otherwise known as pre-contest training. Of course, her strength will dip slightly as her diet gets closer to her contest.

If no other shows are planned that year, she will resume the mesocycle of developing more power and hypertrophy and slowly add calories up after her show. This process is called “reverse dieting”. I may also take a month and work on needed areas of improvement. That is another article at another time. This too can take up to 6 months or more to ensure as little fat gain as possible.

This is just one form of a mesocycle that can be used with athletes, regardless of whatever sport they may be in. This is not the only way to grease the groove when you are a powerlifter or physique athlete. Another way to train using DUP is this way.

As you can see from the example above, you will be able to recover within three days before resuming. In a study examining an athlete’s recovery (3), Rhea (2003) concluded that for untrained individuals and trained individuals a frequency of 3 and 2 days, respectively, per week per muscle group is optimal, which translates to 1-2 days rest between sessions. However, this will vary depending on total volume of resistance training, individual training status, and overall goals (e.g., training for hypertrophy, strength, endurance, etc).

Another study (4) found that different lifts, such as the deadlift, squat, and overhead press require more rest than smaller muscle groups such biceps, triceps, and forearm flexors. This is due to the increase in motor unit recruitment and larger muscle mass involved with these multi-joint exercises. Thus, we can get around this by using the leg press or front squats on one of the hypertrophy days instead of squats, a variation of the deadlift such as good mornings, rack pulls or stiff leg deadlift, and finally a variation of the bench press instead of the overhead press.

In next month’s article we will go over:

3.) Rhea, M.R., et al. 2002. A comparison of linear and daily undulating periodized programs with equated volume and intensity for strength. Journal of Strength and Conditioning Research, 16(2), 250–55.