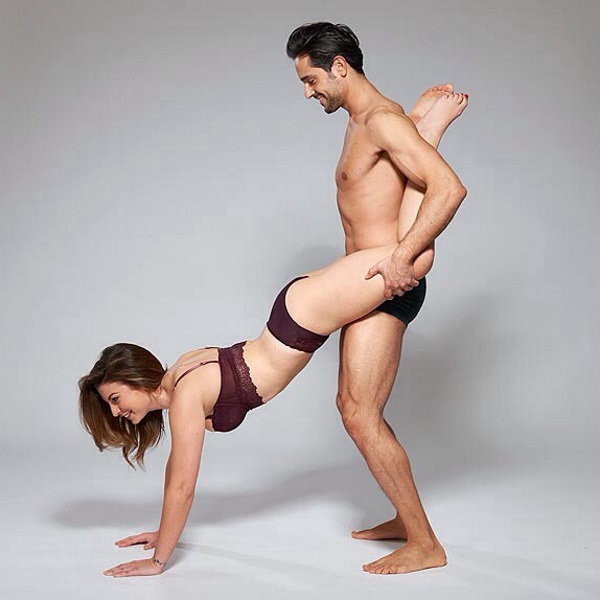 Have abstinent athletes like Russell Wilson figured out the key to prime performance?

If you’ve opened the sports section at all in the past few weeks, you’ve probably already heard it: Russell Wilson is killing it. The Seahawks moved up to sixth in NFL rankings last weekend after the quarterback helped the team dominate the Vikings, 38 to 7. In fact, Wilson is currently second in the NFL in completion percentage and third in quarterback ratings. But could the QB’s prowess be a result of the other reason his name has been in the headlines this year—his public declaration that he is abstaining from premarital sex with his girlfriend, singer Ciara?

The question of whether the last time an athlete got lucky makes or breaks a championship game is as serious and personal as the rest of the player’s pre-performance ritual. Most guys fall hard on one side or the other. NFL quarterback Tim Tebow, for example, announced a few years ago that he was abstaining until marriage. Rocky Balboa swore off sex before every major match (as did the real-life Marciano before retiring 49-0) and Muhammad Ali famously said no to nookie for the six weeks before a fight. Most of the World Cup players were sexually frustrated when they hit the field as per their coaches’ instructions.

On the other hand, New York Jets quarterback Joe Namath famously prepared for the Super Bowl III game by logging plenty of hours between the sheets. Like Tebow, New York Giants cornerback Prince Amukamaraa was waiting until marriage, and interestingly, he ended up having his best season yet last year—the same year he tied the knot. And Wilson helped the Seahawks win the 2014 Super Bowl before his pledge to celibacy.

So when it comes to a championship game or even your daily workout, does recent whoopie help or hurt come go time? “This is actually a fairly complex topic,” says Joel Seedman, Ph.D., founder of training studio Advanced Human Performance in Atlanta. “There are multiple factors that come into play including physiological, psychological, hormonal, as well as ethical and moral aspects.”

For the most part, research shows little difference in how having or abstaining from sex the night before affects performance markers or testosterone levels. A small study in the mid-90s found that men performed just as well on a treadmill 12 hours after getting laid as when they abstained from sex, while a later Swiss study found pretty much the same thing on stationary bikes. However, many coaches and athletes claim the opposite—that getting down less than 24 hours before a competition does in fact negatively impact performance, Seedman says.

So which is it?

It’s All About Testosterone

Higher testosterone levels equal better athletic performance—that’s why athletes go to great (sometimes illegal) lengths to boost how much of the hormone is in their body on game or race day. For some sports, it’s about more than just being able to push harder and run faster—more testosterone also means more aggression and intensity to channel out on the field. It’s so important, in fact, that Seedman says anything that could potentially decrease your testosterone during competition should be avoided.

The problem? Science isn’t exactly sure if abstaining from sex helps or hurts your T levels.

Research definitely supports the notion that having sex on a semi-consistent basis is in fact healthy and leads to increased testosterone levels, Seedman says. However, there is also evidence to suggest going without can give you a boost. A study in the World Journal of Urology found that men had higher T levels after abstaining for three weeks. Meanwhile, Chinese researchers had men refrain from ejaculating for one week and found that after six days, their serum testosterone levels were unchanged, but on the seventh day, their levels peaked—and then proceeded to decline rapidly.

Science aside, there’s almost irrefutable anecdotal evidence from athletes and coaches that orgasms will cause a temporary drop in the attributes associated with testosterone, like aggressiveness, energy, power, focus, and recovery, Seedman says.

Plus, some experts ascribe to the “use it or lose it” philosophy—the idea that prolonged periods of abstinence can cause a temporary shutdown of testosterone production since the body already has more than it needs, he explains.

In short: The jury’s still out on how exactly an orgasm (or lack thereof) influences testosterone levels.

There’s an optimal balance of anxiety and calmness before a competition. In certain sports or positions, it’s crucial for the athlete to stay calm, focused and relaxed— quarterbacks, golfers, tennis players, long-range shooters in basketball, for example. “In these scenarios having sex the day or night before may help assist the athlete by calming their nerves and relaxing their nervous system,” Seedman explains.

In contrast, football lineman, wrestlers, hockey players, boxers, and MMA fighters will typically benefit from the aggression, adrenaline, built up energy, and increased neural drive that can come from abstaining, he adds.

Interestingly, the seemingly zen sports of marathon running and triathlons also fit in the abstaining category. Endurance activities decrease testosterone and increase cortisol and estrogen, so while scientists are deciding whether orgasms do in fact decrease your T levels, skipping sex means you’re starting the race without potentially depleted levels.

Plus, in the paraphrased words of legendary New York Yankees coach Casey Stengel, it’s not so much the sex that destroys the athlete—the real culprit is staying up all night looking for it. If you’re out on the prowl, you’re, at the very least, drinking and staying up late, both of which would affect just a regular workout, let alone a race or competition, Seedman points out. And even if you’re getting down with your wife, you’re probably still compromising that good night’s sleep.

Science is mixed on the helpfulness of long-term game plans like Ali’s six-week celibacy stints. But one thing that most researchers and athletes will agree on? Having sex the same day as the competition—especially in the hours before—is rarely a smart decision, Seedman says.

When Swedish researchers gave both endurance athletes and weight lifters a series of mental and physical tests post-coitus, they found that having sex earlier that day didn’t mess with anyone’s ability to concentrate—unless it was within the last two hours, in which case the athletes had a harder time bringing their heart rate back down after their workout.

In fact, science shows that sex negatively impacts your heart rate, recovery, and perceived exertion, all of which can lead you to fatigue quicker and make you have a harder time focusing, Seedman adds. “If there is a drop in testosterone, the athlete is likely to experience a host of unwanted effects, like less energy, impaired recovery, decreased aggression, and even reduced force and power producing capabilities,” he explains.

Seedman says among all the pro-athletes he has worked with, the common consensus is that abstaining at least 48 hours before competition is best. Anything sooner may help them relax, but it also seems to decrease aggression and testosterone.

It’s About What’s Real to You

Science can study the physiological and hormonal effects to death, but there’s no power like that of the psyche: If an athlete thinks something will impact their performance in a certain manner, more than likely it will, Seedman points out.

And science agrees. Psychologists at the University of Cologne in France found that athletes who have a lucky charm actually perform better, both physically and mentally, because their belief in their own abilities is boosted. Another study in Journal of Applied Social Psychology found that an athlete’s ritual may indeed be psychological placebo, but their commitment to it is especially important for performance at big events, like the playoffs or race day.

If You’re Going to Do It, Have a Game Plan

Whether it’s your pre-race ritual to de-stress between the sheets, or whether your girl looks like Ciara and you don’t have Wilson’s admirable self-restraint, if you’re going to jump on the bandwagon of pre-competition coitus, you need to recover right.

Immediately after, hit the weights for a hormonal-boosting mini strength session, Seedman advises. Aim for a few light-to-moderate sets of compound explosive movements, like jump squats, speed bench press, speed deadlifts, medicine ball throws, or low-intensity plyometrics. Three to five reps of these movements will help counteract the questionable drop in testosterone and re-energize your nervous system to avoid fatigue, he explains.

Next, re-fuel. If it was a pre-race quickie, you probably only burned max 50 calories, but crazier romp sessions can burn up to 300 calories, which you’ll want to replenish ASAP to be fueled for competition, Seedman says. Stock up on fats for hormonal optimization and protein to minimize any catabolic effect on the muscles, like a protein shake with a handful of almonds.

But whether you’re indulging or abstaining before kickoff, you can take solace in the celebration. “Post-competition is typically the ideal time for sex, as this optimizes the hormonal response of training, enhances immune-system function, as well as helps to promote recovery both physically and mentally,” says Seedman. Cheers to that.