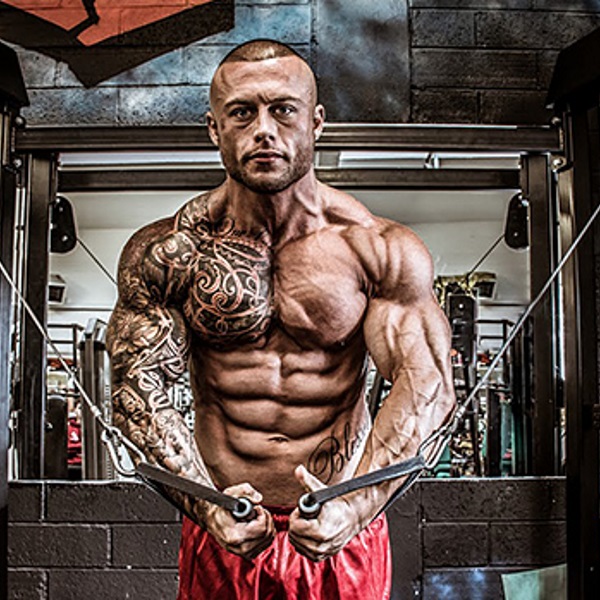 1 – You Diet Like a Monk… or a Monkey
When people start trying to lose fat, they fall into one of two camps:

Monks will see huge changes immediately and think they’re on the right track. In a few weeks though, their energy will bottom out, fat loss will cease, and workouts will suck because they’re as weak as newborn kittens. Then they’ll fret about adding calories back in because the initial changes in their bodies told them that what they were doing was “working.”

What they don’t realize is that they likely lost some muscle and now have a lower basal metabolic rate. On top of that, their bodies will have adapted to a lower energy intake and homeostasis will have set in, which means they may not lose much more body fat even with this lower intake of calories.

It’s a cycle of lowering calories, losing lean muscle mass, and having to lower calories even further in order to get the scale to budge. And as a lighter person, their body will naturally expend less energy than when it was heavier.

The Monkey Camp: These guys and gals say they’re all in, but they aren’t. They’ll half-ass their diets, splurge at the first sign of hunger, complain, and stick to their plans only when it’s convenient.

The monkeys will initially see some scale changes too. Most of the time, people drop some carbs early on, see the scale go down, and think it’s working. But dropping carbs will cause a drop in water and muscle glycogen, and this is what that initial 1-2 pound drop is reflecting.

Nevertheless, they’ll think it’s working, then continue their erratic, half-assed efforts. After a short period, the scale will stop moving because there isn’t a deep enough or consistent enough calorie deficit to spur fat loss. And that’s the point at which the half-asser gets fed up and throws it all away with rationalization and his fourth cheat meal of the week.

The Solution: Protect muscle, establish a baseline, and adjust gradually.

Keep muscle retention as high as possible throughout the fat loss process. The more lean mass you lose due to excessive calorie restriction, the fewer calories your body will burn throughout the day. What causes muscle loss? Undereating, in this case.

To prevent it, find out how many calories you need in a day to maintain your current bodyweight. This isn’t just good for dieters who go overboard, it’s essential for the half-assers too. It’ll keep them from eating too little, then getting too hungry, and throwing away their efforts early on. It will help them ease into a slight, yet consistent caloric deficit.

2 – You Don’t Train Often Enough
Most people tend to work jobs that don’t require a great deal of caloric expenditure. Our parents and grandparents often did labor-intensive work, and this was essentially their exercise. Unless you’re in construction, you probably don’t move as much during the day as you think you do. So training is the other part of finding that energy deficit.

The Solution: Take your training up to 6 or 7 days a week.

If you want to see significant changes in body composition, training 3-4 days a week probably won’t cut it. Just like dieting, where the right way is to lower calories slowly, training should be approached with a similar strategy.

Add an extra day to your training week. It doesn’t have to be an all-out leg day. It can be a “fun day” where you do arms or even hit your favorite body part again. After a few weeks, add another day that isn’t overly taxing and go from there.

Muscle retention is the name of the game, so give your body a reason to hold on to it. You won’t be growing much during this time, because there won’t be a surplus of food – remember, we’re talking about body recomposition, not bulking. Asking your body to work more frequently can be very helpful in regards to keeping lean tissue.

And since you’re going to be in the gym more often anyway, try different exercises to keep the body in a state of trying to adapt to new stimulus. This will give you the best chance of retaining as much lean mass as possible while the fat comes off.

3 – You Don’t Do Any Cardio
Some say you can achieve single digit body fat without cardio. But only a few people can and they’re naturally lean to begin with. For them, a simple drop in calories is enough. But the majority of lifters will have to do some form of cardio in order to build on the energy deficit required for continued fat loss.

The Solution: Do both kinds of cardio, brief/intense and long/steady state.

The debate about steady state versus interval training is pointless. They’re both just tools, they can both work, and applied correctly, can help each other.

Interval training is awesome for fat loss, and you can continue burning fat at a higher rate for hours after the workout is over. Not only that, it takes very little time out of your day in order to get it in. However, that doesn’t mean that steady state has no place in your training.

Doing too much interval work can leave you feeling emptied out and it does have an impact on overall recovery. If you’re trying to get that last bit of fat off and are already at the bottom of the barrel with calories, then you won’t have the energy to do a bunch of sprints. That means long steady-state cardio will be your friend.

Demonizing one form of conditioning is no different than saying low reps are superior to high reps. Both are just tools, and using them appropriately means you’re taking advantage of all the tools in the proverbial tool shed.

4 – You Choose the Wrong Diets
If you have your macros dialed in and you’re in a calorie deficit, that’s really all that matters for fat loss, right? Well, not so fast. One of the most obvious problems you’ll face is hunger. If you’re trying to apply a diet that leaves you ravenous on a consistent basis, then your chances of binge eating increase significantly and you risk self-sabotage.

The Solution: Find a diet you can be consistent with.

Whether you decide to go low carb or low fat doesn’t matter. Both strategies can work for fat loss, as long as you’re in a calorie deficit. But some people can’t go low carb and some people can’t go low fat. The reason has nothing to do with either diet “working.” It’s whether or not YOU can continue with that diet day in and day out. And what makes you able to continue with it? Satiation.

Carbs don’t make you fat. Bodybuilders in the 90’s were probably the most conditioned lifters of all time. And the majority of them had diets where their macros were 60% carbohydrate. Carbs didn’t become the boogieman until later.

Then fats became the be all, end all. You could get on a ketogenic diet and eat all the meat and cheese and bacon your heart desired and get lean and healthy, so long as you didn’t have a slice of bread. But this isn’t true either. Eliminating carbs and eating 10,000 calories in fat and protein is still going to make you fatter.

There’s also the physiological factor of how efficiently each person assimilates various nutrients. Some guys can eat 500 grams of carbs and their nutrient partitioning is so efficient that they store none of it as fat. But the guy with poor nutrient partitioning, poor insulin sensitivity, and high blood glucose levels isn’t going to be able to do that.

All of these things should be taken into account when choosing a fat-loss diet. There’s no point in trying to implement a diet if you can’t be disciplined with it at least 90% of the time.

5 – You’re Impatient!
If you walk 10 miles into the woods, you have to walk 10 miles to get back out. Likewise, if you’ve spent the last 5 years eating like shit then don’t expect to undo the damage overnight… or in 6 weeks.

Most men don’t understand how much fat they actually need to lose in order to get lean. I’m not talking about “apartment complex pool shape” lean, I’m talking head-turning lean on a beach in the Caribbean. That’s one of the biggest misconceptions guys have in regards to body image. They think they’re more jacked than they are. And 20 pounds of fat loss later, they still aren’t that lean. Sometimes 40 pounds later is what it takes.

The Solution: White knuckle it.

There’s no easy solution here, but there is an obvious one. You’re going to have to dig deep and battle hunger, tiredness, lost motivation, and the frustration that comes with undoing all the bad stuff you did to yourself. If it were easy, everyone would be lean. But most people fall short of their goals because it’s exceptionally hard. Try dieting for months on end with little to show for it.

But if you white-knuckle it, then something happens. You find a way to remain consistent in a time where your body is fighting you, and one morning you wake up and there’s progress. But it’s not a linear process. Both muscle building and fat loss start to happen at ever slowing rates as you reach certain milestones.

Sometimes you can do everything right and progress feels like watching grass grow. But that’s what separates the people who get to ride on the float at the front of the parade and the people that get to stand around watching it go by.

To the victor go the spoils. And there can’t be victory without a metric shit ton of hard work, discipline, and consistency.