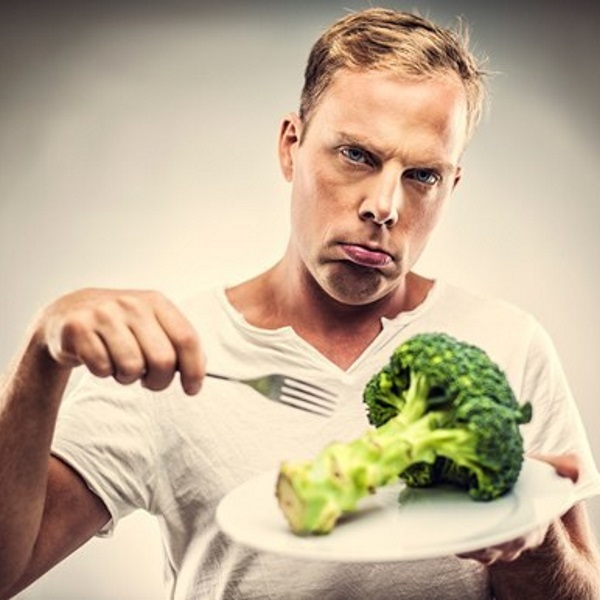 If you have thyroid problems, you’ve probably heard of goitrogens.

You may even have heard that some foods should be avoided because of them.

But are goitrogens really that bad, and should you try to avoid them?

This article takes a detailed look at goitrogens and their health effects.

Goitrogens are compounds that interfere with the normal function of the thyroid gland.

Put simply, they make it more difficult for the thyroid to produce the hormones your body needs for normal metabolic function.

The link between goitrogens and thyroid function was first described in 1928, when scientists observed thyroid gland enlargement in rabbits eating fresh cabbage (1).

This enlargement of the thyroid gland is also known as a goiter, which is where the term goitrogen comes from.

This discovery led to the hypothesis that substances in some vegetables may affect thyroid function when consumed in excess (2).

Since then, several types of goitrogens have been identified, in a variety of foods.

Bottom Line: Goitrogens are substances found in certain foods. When consumed in excess, they can interfere with the function of the thyroid gland.

Types of Goitrogens Found in Foods

There are three main types of goitrogens (3):

Goitrins and thiocyanates are produced when plants are damaged, such as when they’re sliced or chewed.

Flavonoids are naturally present in a wide variety of foods. Some examples include the resveratrol in red wine and the catechins in green tea.

Flavonoids are generally considered to be healthy antioxidants, but some of them can be converted into goitrogenic compounds by our gut bacteria (3, 4).

Bottom Line: Goitrins, thiocyanates and flavonoids are the three most common types of goitrogens. They are found in many common foods.
Goitrogens May Cause Thyroid Problems

For people with thyroid problems, high intake of goitrogens can worsen thyroid function by:

When the thyroid’s function is disrupted, it has trouble producing the hormones that regulate your metabolism.

This can lead to problems controlling body temperature, heart rate, protein production, calcium levels in the blood and how your body uses fats and carbs.

The body can make up for a decrease in thyroid hormone production by simply releasing more TSH, which pushes the thyroid to produce more hormones.

However, a malfunctioning thyroid is not as responsive to TSH. The thyroid compensates by growing more cells, leading to an enlargement known as a goiter.

Goiters can create a feeling of tightness in your throat, coughing, hoarseness and may make breathing and swallowing more challenging (5).

Bottom Line: Goitrogens can reduce the thyroid’s ability to produce the hormones your body needs to function normally. They are more likely to negatively impact people who already have poor thyroid function.

Goitrogens Can Cause Other Health Problems

Goiters aren’t the only health concerns to consider.

A thyroid that can’t produce enough hormones may cause other health issues, including:

Bottom Line: Thyroid hormones help regulate your body’s metabolism. A thyroid unable to produce as many hormones as it should may lead to various health problems.
Which Foods Contain the Most Goitrogens?

How to Minimize the Effects of Goitrogens

If you have an underactive thyroid, or are worried about goitrogens in your diet, there are a few simple ways to reduce the risk of negative effects:

Getting enough iodine and selenium can also help limit the effects of goitrogens. In fact, iodine deficiency is a well-known risk factor for thyroid dysfunction (17).

Two good dietary sources of iodine include seaweed, such as kelp, kombu or nori, and iodized salt. Less than 1/2 a teaspoon of iodized salt actually covers your daily iodine need.

However, consuming too much iodine can also affect your thyroid negatively. Yet this risk is less than 1%, so it should not cause too much concern (18).

Bottom Line: A varied diet, cooking foods, avoiding smoking and getting your fill of iodine and selenium are simple ways to limit the effects of goitrogens.

Should You Worry About Goitrogens?

The general answer is no. Unless your thyroid function is already impaired, you don’t need to limit your intake of foods that contain goitrogens.

What’s more, when these foods are cooked and consumed in moderation, they should be safe for everyone — even those with thyroid problems (17).

Incidentally, most foods that contain goitrogens also happen to be quite nutritious.

Therefore, the small risk from goitrogens is far outweighed by other health benefits.