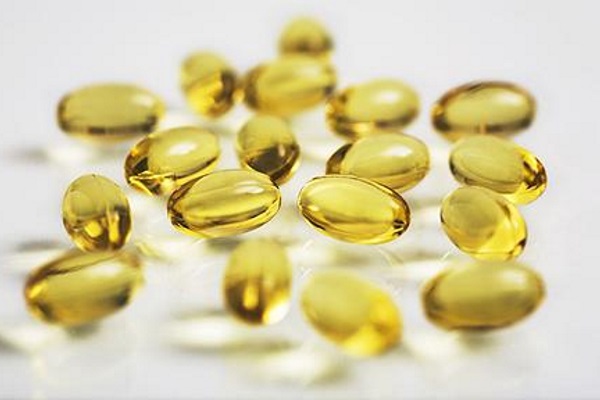 GLA is a fatty acid that has an anti-oestrogenic effect. Supplementation with GLA can reduce the number of estradiol receptors in cells, and in this way increase the anti-oestrogenic effect of tamoxifen. This emerged from an animal study and a human study that researchers at the City Hospital in Nottingham, UK, published fifteen years ago in the International Journal of Cancer.

GLA, estradiol and tamoxifen
If you give lab animals substances that cause breast cancer, then supplementation with the omega-6 fatty acid gamma-linolenic acid reduces the number of tumours that then develop. [Prostaglandins Leukot Essent Fatty Acids. 1995 Aug;53(2):95-101.] That might be because GLA affects the way estradiol works, the researchers reasoned. Many types of breast cancer cells need estradiol to grow.

If this is indeed the case, then supplementation with GLA could reinforce the anti-oestrogenic effect of tamoxifen. The researchers carried out an animal study, in which they implanted estradiol sensitive breast cancer cells in mice, to try and find out whether this is indeed the case. [Int J Cancer. 2001 May 1;92(3):342-7.]

The researchers then watched how fast the tumours grew in the mice. When the tumours had become larger than 250 mm they put the mice to sleep. The figure below shows that GLA supplementation on its own inhibited tumour growth, but did not do so as effectively as tamoxifen. The combination of GLA and tamoxifen, on the other hand, worked no better than tamoxifen alone.

The figure below shows that the researchers found fewer estradiol receptors in the tumours from the rats that had been given GLA. This was also the case for the rats that had been given tamoxifen, although the tamoxifen worked better than GLA. However, the combination of GLA and tamoxifen resulted in an even bigger reduction in the number of estradiol receptors.

Mechanism
“This finding adds to the evidence for an interaction between the GLA molecule and the estradiol receptor such to alter the structure and/or expression of the latter”, the researchers speculated. “Previous kinetic studies have suggested that essential fatty acids bind to a separate entity on the hormone receptor rather than to the hormone binding site, thus inhibiting subsequent ligand binding via induction of a conformational change in the receptor molecule.” [Biochem J. 1987 Apr 15;243(2):359-64.]

“Vallette and colleagues have demonstrated irreversible covalent binding of oestradiol to components of the estradiol receptor protein in the presence of essential fatty acids. [J Biol Chem. 1988 Mar 15;263(8):3639-45.] It is possible that in the presence of GLA a similar covalent bond is formed between tamoxifen and the estradiol receptor with resultant attenuation of receptor activity. Further research is required to confirm this hypothesis.”

Human study
Animal studies are good, but human studies are even better. Not everything that works in mice and rats has the same effect in humans. So the researchers did a human study as well, in which women with breast cancer were the subjects. [Int J Cancer 2000 Mar 1;85(5):643-8.] The women were all over seventy.

Conclusion
The researchers are optimistic about their findings, but added a note of caution in the last paragraph of their publication. “It must be emphasised, however, that they are the early findings of a small pilot series that require confirmation with a larger number of cases in the context of a randomised controlled trial”, they wrote.

“The modulatory effects of GLA on estradiol receptor function and the possibility of an additive or synergistic action of GLA with tamoxifen via enhanced down-regulation of ER-stimulated growth require further investigation.”