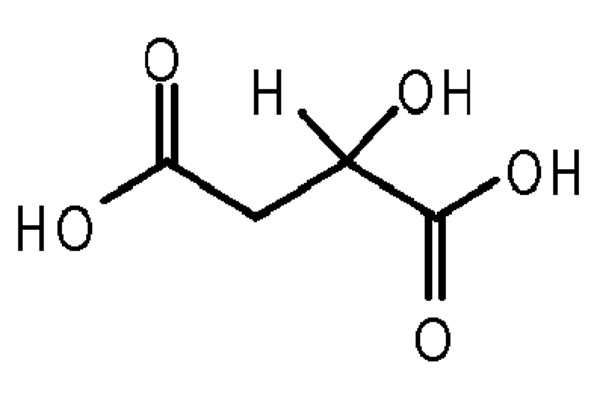 L-Malate is the compound that makes unripe fruit taste sour. Supplements manufacturers add it so often to amino acids – in the hope that they will make a synergetic combination that will boost athletic performance – that you’d be forgiven for forgetting that L-malate is also an interesting substance itself. A 2007 animal study that Chinese researchers published in Physiological Research shows why.

We are no better than the average magazine article writer, so we’ve taken the easy way out, and refer the reader to the figure below. This shows the citric acid cycle, with L-malate on the left. L-Malate converts into oxaloacetate, releasing the co-enzyme NADH too. NADH is involved in the production of the ATP energy molecule in cells.

Study
The Chinese wanted to know what happens if you give mice extra L-malate. Would this improve their endurance capacity? To find out, they gave mice a daily dose of L-malate for 30 days in a row. The researchers pumped the compound directly into the stomach of the lab animals. Then they measured how long the animals could keep swimming with a weight tied to their tail. And lo and behold:

Results
A dose of 0.210 g/kg bodyweight increased the swimming time of the animals by 26.1 percent. A dose three times as high increased the time by 28.51 percent.

The researchers found less creatine kinase in the mice’s blood after the exertion test. That points to less muscle damage. The researchers suspect that L-malate has an anticatabolic effect in muscle cells. Despite this, they didn’t find less broken down proteins [BUN] in the blood.

The researchers think that the extra malate in the mitochondria boosts the Krebs cycle. To be more exact: the part of the Krebs cycle that converts glucose into ATP.

Conclusion
The human equivalent of the dose tested approximately 2 grams of L-malate. A glass of apple juice contains as much as a gram of L-malate. So could endurance athletes improve their performance with ordinary apple juice rather than with pricy sports drinks? You’d probably never manage to get the research done financially – but you never know…