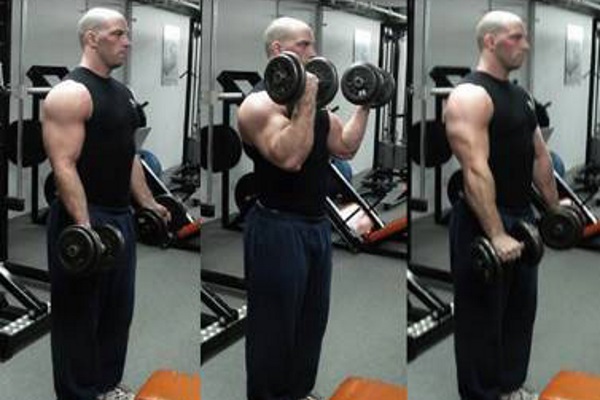 Could this be the ultimate curl?

With so many muscle groups and so little time it’s easy to forget about building up one body part or another. For the most part bodybuilders are going to focus on the more popular muscle groups like the pecs, the lats, the biceps and quads. It’s only natural as split training will usually emphasize one of these body parts. But thing about building a total package is that you have to focus on the most minute details in order to bring about a truly shredded package.

One body part that many bodybuilders don’t necessarily ignore but have trouble building up are the forearms. To have some truly well built arms you have to be sure that every inch is pumped up. Having strong forearms will go a long way in bringing together a bodybuilders arm aesthetics. There aren’t a huge collection of movements that can be done in order to build up the forearms, but the ones that do exist do a great job in attacking the muscle.

One such exercise is undoubtedly the Zottman curl. A staple of the old school era of bodybuilding, the curls are named after renowned strongman George Zottman. Zottman was known for his feats of strength as well as his broad shoulders and powerful forearms. In becoming the United States’ strongest man in the 1890’s he gained great popularity which naturally led to questions of how he was able to build not only his strength but his physique as well.

Zottman’s proficiency with weight lifting, particularly the one arm bent press, is what gave the strongman such impressive forearms. The Zottman curl was named after the legend because of it’s ability to build forearms as big and powerful as the strongman’s own. So how exactly do you perform it? Well it’s starts off by curling a dumbbell in the regular fashion with a supinated grip. At the top of the curl, you rotate that the dumbbells 180 degrees and bring them down in a controlled fashion.

Still not sure how that should look? Then check out the video below to get a good idea on how to perform the movement.

Is the Zottman curl in your arsenal? Let us know in the comments and forums