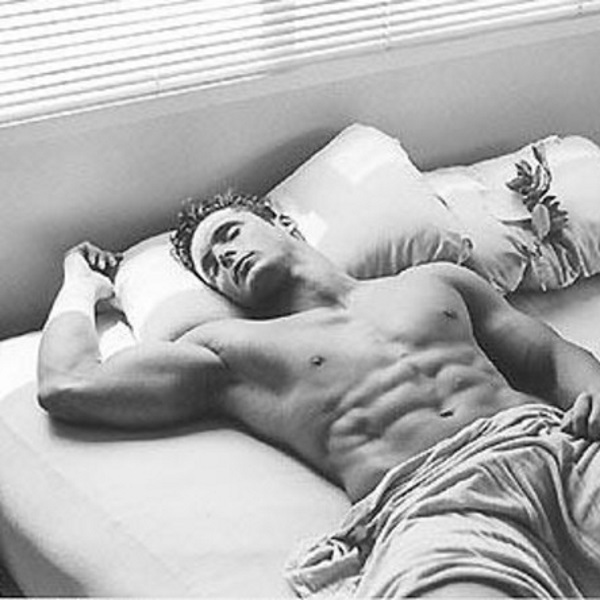 Don’t sleep on eating before bed.

Recently we put out an article telling you 5 things not to eat before bed, but we never said to go to bed hungry. In an area where everyone is working hard in the gym, how does a competitor get a leg up? In the rest phase. Perhaps the most overlooked phase of bodybuilding, the rest phase can also be the most active. With gains actually coming during the recovery, scientist have actually found a way to rebuild even better.

Common knowledge tells you eating before bed is a no-no, but in actuality it could be one of the best things you can do for strength and muscle mass. A study that appeared in Medicine and Science in Sports and Exercise discovered that downing 40 grams of casein three and a half hours after working out, but also 30 minutes before bed, boosted muscle-protein synthesis while sleeping. In 2015 a study from Maastricht University showed that when participants consumed 28 grams of protein plus 15 grams of carbs every night before going to sleep, they were reported stronger and documented to have more muscle mass after twelve weeks than those taking the placebo. Another study in 2014 by the British Journal of Nutrition found that eating 30 grams of whey or casein protein 30 minutes before bed can increase the amount of calories required by your body while non-active.

French researchers recently discovered that casein supplies a much steadier stream of amino acids to the body–much like a complex carbohydrate, which breaks down slowly in the body. Whey, on the other hand, is absorbed more quickly and provides a more immediate supply of amino acids to the body, like a simple carbohydrate). So it would make sense that the combination of whey and casein protein would supply the optimum amount amino acids for long and short term muscle growth.

As far as carbohydrates, your body converts carbohydrates that are stored in your muscles and liver into ATP molecules to use them as energy. Not eating enough or the right type of carbohydrates means your workouts may potentially suffer because you will have less energy to train at a higher intensity.

For those of you who still don’t get it, we’ll spell it out for you. Eat protein and healthy carbs 30 minutes before bed! Snacks like yogurt with fruit or almond butter on whole wheat sprouted breads can give your muscles the extra nutrients they need.