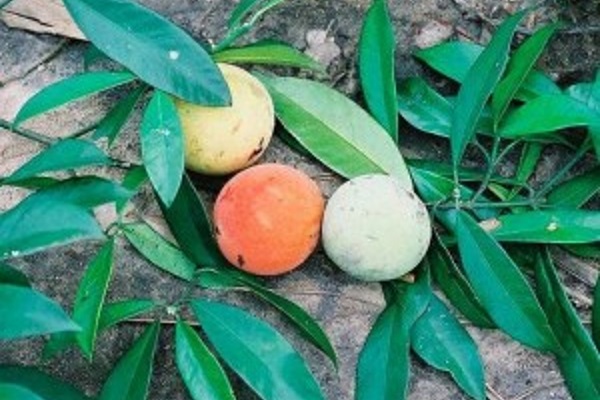 I have to admit, it has been a while since I’ve written about “natural testosterone boosters”. In the last article that was remotely related to this topic, I even wrote that they are useless for 90% of the male population, because even if they boost your testosterone levels by 10-20% this is very unlikely to have the muscle building and fat burning effects that are marketed on the packages of and in the ads for respective products. Why? Well, even with real gear it takes more than just a 10% boost within the normal range before you see results (learn more | specifically Figure 2 where green is the large “normal” range).

So why do I even bother about yet another rodent study dealing with the ability of a more or less exotic flowering plant found in Benin, Cameroon, Democratic Republic of the Congo, Ivory Coast, Gabon, Ghana, Liberia, Nigeria, Senegal and Sierra Leone and its ability to boost testosterone levels?

Well, considering the fact that erectile dysfunction is a widespread disorder affecting approximately 52% of men between the ages of 40–70 years (Vitezic. 2002), some of you may actually benefit from a natural testosterone booster, specifically if the latter affects not just the mere level of testosterone, but also your libido, sperm count and erectile function. And that’s three things Garcinia Cola can do.

Well, at least what scientists from the Walter Sisulu Universitty found when they used administered a Garcinia Cola (bitter cola) extract produced by extracting G. cola seeds using 70% ethanol as solvent at dosages of 200 and 400 mg/kg, i.e. 32mg/kg or 64mg/kg for human beings, based on evidence from a previous study, which demonstrated sexual behaviour improving capacity after 28 days of treatment (Ralebona. 2012). To make sure that we couldn’t get away with much less the scientists added a third, lower dose of 100 mg/kg (16mg/kg for humans | learn how this is calculated).

The extract was administered for 56 days in total with intermittent “mounting tests” to assess the effects on the rodents sexual performance after 25 and 50 days and a detailed assessment of organ weights, sperm count, reproductive hormone levels and testicular histology when the study and *sigh* the poor rats were “terminated.” 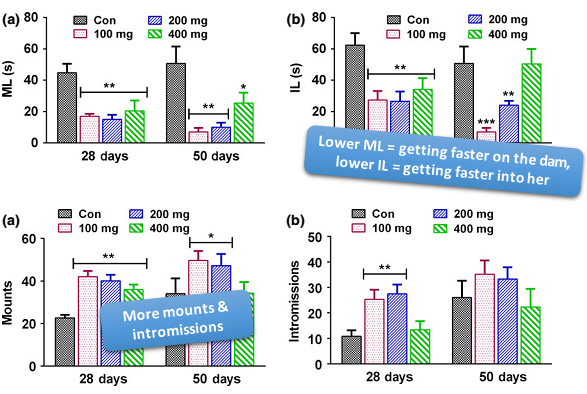 That was particularly unlucky for the rodents in the control group that had significantly “less fun” on the two test days. Most intriguingly, the best sexual performance as measured by the lowest time to hop onto and into the dame and the highest number of mounts and frequencies was actually observed with the lowest dosage of Garcinia Cola, i.e. 100mg/kg or 16mg/kg for a human being).

Don’t consider the dosing recommendations definitive! Even if Garcinia Cola seeds have – as traditional medicine suggests – the same effects in man, the 16mg/kg recommendation you could derive from the study at hand is nothing but a rough estimate. Without a human study to confirm that (a) Garcina Cola works and that (b) 16mg/kg is the best dosage, I wouldn’t bother trying to source it over the internet.

The increase in sexual performance went hand in hand with increases in testes weigh at constant prostate and epididymis and seminal vesicle weights (good news), and ~50% increases in sperm count at non-significantly improved sperm motility and viability rates (see Table 1).

All these beneficial changes, as well as the significant increase in serum testosterone (see Figure 3), at identical LH and FSH levels and the absence of body, heart, liver, kidney and spleen levels gains or pathological changes to any of these organs or the testes, clearly suggest that Garcinia Cola seed extracts derive their potent aphrodisiac activity mostly from improvements in testicular function. 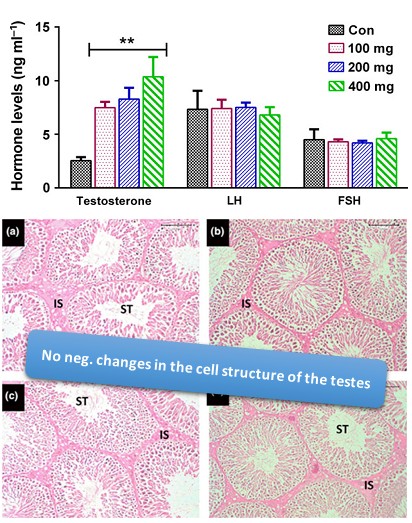 Bottom line: Ok, it’s not a potent muscle builder, but maybe it’s a really good natural aphrodisiac and that’s not bad, either – isn’t it?

On the other hand, a testosterone boost of >100% that does not trigger any changes in body weight is something to keep in mind when you read about 20% increased testosterone levels next to the promise of “rapid” or “steroid-like” muscle gains on the packaging or in ads for natural testosterone boosters. That’s something that is simply not going to happen.