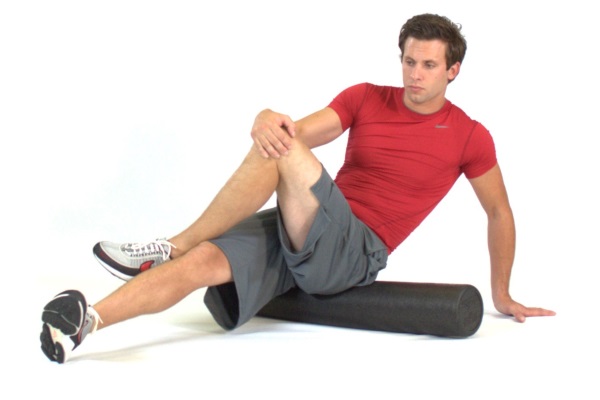 Foam rollers might not be all they’re cracked up to be. You can find them in almost every gym, and you don’t have to look far to find people rolling out.

Although foam rolling has many benefits, it’s not the only way to help your muscles recover and improve mobility. STACK spoke with Dr. John Rusin, a strength and conditioning coach specializing in sports performance physical therapy and rehabilitation, to learn more about self-myofascial release and how athletes can use it to recover better.

What is Self-Myofascial Release?
Self-myofascial release—often referred to as SMR—is a method used to alleviate tension in muscles, improve blood flow and accelerate the recovery process. It is accomplished by applying pressure to the muscles by rolling or kneading, similar to a massage. The difference is, you do it on your own.

“After you train, you’re going to have some inflammation and local blood flow in the areas you concentrated on,” declares Dr. Rusin. “SMR allows you to care for those tissues and expedite the healing process.”

Initially, it was thought that SMR broke down adhesions (a.k.a. “knots’) and actually changed the structure of the muscle tissue. According to Rusin, this isn’t necessarily the case. “Some preach the ability to mechanically break up scar tissue and adhesions in soft tissue, actually remodeling the tissue,” he says. “Research is showing that there’s very little mechanical breakdown of these tissues—maybe only 5 percent.” (Rusin was able to cause a high degree of muscle tissue breakdown in a cadaver, but the amount of force he had to apply would be impossible in live, practical situations.)

Instead, the primary benefit of SMR is to reduce the neurological activity, or tone, of the muscle. “It is releasing that neurological tension by reducing the tone of the tissues and fascial layers,” Rusin says.

Self-Myofascial Release Mistakes
Although SMR appears extremely easy to do, there are a few mistakes athletes commonly make that prevent them from getting the most out of the process.

Mistake 1: Foam Rolling Before a Workout
Foam rolling is often integrated into dynamic warm-ups. Instead of prepping your body for intense workouts, rolling beforehand actually shifts your body toward rest and recovery. “It’s setting up your neurological system for a decrease in performance,” explains Rusin. “We want to do the exact opposite when we are about to go into the Squat rack.”

The Fix: Rusin advises foam rolling directly after a training session, during the cooldown phase. However, there are some special considerations:

If you have tightness in your upper back (i.e., your t-spine), Rusin advises foam rolling that area before you start your workout. A tight and immobile t-spine can impair your exercise technique, causing other areas of your body to compensate and risking an injury.

Mistake 2: Foam Rolling Your Entire Body
A typical foam rolling routine focuses on the calves, quads, hamstrings, IT band, glutes, t-spine, and maybe the chest and lats. It may be commendable to want to roll out your entire body, but doing so doesn’t allow you to focus long enough on the areas you want and need to target. Rusin says, “So many people fall down the rabbit hole of foam rolling their whole body in 10 minutes, and they get absolutely nothing out of it. I see that as the biggest waste of time in the fitness industry.”

The Fix: Use SMR on the muscles you hit hardest during your workout. “If you did the Bench Press, then you’ll want to tend to your pecs. If you deadlifted, then work on your back,” Rusin says. This allows you to increase local blood flow and reduce the neurological activation of the muscle, speeding up the recovery process.

The Fix: Rusin thinks it’s OK to use a foam roller for big muscle groups. But for hard-to-get areas, he says, “The most acute tools you have at your disposal at all times are your hands and fingertips, so that’s one of the best things you can you use to manipulate your own soft tissue, especially right after a workout.”

Below are some tips from Dr. Rusin on effective SMR techniques:

In the videos below, Rusin provides instruction on SMR techniques.