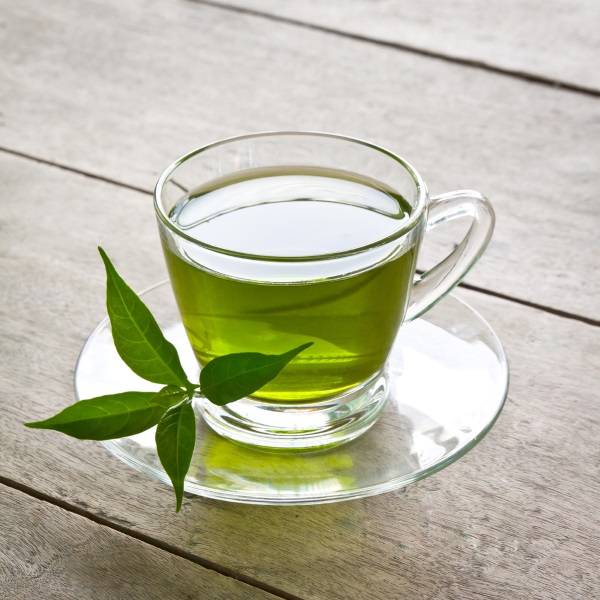 Short and intensive training can stimulate fat loss too, partly because the body burns more calories after highly intensive exertion. It’s called the EPOC effect. Sports scientists at California State Polytechnic University will soon publish the results of a human study which shows that a supplement containing caffeine and a green-tea extract boosted post-workout calorie burning.

Study
The researchers did an experiment with 12 fit subjects, all of whom did 3-5 hours training in the gym or on the sports field. The subjects paid two visits to the researchers’ laboratory where they had to do interval training on an ergometer (the kind of stationary bike you get at a fitness centre to boost your condition) for just under 30 minutes.

The interval training consisted of a 5-minute warm up, and then a 30-second sprint followed by 5 minutes of gentle cycling to recover. The subjects repeated this cycle of a short high-intensity burst and a longer low-intensity exertion three times.

On one occasion the subjects were given a placebo 45 minutes before they got on the ergometer. On the other occasion they were given a supplement containing 250 mg caffeine and 400 mg green-tea extract. The extract consisted for 50 percent of EGCG. It contained only 5 mg caffeine.

The subjects did the interval training early in the morning before they had eaten. That’s important information. After you’ve eaten, and certainly if you’ve had a high-protein meal, the enzymes in your body neutralise nearly all the polyphenols in green tea before they can be effective. If the subjects had already had breakfast the effect of the green tea in the supplement would have been considerably less.

Results
In the period of 45 minutes before the subjects started the interval training the supplement [EXP] boosted calorie burning by 8 percent and fat burning by 11 percent, as the figure below shows.

In the 45 minutes after the interval training the supplement boosted both calorie expenditure and fat burning by 10 percent, as the figure above shows.

The supplement had no effect on heart rate or blood pressure. That’s mainly because the researchers used subjects who were used to caffeine: they consumed at least 200 mg caffeine daily.

Conclusion
“These results corroborate the use of dietary caffeine and polyphenols to support efforts to reduce adiposity and improve overall body composition especially in conjunction with sprint interval exercise”, the researchers conclude.