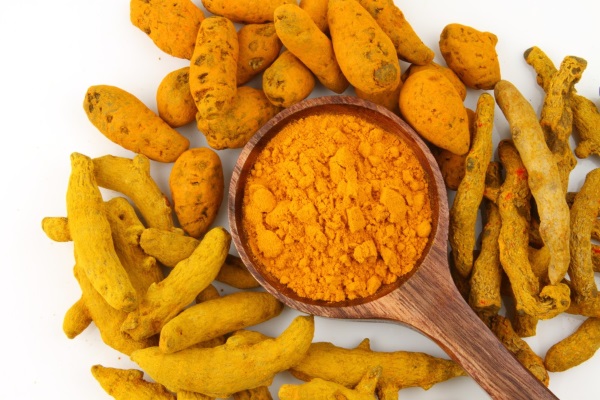 Curcumin, the yellow colour in the spice turmeric, has a muscle strengthening effect, and this is most pronounced in muscles that are recovering. According to an animal study done at Emory University in 1999, curcumin can speed up muscle recovery by at least a factor five.

Curcumin
The protective effect of curcumin on muscles is not just a story dreamt up by a manufacturer of curcumin preparations. Yes, there is a sponsored study in which athletes recovered faster after training by taking a supplement containing curcumin. But US army researchers also stumbled across the muscle-recovery effects of curcumin. And a recent French study has confirmed the American findings.

Study
In 1999 pharmacologists at Emory University published the results of a dramatic experiment in AJP – Cell Physiology, which is perhaps even more convincing than the more sophisticated experiments published later. In that study the researchers inflicted damage on the jaw and calf muscle tibialis of mice by exposing them to extreme cold. They immediately started giving the mice curcumin. They injected 0.15-0.2 ml fluid directly into the mice’s small intestine every day. The fluid contained a curcumin solution. A control group was injected with fluid containing no active ingredients after the muscle damage had been inflicted.

The researchers measured the recovery of the damaged tissues by examining the concentration of embryonic myosin heavy chain [EMHC], a marker for muscle recovery. The graph below shows the increase of EMHC for the two groups.

Results
The photos below show the damaged jaw muscle tissue after 10 days. The upper photo shows tissue from a mouse that had been given 20 microgram curcumin/kg bodyweight; the lower photo is of tissue from a mouse in the control group. The bar indicates a length of 100 micrometre.

Mice treated with the optimal dose [20 microgram/kg/day] showed muscle recovery after 4 days that untreated mice only obtained after 20 days. So curcumin speeded up the muscle recovery by a factor five.

Conclusion
“Curcumin is the first example of a pharmacological agent with a potent effect on stimulating muscle regeneration after trauma”, the researchers conclude. “Enhanced repair of muscle would be beneficial not only in muscle trauma but also in reconstructive surgery and sports-related injuries.”