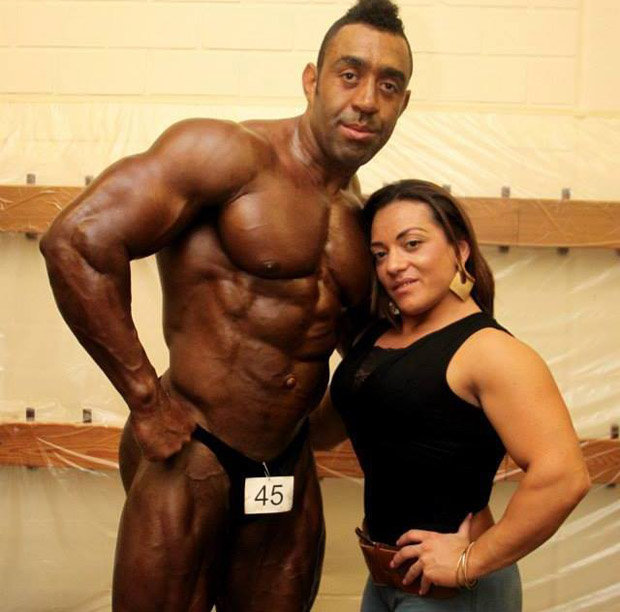 The couple begin their gruelling workout session at 4am every morning to get through their tough cardio and strength training before they start work.

To fuel their intensive regime, the couple from Peterborough need to eat six protein-enriched meals every day with a combined calorie intake of 8000.

The personal trainers, dubbed the real-life Incredibles, are now preparing to compete in the Mr and Ms Universe competitions later in the year.

Rob has been crowned British bodybuilding champion five times and has revealed that Wanda is the strongest woman he’s ever met.

He said: “Wanda has always been incredibly supportive of my profession and she cooks all my food – which is a lot.

“She started coming to the gym with me 11 years ago and she’s a great training partner and motivator.

“She works just (if not) as hard as me and keeps up with everything scheduled for the workout, it’s amazing’.

“There’s obviously a difference in weights but she is very determined and she pushes me hard.

“The best shape I have ever got to is through training with her.

“It is a bit different now that she is also competing because you have to be selfish when you are preparing to go in front of the judges.

“I am very proud of her. She is one of the strongest women I have ever met and she puts a lot of men to shame.” 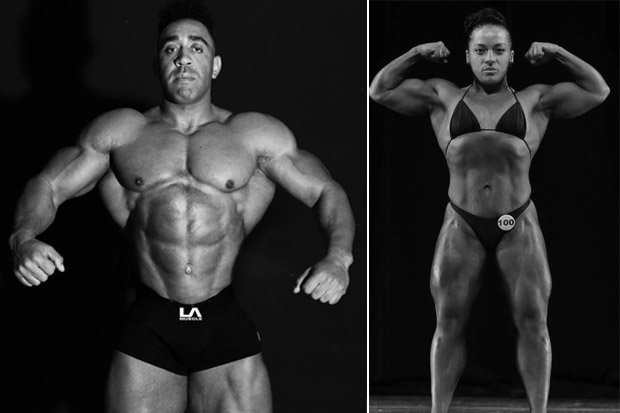 Rob and Wanda met at school in Portugal and began training together in 2000 before they moved to England in 2004 and set up home with their son, Gui, 14.

Since he began competing in 2004, five-time British champion Rob has achieved success in over 34 international bodybuilding competitions all around the world.

He took second in the NABBA Mr England in 2008 and 2009, was crowned Mr Britain in 2010 and won the Dexter Classic super heavies the same year.

Wanda is also competing in the Ms Universe contest in Hamburg, Germany, in November this year and the couple hope to bring home the two crowns to Britain.

She said: “My role at competitions was to think totally about Rob, so I have had to learn to concentrate on myself.

“It is great training together because we know exactly what the other needs and what they can do.

“Our lifestyle isn’t a problem for us because we both do the same things.

“Working up to a contest I follow a similar diet and exercise routine as Rob – but with lighter weights and less calories.

“I love muscular bodies, I feel very good when I train. I was able to train for the first three months of my pregnancy and I was back in the gym one month after the birth.

“The competing is just a bonus and an opportunity to show the public what you have achieved. Bodybuilding is a passion.”

Rob, who stands 5ft 11ins tall and weighs 19at, uses an incredible 140 kilos for his average chest press exercise of 15 reps.

Pint-size Wanda, who is 5 ft tall and weighs 11st, specialised in quadriceps exercises and can rep over 60kg with each leg.

A typical day for the couple involves 45 minutes of power walking at 4am before an hour-and-a-half weight session at lunchtime followed by another in the evening and topped off with 45 minutes of cardio at 9pm.

Off season Rob will eat six protein-heavy meals, with up to 12 eggs and 1kg of white meat or fish a day to bulk up.

He also supplements with LA Muscle products where he takes LA Whey Gold Protein and Nuclear Creatine to help pack on the size.

He consumers over three shakes a day and two servings of Creatine for the energy and stamina to get through his mammoth days.

He said: “I was a skinny kid and it took 14 years to build myself up.

“I didn’t miss a single weights session or a meal.

“Off season it is all about picking up as much muscle as possible and I will eat a massive amount of food and decrease cardio.

“Before a show my exercise regime increases, working a different muscle every day.

“I will follow a strict diet and tend to eat less meat and more fish, which I find gives my muscle better definition and weighs less in your stomach.

“It’s about discipline, you can train and train but if you drink or eat badly this quality and size of muscle is not possible.”

POWERFUL: Wanda specialises in quadriceps exercises and can rep over 60kg with each leg [PH ]

6am: 150g oat porridge with banana and a serving of LA Whey Gold Protein

12pm: 500g turkey or chicken with rice and plenty of vegetables washed down with Nuclear Creatine

4pm: 300g steak with wholemeal pasta and veg washed down with Nuclear Creatine

9pm: Six egg whites or smoked salmon with salad 150 kcal 11:30pm: A serving of LA Whey protein with a tablespoon of Peanut Butter

6am: 150g oatmeal porridge and a serving of LA Whey protein

9am: Four eggs scrambled and a low fat yogurt

You can see how he trains and his shows on this very link: theactivechannel.com