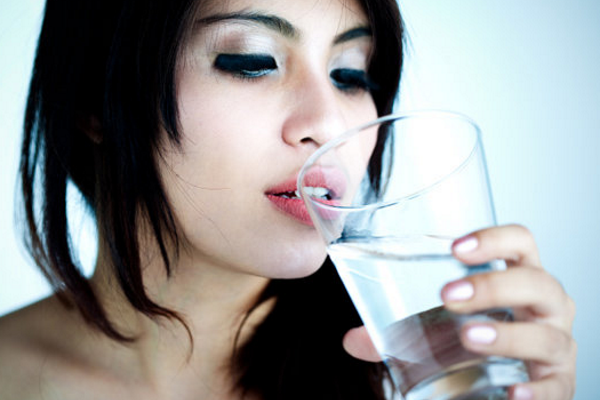 Could this large glass of water really be the “diet game changer” some mainstream media make it look like? Or, are we – once again – dealing with the abuse of science to attract readers by propagating dubious dieting myths?

The advice to “drink a glass of water before every meal” is about as old as human efforts to lose weight. Yet despite the fact that an increase in daily water consumption is widely advocated as a useful tool to aid weight loss and even included in popular weight loss programs like Weight Watchers, there is, according to the latest systematic review of the association between water consumption and body weight, little evidence to support this practice outside of energetically restricted interventions (Muckelbauer. 2013).

In other words: While we do have evidence that replacing caloric beverages with water/diet beverages works (Tate. 2012), we have little evidence that simply drinking more will accelerate weight loss and almost no evidence of the potential benefits water preloading before meals, in particular.

Quite surprising, isn’t it. I mean, it should be obvious that drinking a glass or two of water before a meal would be a highly promising strategy to reduce meal energy intake by modifying an individuals’ perception of fullness prior to eating by, as Parretti et al. (2015) put it, “consuming a ‘preload’ of water”. Nevertheless, Daniels’ 2010 systematic review identified only two small laboratory studies that specifically investigated whether water preloading reduced energy intake. As Parretti et al. point out in the introduction to their own study,

“[b]oth studies compared participants given a water preload of 500 ml for 30 min before an ad libitum meal with those not given a preload and found that energy intake at the meal was lower for the preload group compared with the no-preload group” (Parretti. 2015).

Thus, evidence to suggest that water preloading may improve the effectiveness of weight loss programs is there. Experimental evidence to confirm that is yet ultra-scarce. In fact, the only RCT (Dennis. 2015) to directly examine the effects of water preloading before meals on weight loss was published five years ago. In said study, 48 adults with overweight or obesity were allocated to a hypocaloric diet plus 500 ml of water before meals every day (water preload group) or a hypocaloric diet alone intervention (nonwater group) over 12 weeks. 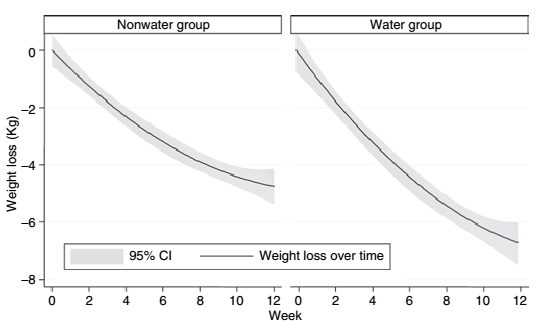 Figure 1: Dennis et al. were the first to show that drinking 500 ml of water before meals everyday can boost the weight loss success of overweight and obese individuals participating a 12-week diet intervention (Dennis. 2010).

As you can see in Figure 1, the subjects in the water group lost ~2kg more weight than their peers and showed a 44% greater decline in weight over the 12 weeks than the nonwater group. That’s interesting because the energy intake during test meals was suppressed by the additional water load only at baseline, yet not after 12 weeks on the preloading protocol (see Figure 2). 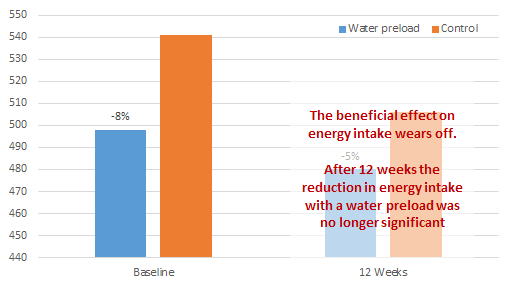 Figure 1: In a previous study the beneficial effect of the water preload on food energy intake wore off. The subjects in Dennis’ study still lost more weight with the preload, but with respect to the long-term efficacy of drinking 500ml of water before every main meal this is an important result we should not forget (Dennis. 2010).

One of the things we will have to look for when analyzing Paretti’s more recent study is thus whether she made sure to check if the appetite reducing effects persist. After all, their study was very similar to the one by Dennis, with an important difference in the study population which was not predominantly middle aged or older white men and women in Paretti’s study. Otherwise there are only very few surprises with regard to the study design. Here’s what we’re talking about:

In that, the “(*)” denotes something you might consider weird… and what should I say? It is weird to imagine that your stomach is full before a meal, but that’s Parretti’s way of turning a regular RCT into an attention controlled RCT, where the dummy procedure disguised the true intent of the study and provided a nonspecific intervention that in some ways matched preloading.

It is thus not really surprising that the subjects in the control group (C) hardly managed to follow the scientists advise once a week, while the majority of the subjects in the intervention group (I) consumed their water preload on at least two of three meals per day. The data in Table 1 does yet still leave no doubt that the adherence declined significantly over the 12-week period. Whether the Parretti study is able to answer the previously raised question, if the chronic use of water preloads may reduce their efficacy, is thus highly questionable. I mean, after 12 weeks, almost half of the subjects didn’t use the preload anymore.

Against that background, I would not interpret the stable satiety and fullness levels from week 2-9 as evidence that there is no such habituation effect. And in view of the lack of data on the actual food intake, the satiety and fullness data is pretty much irrelevant, anyways (just as there’s a disconnect between mTOR and actual muscle gains, there are also disconnects between appetite, fullness and food / energy intake – if you don’t measure the relevant outcome you’re groping in the dark). 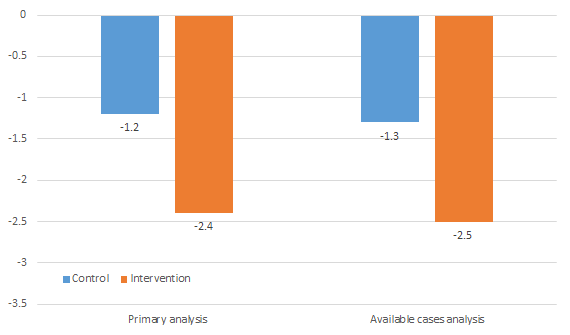 What is relevant and hard to reject, though ,is the fact that the water preloading group lost 1.3 kg more than the subjects in the control group (see Figure 2) – with a statistically significant difference of 1.2 kg still remaining when the data was adjusted for ethnicity, deprivation, age, and gender, the lack of which had been an issue in the previously referenced study by Dennis et al. (2010).

The reason I am still not thrilled is simple: Parretti’s study was celebrated in the laypress as the breakthrough research that demonstrates that you can easily lose weight by simply drinking 500ml of water before each and every of your meals. Unfortunately, this is not just a broad overgeneralization of the results it is simply a completely false interpretation of the study. What Parretti’s study does suggest (not prove) is that drinking 500ml will accelerate the weight loss on energy reduced diet.

Trigger vs. support – That’s an important difference! The most significant result of the initially referenced meta-analysis by Muckelbauer et al. was after all the disparity between studies of individuals dieting for weight loss and those who were on ad libitum diets. A disparity which suggest a weight-reducing effect of increased water consumption occurs only if you are on an energetically reduced diet (just like the subjects in the study at hand). In studies in general mixed-weight populations like you and me, however, such an effect has – as of yet – not been observed. It is thus more than questionable, whether pre-diluting each and every of your meals with 500ml water is going to help you stay lean. What it may do – and that’s in fact something the Peretti study suggests – is to help you stick to a calorically restricted diet and thus lose weight faster and more effectively