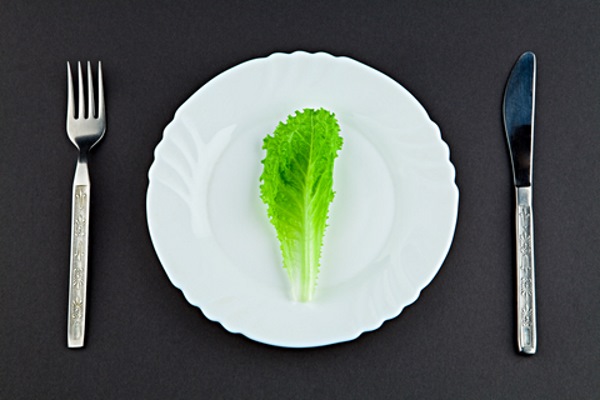 Calorie restriction has long been studied as a way to extend lifespan in animals. It has been associated with the ability to reduce the risks of cardiovascular and other diseases and to improve overall health. Now, researchers at Chang Gung University in Taiwan have found that calorie restriction can also be beneficial to muscles, improving muscle metabolism and mass at an important time — during middle age. The article “Late-onset Caloric Restriction Alters Skeletal Muscle Metabolism by Modulating Pyruvate Metabolism” is published ahead of print in the American Journal of Physiology-Endocrinology and Metabolism.

“To date, caloric restriction (CR) is the only non-pharmaceutical and non-genetic strategy that increases the lifespan of animals and provides health benefits,” the research team wrote. “Regarding skeletal muscle, an organ that is critical for movement and fuel metabolism, studies have reported that CR attenuates age-related muscle loss.”

Calorie restriction is thought to have a protective effect on muscle cells and may help cells better use antioxidants, avoid damage caused by free radicals and function better. While studies that observed the effects of lifelong calorie restriction have shown mixed results in animals of different ages, recent studies have suggested that age may play a role in how CR affects individual animals. The research team hypothesized that because CR can help reprogram metabolism, the most benefit can be reaped from aging muscles in which cellular metabolism is impaired.

Researchers focused on two pathways that produce energy in muscles, glycolysis (sugar metabolism) and mitochondrial oxidative phosphorylation (OXPHOS) in both young and middle-aged rats that were fed a normal diet or a calorie-restricted diet. In the 14-week study, rats on the calorie-restricted diet received 10 percent calorie restriction in the first week, 25 percent restriction in the second and 40 percent restriction for the remaining 12 weeks. The control rats received no calorie restriction. After 14 weeks, the researchers studied changes in the rats’ muscles.

“We investigated whether CR reprogrammed muscle metabolism and whether this improvement was associated with the observed increase in muscle mass. In addition, we examined whether the CR-induced changes were age-dependent,” the researchers wrote.

Not surprisingly, the middle-aged rats had less muscle mass than the young rats did. However, while 14 weeks of calorie restriction did not significantly affect the middle-aged rats, it reduced muscle mass in the young rats. Calorie restriction slowed the glycolytic rate in the muscles and increased the cells’ dependency for OXPHOS versus glycolysis in older rats, which was linked to improvement of normalized muscle mass. The team also found that “14 weeks of CR reprogrammed cellular metabolism, where the relative contribution of OXPHOS and glycolysis in muscles of middle-aged rats with CR was similar to that in muscles of young rats.”

The above story is based on materials provided by American Physiological Society (APS). Note: Materials may be edited for content and length.