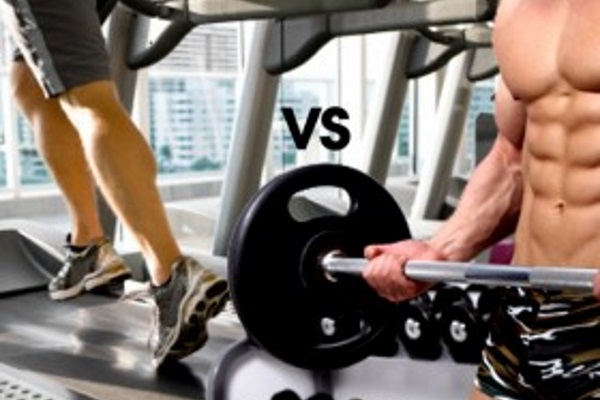 Resistance and endurance exercises affect the body very differently. These differences suggest that adapting to exercise involves many processes, but scientists have observed that one gene in particular, peroxisome proliferator-activated receptor-gamma coactivator PGC-1α, controls many of them. New research in Physiological Reports shows that although both resistance and endurance exercises activate the PGC-1α gene, the adaptation processes stimulated are not the same and depend on the type of exercise.

Proteins run the body: They turn processes on or off or speed them up or slow them down. The body has many different proteins, and the instructions to make them are written on sections of DNA, referred to as genes. Different genes code for different proteins, but different proteins can also come from the same gene. Called isoforms, these proteins are produced when only part of the gene’s code is read.

The PGC-1α protein turns on other genes. Several studies have shown that isoforms of PGC-1α exist and that the isoform produced depends on the exercise. In this new study, researchers at the University of Jyväskylä in Finland comprehensively examined the isoforms present shortly after exercising and the genes those isoforms turned on.

“Our results support that gene expression responses of PGC-1α isoforms may have an important role in exercise-induced muscle adaptations,” the researchers stated.

The above post is reprinted from materials provided by American Physiological Society (APS). Note: Materials may be edited for content and length.