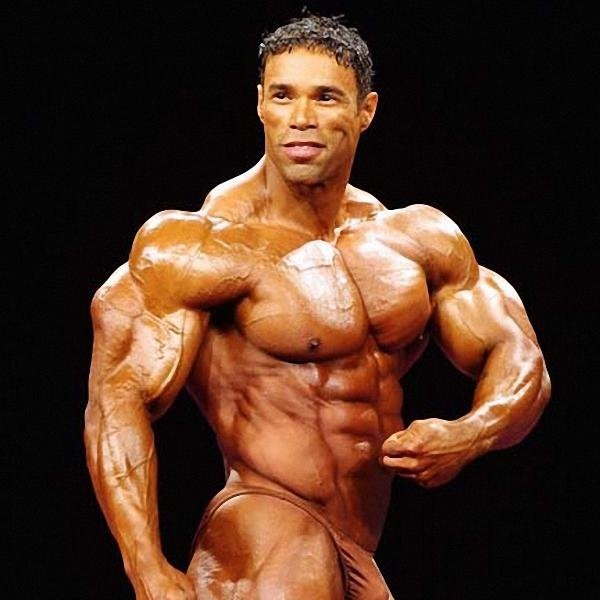 Chances are that you’ve never heard of Ahrens press. This forgotten exercise is fantastic delt builder.

Back in the 1950s, Peary Rader – one of the most reputable bodybuilding historians – repeatedly noted that Chuck Ahrens is the guy with widest shoulders of all the people in the world.

According to his accounts, Ahrens had 57 inch chest and 21 inch arms, and could perform a two dumbbells press together with 162 in each hand for 4 reps. Ahrens is considered as a mystery man, the reclusive power house, and currently there are not many photos that show his impressive size. At most of them he is either shot from the back or his hands are covered with long sleeved shirt.

According to most account, his exercises were primarily focused on his arms and shoulders, paying little to no attention to working out his legs. In addition to the lateral raises with heavy loads and the overhead barbell presses, there is one exercise he performed that acquired a reputation of a legend in the world of bodybuilding. It’s commonly known as Ahrens Press.

This exercise is a variation of the overhead dumbbell press, and Ahrens began using it out of necessity. In the Ahrens press, you don’t press the dumbbells straight up, but up and away from your body, positioning your arms into a V.

Ahrens chose doing it like this, because he used loadable dumbbells that were very long. As a result he was unable to press them straight up, because the dumbbells were hitting each other. Nevertheless, the exercise turned out to be very effective for developing monster delts, because the lateral pressing motion is forcing them to work harder.

Final Thoughts
The key to maximize muscular development is synergistically blending the most effective methods of the past with the newest innovation.