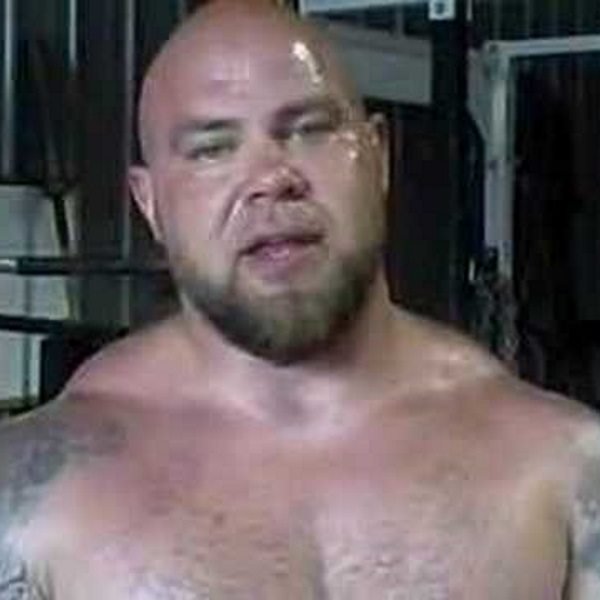 What You Really Need to Know to Get Stronger

1 – It’s not really about the training program. It’s about belief.
Regardless of which program, template, or exercise set/rep combo you choose, the most important thing of all is to believe in what you’re doing. Nothing else comes close. Even an average training program will become great when you buy into it 100 percent. If you truly believe in your training approach, the beliefs become your reality and nothing can stop you. Most reasonable training programs have the same basic components, so it’s not really about the program. The key is being “all in.”

2 – Think small, win big.
Too many people are sitting at the training buffet with hungry eyes and small stomachs. Their goals, commitment, and effort don’t match up. This is something we all go through. Case in point, every summer some high-school football player sends me a variation of the following question:

“My football coach tells me that if I gain 50 pounds over the summer, increase my bench press from 225 to 300, and get faster, I have a good chance at playing. What template should I follow? Also, what do you think about creatine?”

While the enthusiasm is admirable, you wish the kid had at least one foot set in reality. Maybe the football coach is having a bit of fun with him. “Sure kid, you’ll play. If you gain about 50 pounds of muscle and get faster and grow a foot taller.”

Now we can all have a good laugh about this as we’ve all been there, but way too many people stay in this dreamland. Their commitment and effort isn’t on par with their goals. Here’s how to correct this problem:

First, lessen the goal; make it smaller. Now before you go all self-help on me and scream, “You gotta dream big!” let’s look at this in a practical way. Progress in the weight room, no matter how small, is still progress. Anyone who complains when they’re making progress, even if it’s small, is simply a chump with a suck attitude. Instead of thinking big, think small and keep your head down.

If you squat 300 pounds right now, focus all your effort on getting to 305. Never look up. Never calculate where you might be eventually. Figure out where you’re going next, and then 310 will drop. Soon after, 315 will be there and if you keep focusing on the process — the work you do every day, every week — 400 pounds will be there before you know it.

The greatest success comes from those that love the process and focus on getting a little bit better. The trick is to not come up for air and admire the view. That’s when you get shot in the head. You must love the grind, the unsexy mobility work, and the discipline to keep going day after day. All people seem to see is the glory on the field. They think, “Man, I wish I could run out on the field and the crowd would roar for me!” But there is no glory without the sacrifice.

3 – It’s the average days that result in the paydays.
The stronger you get, the longer you do this, the harder it becomes. There is no linear progress in training, at least not through the vast majority of it. And once you get to a certain point, it becomes harder and harder to make progress.

Dave Tate once said that the average life of a “fitness enthusiast” is around three years, then they move on to something new. That’s okay, we all have a few hobbies we didn’t stick with. Just check your basement or closet. But perhaps not so coincidentally, three years is also about the time things get really hard with lifting weights and the physical changes and strength gains really slow down.

There’s nothing wrong with being frustrated with lack of progress. But if you remain positive in your mission, the big breakthrough will come. I’ve been working with this one guy for years. He of course made great progress in the beginning. Now, he has a lot of average workouts and he’s learned that a lot of average days end up resulting in a few amazing weeks where he hits huge PR’s and smashes boundaries. That period, of course, is then followed by a whole lot of very average days.

It’s the average days that result in the paydays. Because the longer you do this thing, the more average days you have, along with some very bad days. You have to learn to keep the faith and persevere. As Joey Waters once told me, “The longer I’m stuck, the bigger the payoff.”

4 – The bigger your toolbox, the more options you’ll have.
While growing up trying to be a multi-sport athlete, I was exposed to a variety of sports, ideas, and coaching styles. This helped me prepare for just about any competitive atmosphere and coaching style. I had a wealth of experience that allowed me to transition. When I began working at Elite Fitness, I had access to a lot of different coaches with different principles. I didn’t always agree with them, but I learned. And when you learn different things, you can store them away for later when you need them. That’s how you build your toolbox.

It’s easy to get stuck in one way of thinking or one modality. But the bigger your toolbox, the more you have to draw upon when you need to. Let’s say you hurt your shoulder and can’t squat with a barbell on your back. What are your options? What if it’s snowing and you can’t go outside to push the Prowler? How will you adapt? What about being on the road with no access to a gym? How will you plan your training? What about getting older and finding yourself unable to bench press? What’s your next choice?

Having a huge toolbox allows you to seamlessly move on without being stuck in old ideas or what I call “honoring ghosts.” Remember that you don’t have to use everything now, but the more you learn the better you’ll be.

5 – What worked once may not work again.
It’s always tough to watch some middle-aged man try to do what he did when he was 16. While the thought process might be admirable, the reality is that we’re not the same people we were before and, likewise, neither is your body.

The easiest way to illustrate this is by bringing up something we’ve all seen a hundred times. A lifter goes from 180 pounds to 215 pounds using a certain diet and training plan. He remains stuck at 215 pounds and can’t figure out why he can’t get to 230. The thing is, he’s simply a different man at 215 with a different body and what worked before won’t work again. As you change, so must your training, diet, and mind. You can’t get anywhere if you don’t evolve.

6 – Science is fickle. Nothing replaces common sense.
Nothing is funnier than the seemingly constant scare tactics used by well-worded headlines and liberally interpreted studies. The bottom line is that whatever you want to believe, you’ll have a friend in science. There are numerous experts out there, especially in the diet world, who constantly cite research to prove their way is the best. And hell, how can they be wrong if the science backs them up? It’s always entertaining to see a couple of diet gurus go head to head, spouting studies in an effort to win a virtual battle.

A former classmate of mine worked for a company that provided statistics to companies through surveys and scientific research. He admitted that the studies usually worked backwards. In other words, the companies that hired them told them what results they were looking for and my former classmate found them data to prove it. It doesn’t seem so far out when you see all the conflicting data out there.

This isn’t to say science is to be ignored, but don’t think that your beliefs are without criticism. There are always huge gray areas and let’s face it, a lot of lies. Just watch any documentary by vegetarians or Michael Moore.

7 – If your shit is good, it’ll show in the results.
People will disagree with you. Get over it. The training world is full of huge egos. And these huge egos are very fragile — especially in the age of the Internet. Lots of tough guys get a lot of butt hurt. But those who truly believe have no reason to scream.

For a long time, I responded to criticism by defending my views on training. Now, I’m okay with people having a different thought process. There are plenty of people I disagree with, but the thought of always being right or needing to have other people to agree with you is asinine and will cause you nothing but stress.

It’s always funny when people debate some topic and it gets heated, especially in the strength world. The words are pointless and spending a lifetime trying to convert others is a lifetime wasted. Just go about your business and get the work done. If your shit is good, it’ll show in the results. I’d rather show someone how to make progress rather than show them why someone else’s ideas won’t work. Hell, I know I’m right anyway.