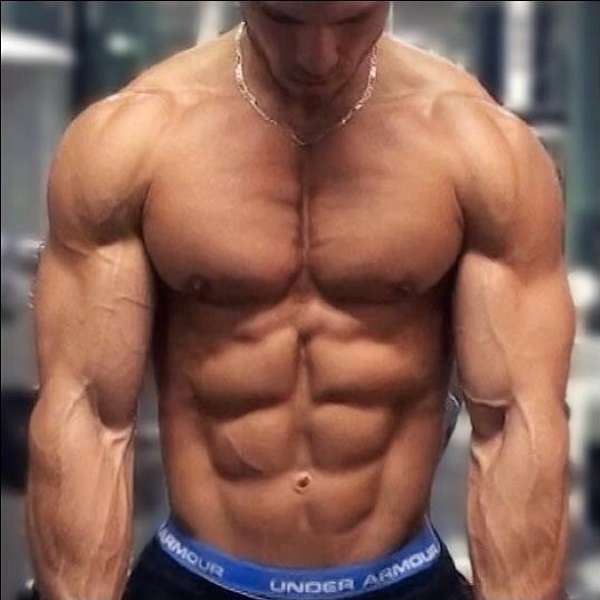 Don’t be fooled and have it cost your abs.

With abs often being a casual benchmark of fitness, it’s no wonder there are so many myths and cheat codes surrounding it. Some are perpetuated by out of date programs, and some are developed by people too lazy to actually break things down for themselves. We all get information faster than ever because of the internet. This also means that the wrong practices get spread too quickly too.

While many of these myths are told with the intent to help, the bottom line is they are holding you back from massive gains – well no longer. Take a look at our 6 myths holding you pack from a 6-pack.

Myth #1: Men and Women are on equal playing field when it comes to abs.
Wrong. Unfortunately for women in the pursuit of 6-pack abs, nature is not politically correct. The truth is that women need more fat on their bodies to function properly. Things like childbirth, child rearing, and many other functions require a higher distribution of fat in certain areas – one of those being the midsection. Now is it impossible? Of course not, just one visit to Instagram to figure will straighten that out, but in general women do have to burn more calories and stick to stricter diet in order to achieve that glorious 6-pack.

Myth #2 You can have abs EXACTLY like the guys in the Magazines.
Genetics are a gift and a curse. The problem occurs when we want something from someone that is uniquely theirs. Abs for example. While it’s awesome to use dudes on the mags for motivation, you have to know that ultimately your abs are uniquely yours by genetics. Even if you carve out the fat, you’re probably not going to look like Taylor Lautner.

What you want to do is do the best with what you’ve got. If your ab muscles pop at the top, but not at the bottom, awesome, work on them even more. If you have a defined cut down the middle but not so much on the sides then rock with that too. It’s yours and nobody else has is it. That’s pretty awesome. Genetics plays a huge role in bodybuilding – it just can’t be ignored. So a big key to having insane 6-pack abs is to mentally prepare yourself to appreciate the hard earned abs you’ve built.

Myth #3: Supps as shortcuts.
We know so many of these guys in the military. Can’t pass a PT test because they didn’t take their Supps. Supps are a short cut to a long fall. We’re not saying they aren’t useful but strictly relying on this will set up for failure. This is a conversation that comes up constantly in bodybuilding when you talk to beginners or the “average Joe.” Supplements, steroids… whatever. It’s truly about the hard work and dedication. Sure, supplements help but they are never the key.

You’re going to have to put the work in. Abs ultimately come down to diet, burning calories, and adequate rest.

Myth #4: You can train abs daily.
Abs are like any muscle. It needs rest. Sure you can train them everyday, but after a certain point you’d just be spinning – even harming yourself. Rest is always a vital role when it comes to muscle growth. You hear about certain bodybuilders doing push ups or crunches daily… but that’s to help build that mind-muscle connection. So that when the real training starts you can maximize control of your abs and put them through the most grueling workout possible. But you still need rest. Never forget that.

Myth #5: Certain Foods Blast Belly Fat.
This is a total Myth. Not the fact that there are fiber-dense foods (such as citrus and leafy greens) that help you shed fat, but that these foods target just belly fat. The truth is that these foods contribute to a full body fat loss, companies just say that because it sounds better. Hell, we’ve even done it ourselves a few times.

Myth#6: Crunches Are Still The Way To Go.
While crunches are definitely effective – often considered the best single exercise at working arectus abdominus (the main outermost core muscle) it’s range is limited. It’s much better to get all the way fit. Build muscle, burn fat, and get strong all in one shot with weight training. Ultimately you want to target the specific muscles in your abs (and everywhere else while you’re at it) in order to create the best sculpted 6-pack possible. Not only will your six pack come in faster, but it will be bigger and stronger to boot.